i am currently building a device that requires a NRF24L01 module to send radio waves to another NRF24L01 to be picked up and interpreted. This is a using an arduino running a code to transmit data via NRF and another arduino above it to receive those signals as seen below. 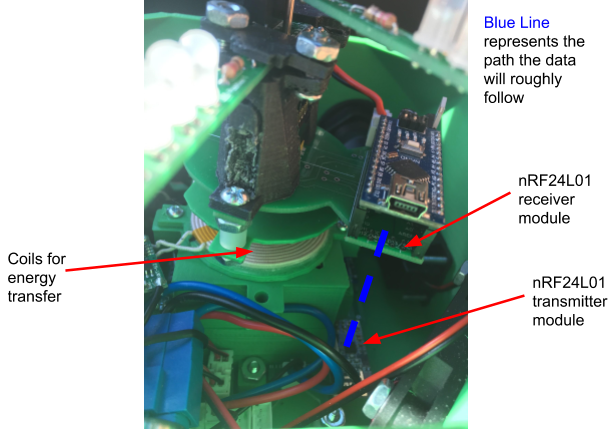 Everything works perfectly until the wireless charging coil which is in between the 2 NRF modules is turned on. After supplying power to the coil which powers the arduino above to receive NRF data from below no data is being perceived at all. Normally colors are supposed to change when the mouse moves, but instead the same color from what was left when other experimenting took place is the only color lingering as seen below. 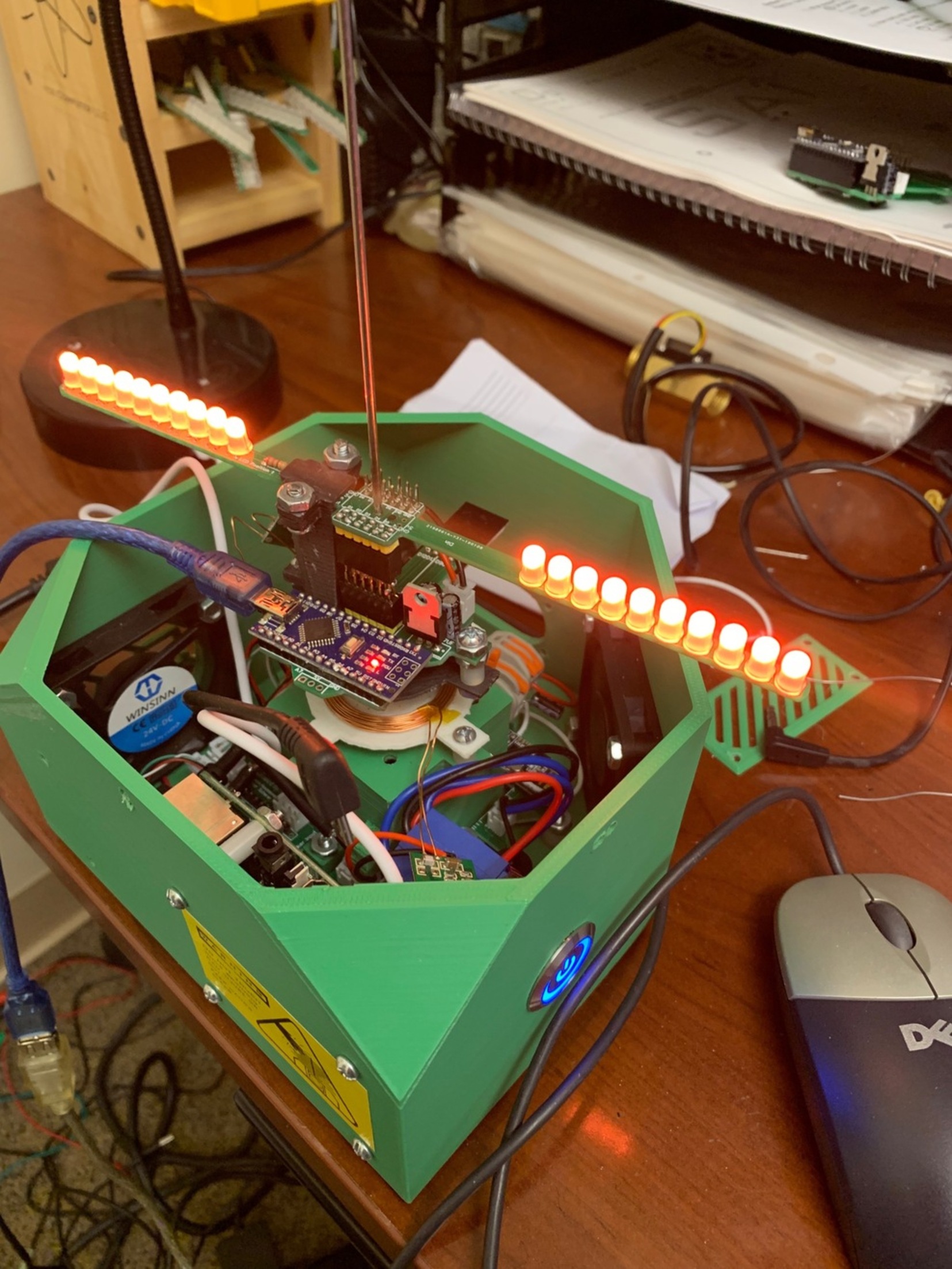 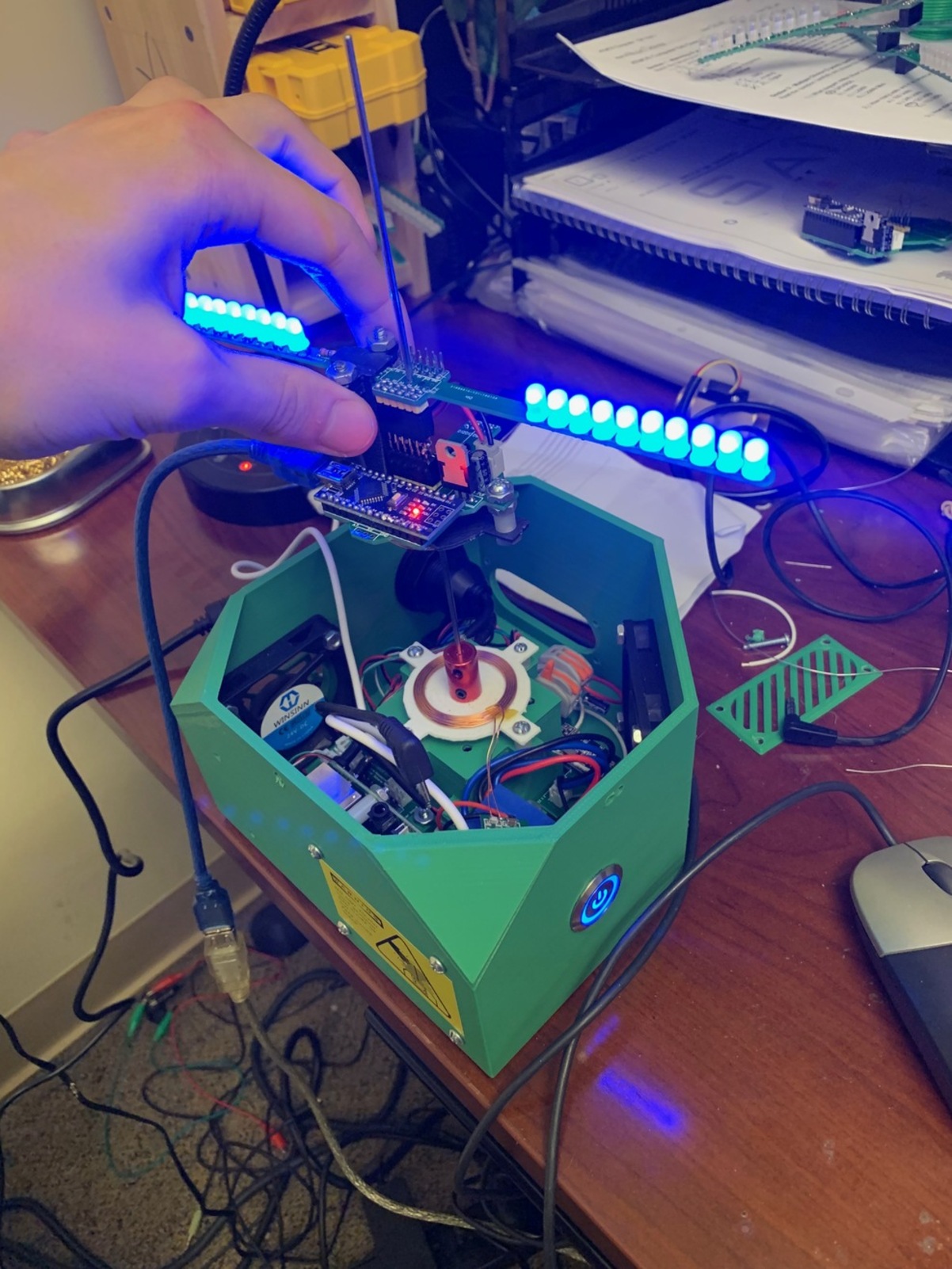 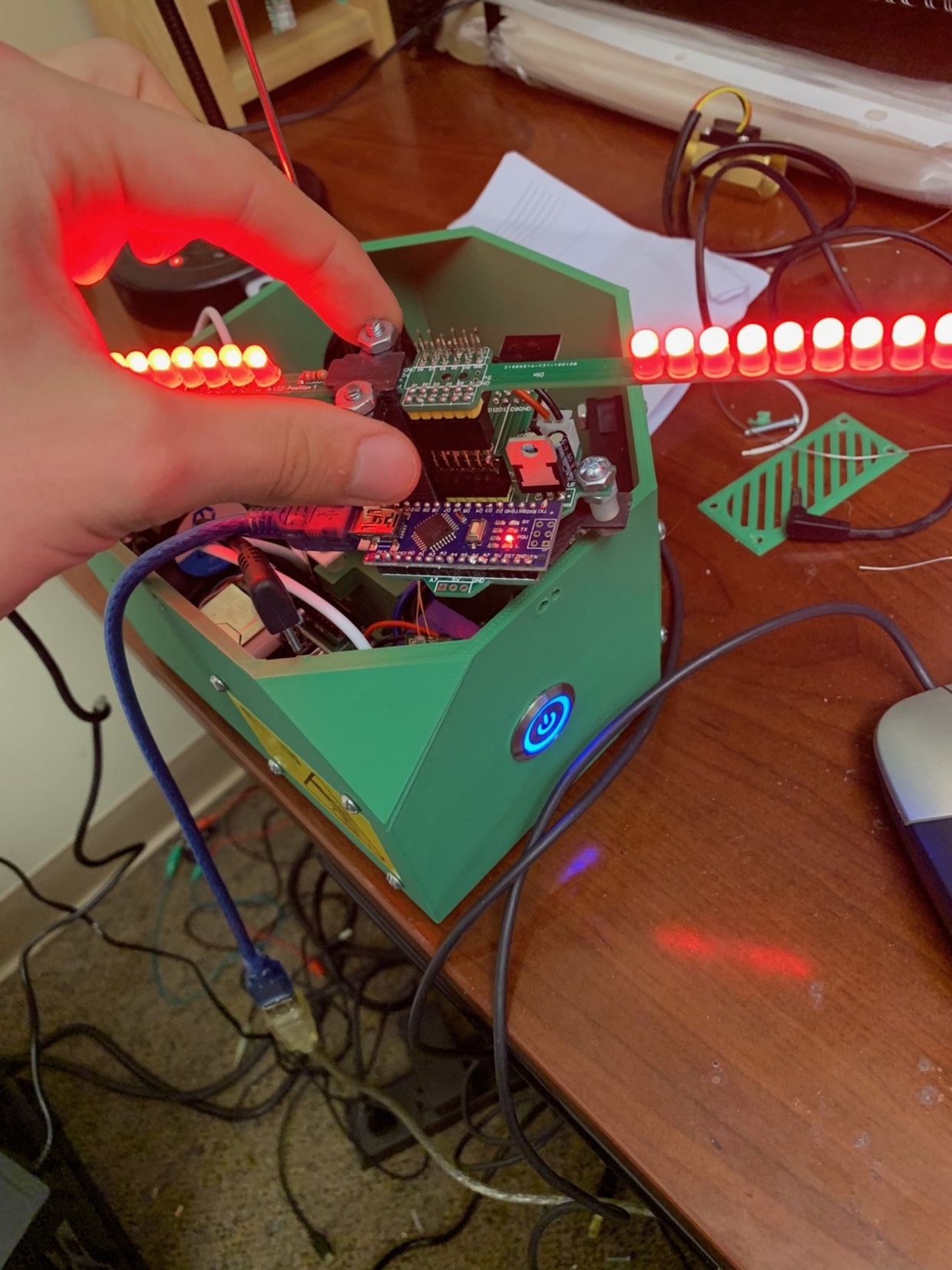 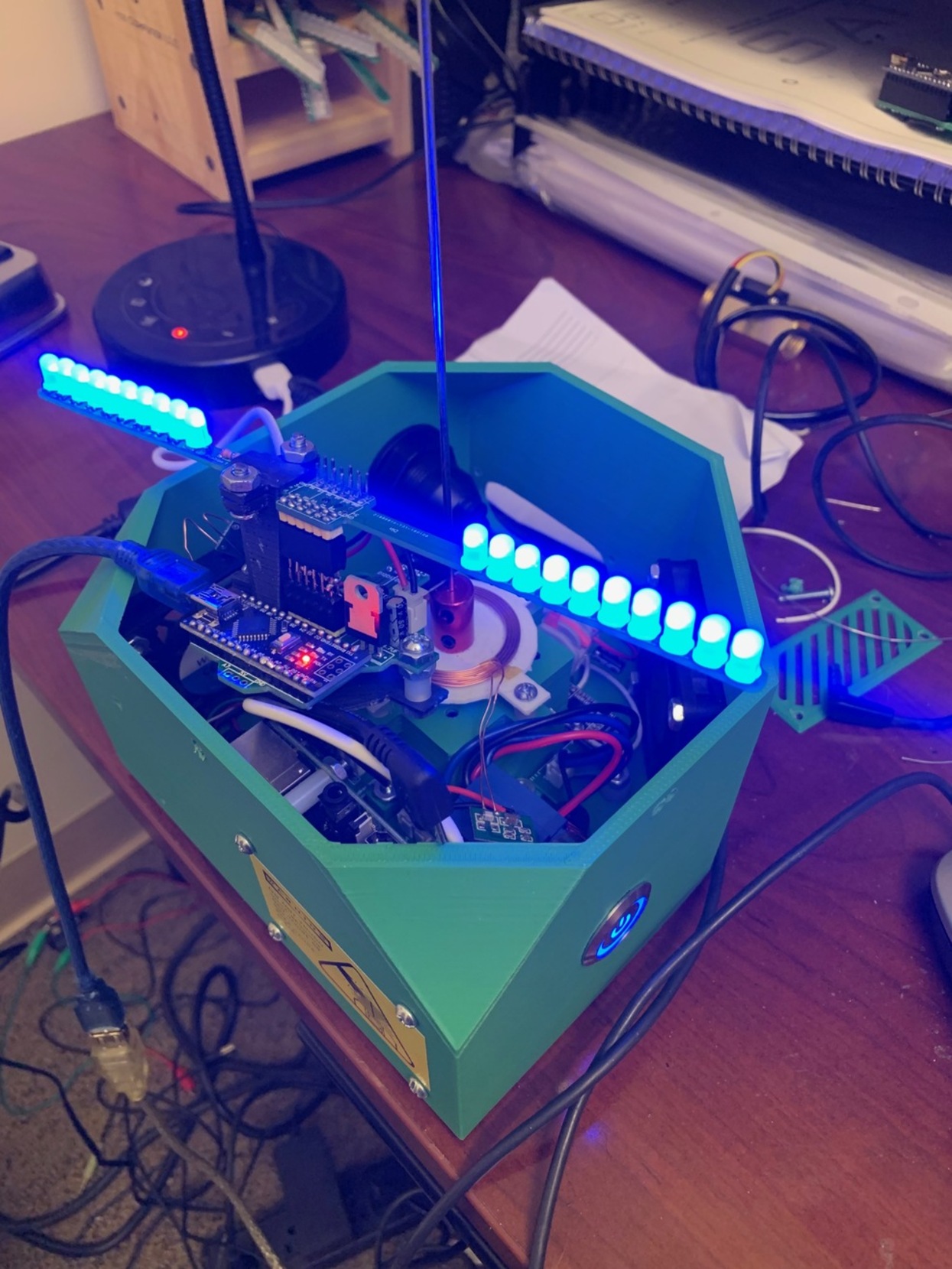 I understand this may not make a lot of sense so here is a short video describing what is happening. Video about problem

My question here is mainly what can i do to fix this issue? will changing the radio frequency from 2.4 GHz to 2.5 GHz or anywhere in between make a difference? Can i mount the NRF transmitter module on the green wall seen in the pictures so that it is above the wireless power coils? or do i need to use a different method of communication?

here is the data sheet datasheet. Apparently the coils operate at 0-5MHz

As an additional option for your design, consider adding blocking elements to separate the wireless transmission of power from signal transmission. These could be Faraday cage style meshing dumped to ground or (possibly) some nickel based sheet metal stock. If it's easier to just move the receiver for data transmission, do that. If not, or if for some other reason you'd rather not move that receiver then maybe you can corral your signals using metal.

After struggling with what was truly going on for a couple of days it became apparent on how I need to fix this. At first it was thought that the message being transmitted from the NRF module was being messed up and therefor not being received. It is now known the coil was only messing with the receiving NRF module, but data could still be transferred through the magnetic field. This is because the frequencies both devices operate at are totally different. The solution here is to move the NRF module higher up relative to the wireless coils and everything works. Steel which is magnetic and could divert the magnetic field could have been placed around the coils, but because of the spinning that will soon happen the friction damage isn't really an option for me and was never tested.