I'd like to buffer the output of an operational amplifier using a source follower. 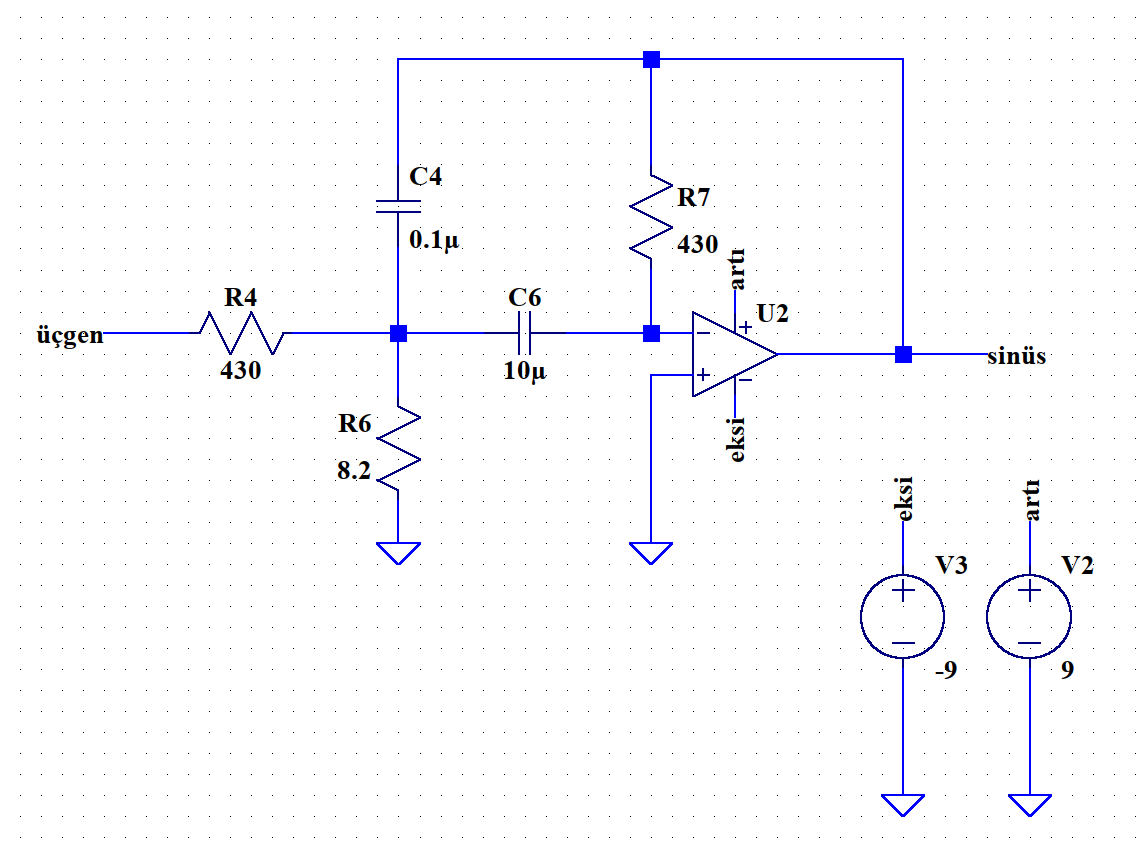 The operational amplifier produces a sinusoidal wave like this.

I would like to buffer this signal. To do that I use a source follower like that. 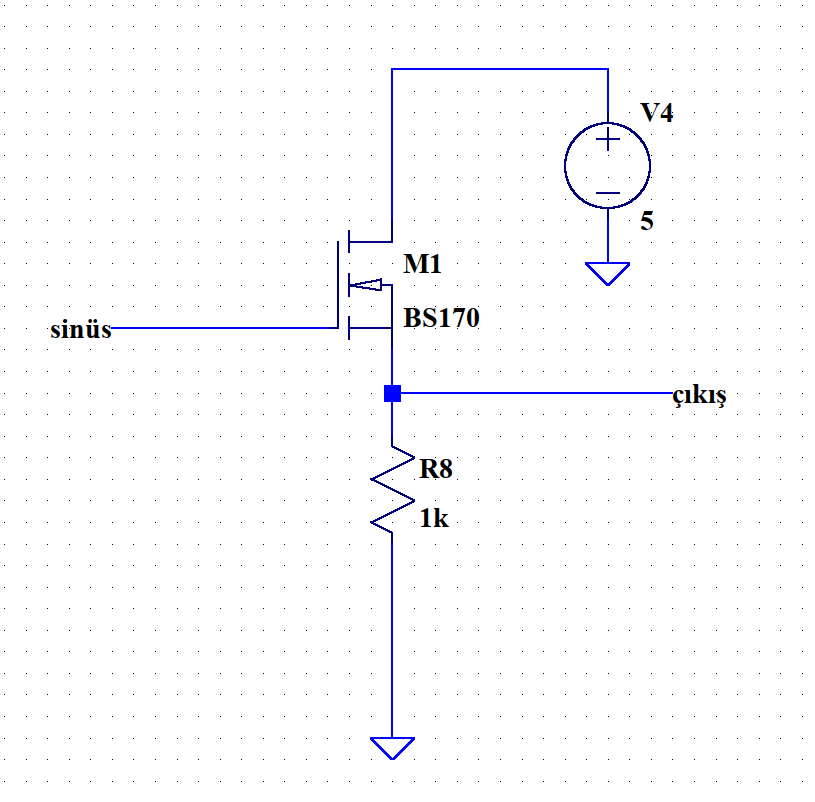 I tried a few things. 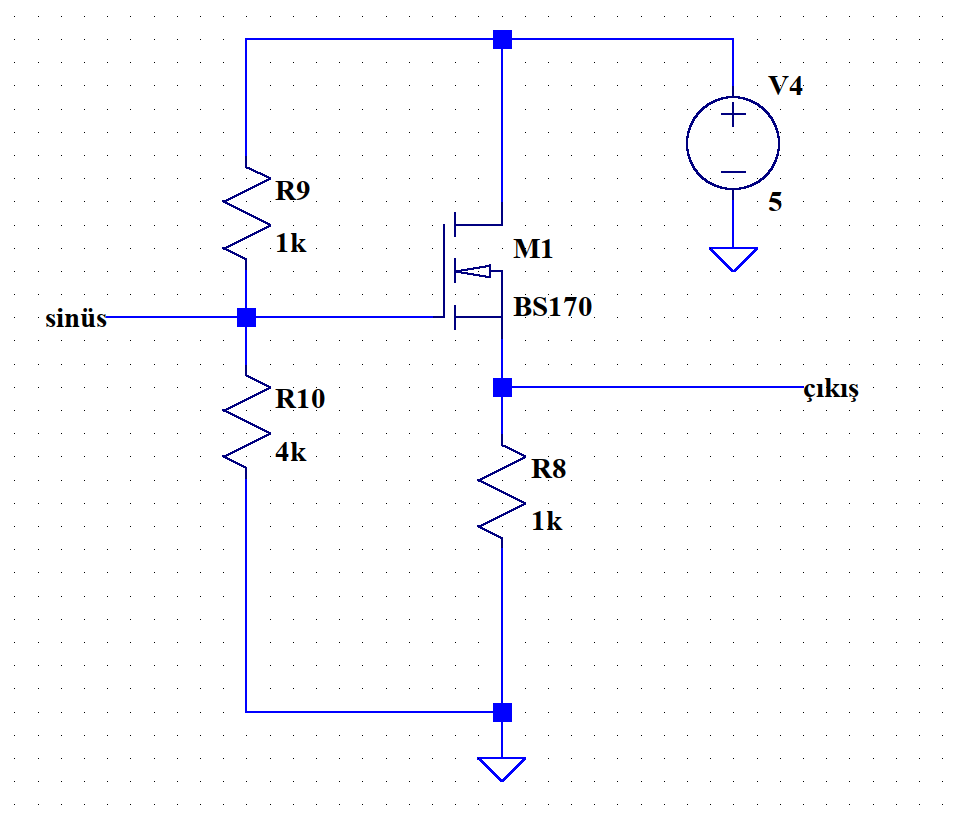 But I see only small signal at the input of the mosfet. And mosfet doesn't enters into saturation region. I tested this circuit seperately and it works fine on his own. 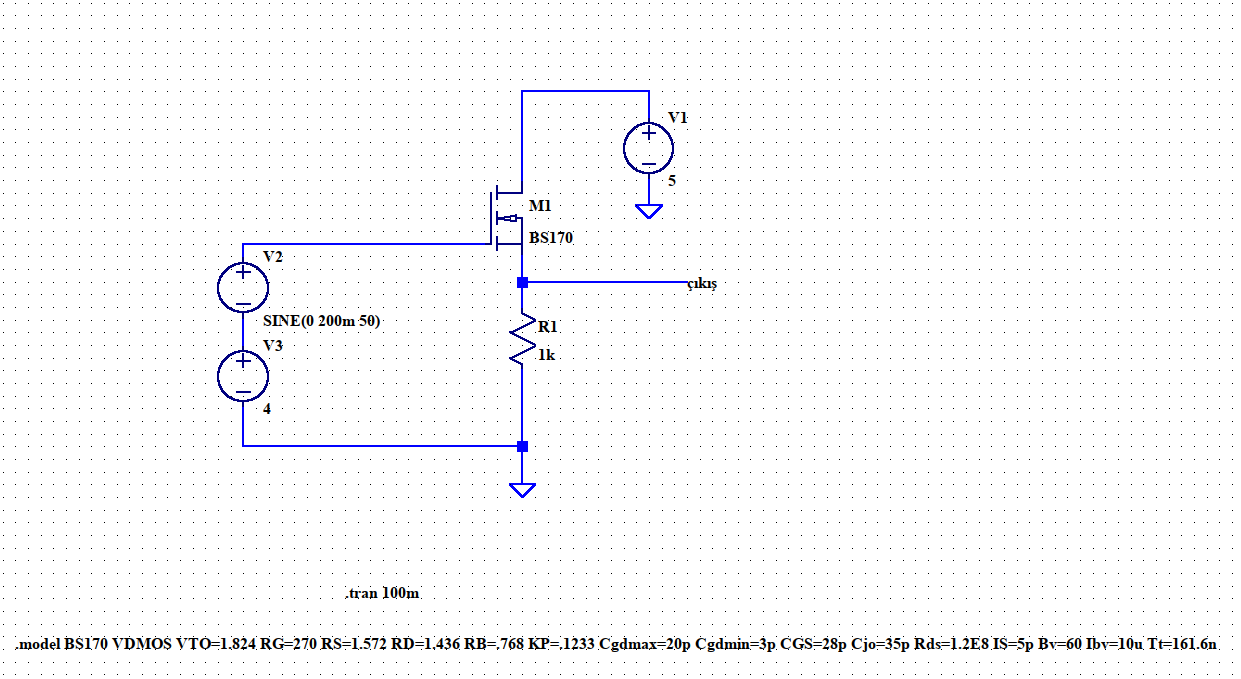 This is the seperate version of the source follower. I'd like to replace small signal sinusoidal wave with output of operational amplifier.

How should I bias the MOSFET using LTSpice simulation software?

Update : I added a voltage divider resistor network to the non-inverting input of operational amplifier. 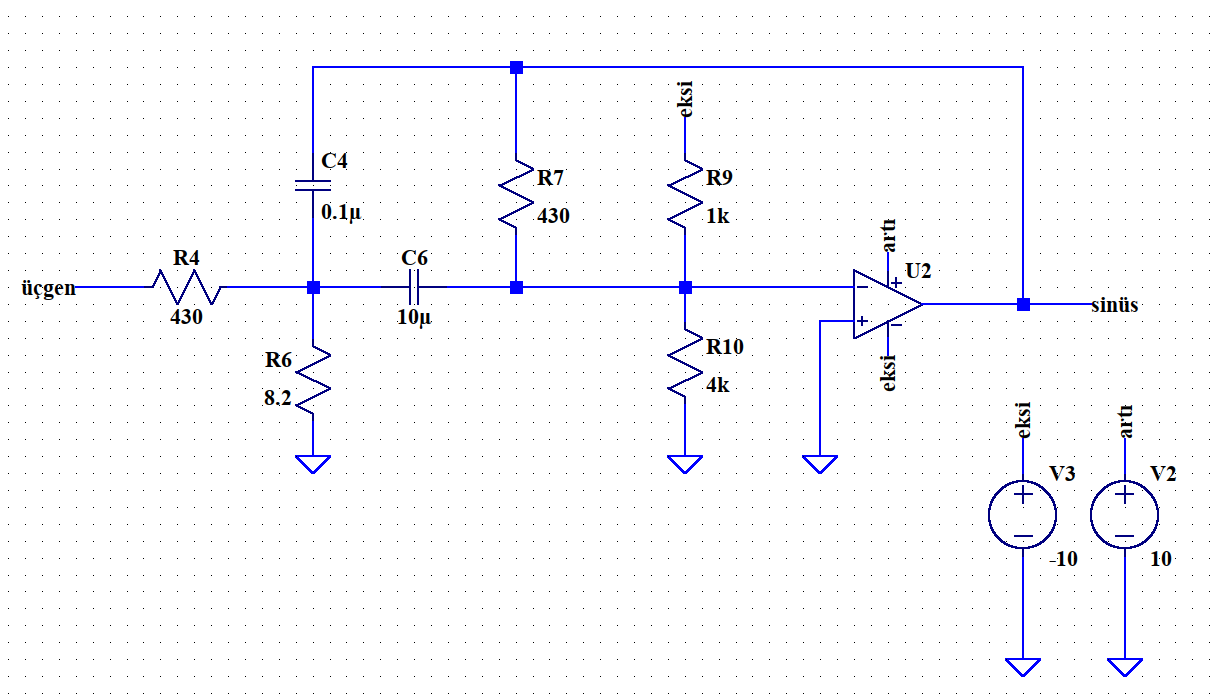 The input signal is a triangle wave. It's frequency is about 2.7 kHz.

Actual input signal, the green one in simulation looks like this: 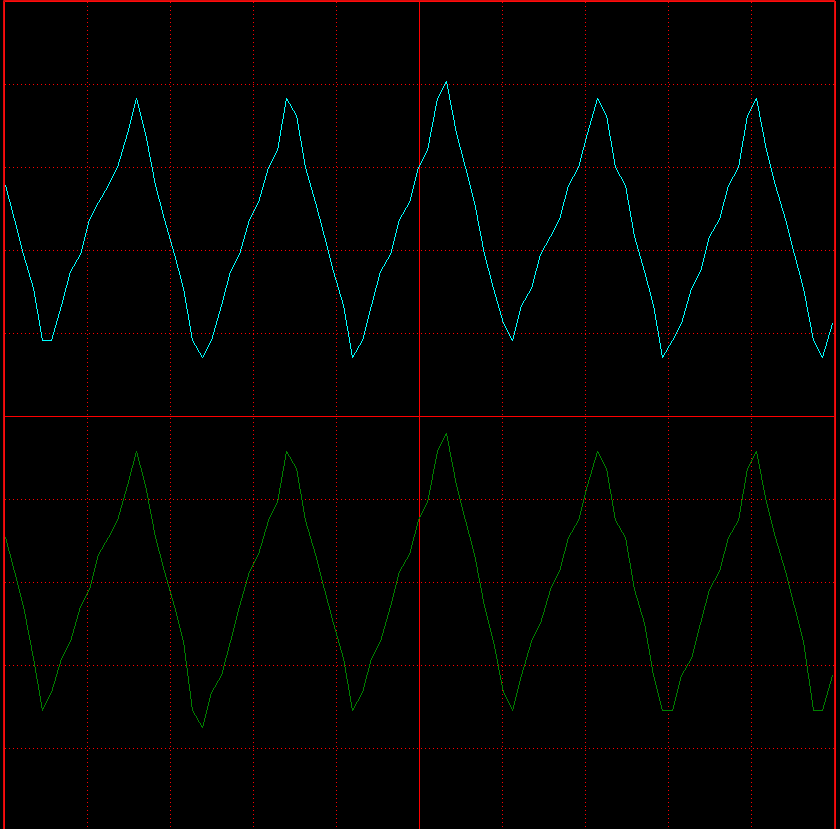 Source follower is as before 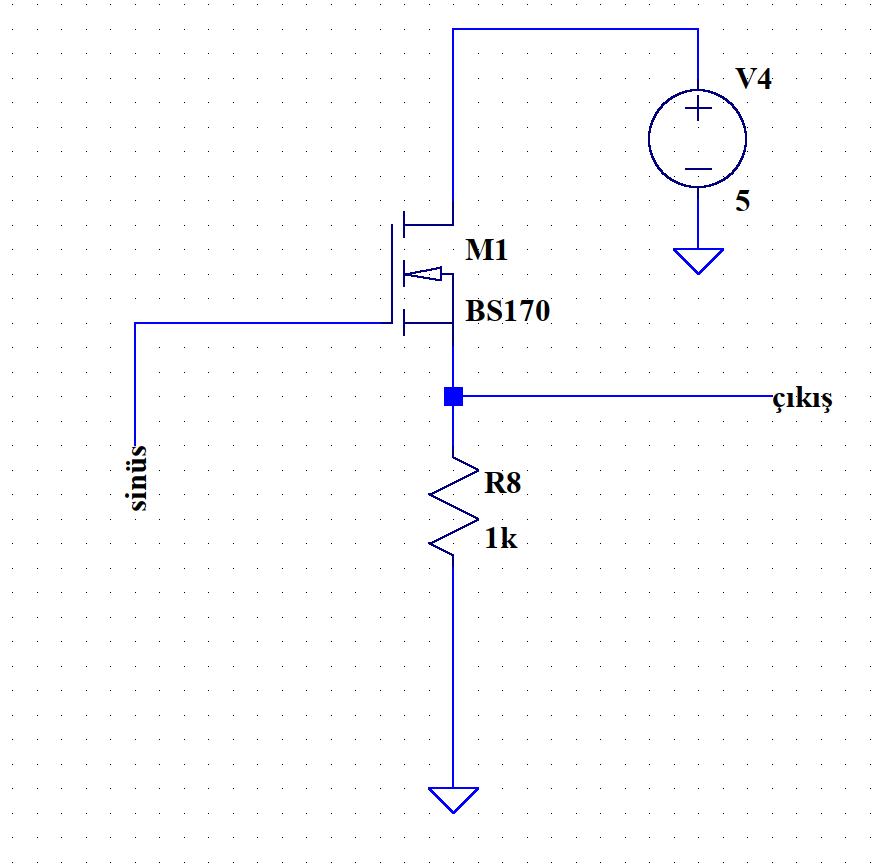 At first glance I used decoupling capacitors instead of non-inverting input of the operational amplifier. 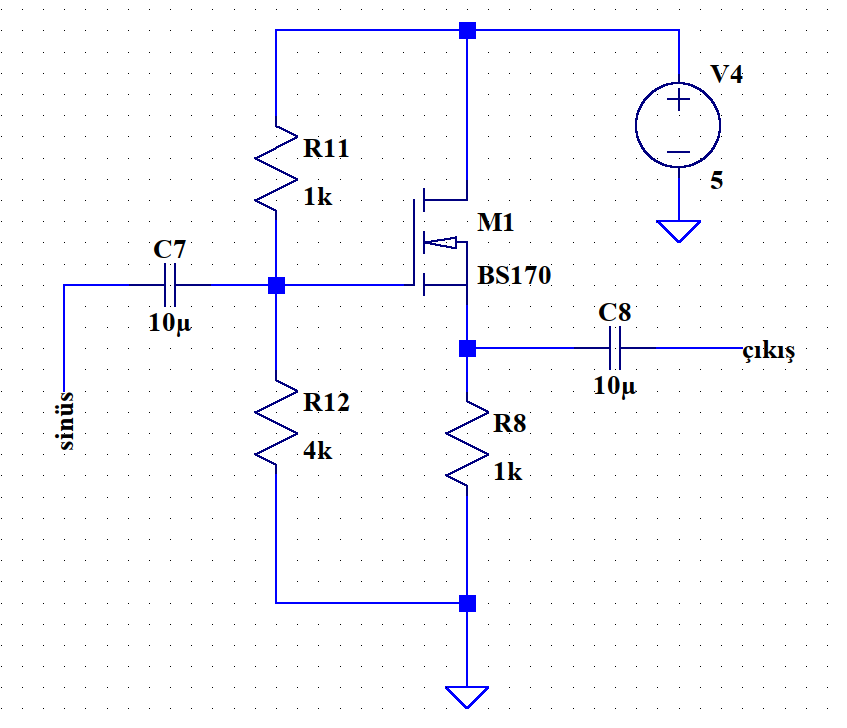 As you'd see input and output waves are almost identical.

This time hopefully I should be able to find the non-inverting input. 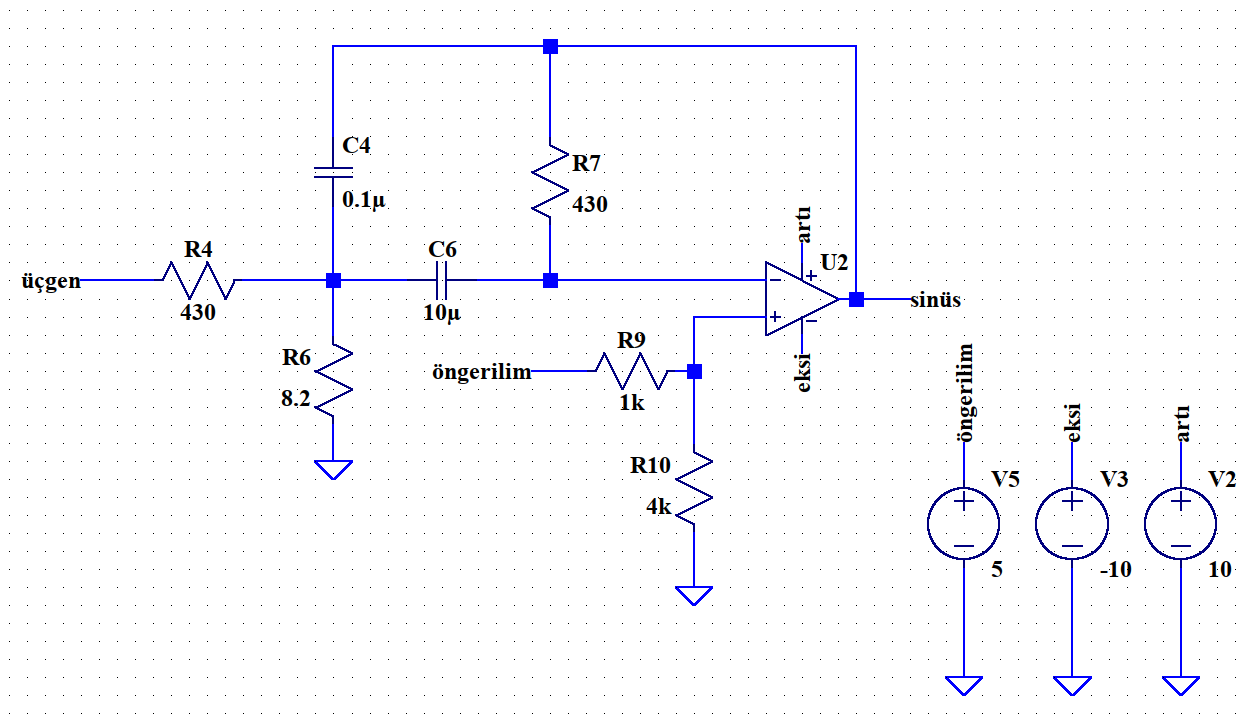 There is about 3.5 volt bias voltage on the output signal.

This time I removed the first decoupling capacitor at the gate of the source follower to be able to operate mosfet in saturation region. 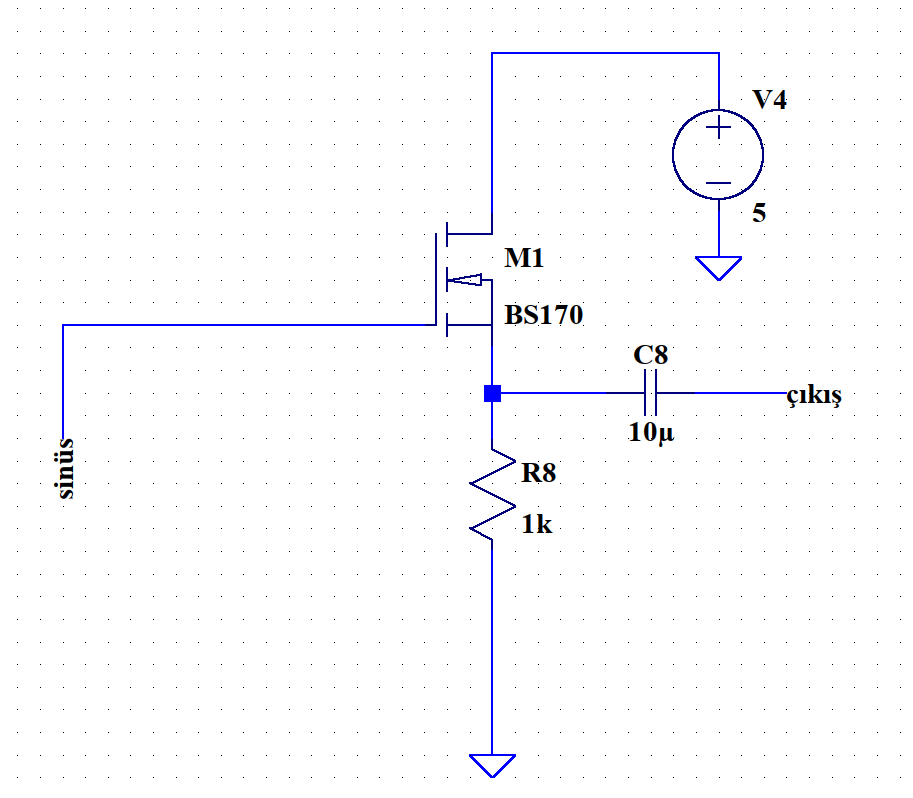 Also this time, the output of the source follower looks fine to me.

Your resistors do nothing but make the op-amp drive a bit more current. You can either capacitively couple it, or bias the op-amp up to a few volts by putting a divider on the non-inverting input.

Bear in mind that the threshold will vary from part to part, though you will not see that in the simulation. For this reason, an NPN BJT emitter follower is considerably more predictable.