How to find the problem of this old Marantz amplifier?

After a first question referring to resistor symbols, I'm back with this old Marantz PM-68 class AB amplifier and I will refer to components using their ID that can be found in the service manual.

When a friend gave me this amp, it was partially working. The sound wasn't bad, but random very loud explosion noises came out of the speakers every few minutes.

It eventually stopped working and I want to repair it. I changed all the main board's capacitors because some of the old ones were leaking. Some fuse resistors (3295-3298) were also blown out (maybe because of spikes when the explosion noises occurred), so I changed them too.

The left channel is now working great, I checked it by injecting sine waves on the input, and the output sines look beautiful! The power lines (+56V and -56V) are stable for both channels.

The problem is the right channel. After hours of debugging with my scope and multimeter, I'm left clueless. There is serious clipping on the bottom half of the sine wave. The bottom of the sine doesn't even exist! I checked all the resistors, diodes, solders (i found a few solders which had dried and were broken, so I fixed them). One of the transistors used for the bottom part of the sine doesn't feel as hot as the others when I touch it after a few minutes, and it's barely warm (7266). When I desolder it and use the one from the left channel, the same problem occurs, so it's not the transistor.

When I check the signal by putting my two scope probes on each side of the 2268 capacitor, I get very nice sine waves when the speaker is disconnected. But as soon as I plug in the speaker, the bottom half of the sine gets clipped.

What would you check in that situation? Can you think of something I could've missed?

Here is the difference between left (yellow) and right (blue) channels at ~33% volume: 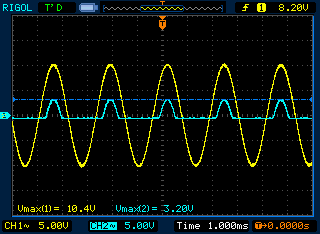 Here is the difference between left (yellow) and right (blue) channels at ~10% volume: 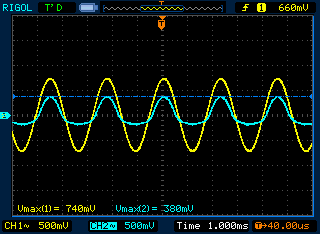 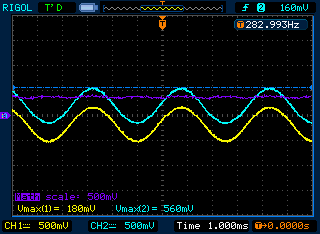 Here is the one I get on both sides of 2268 when I connect a speaker to the right channel: 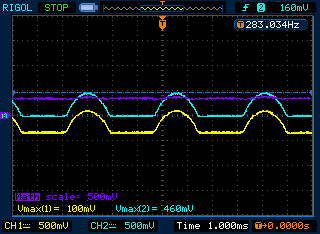 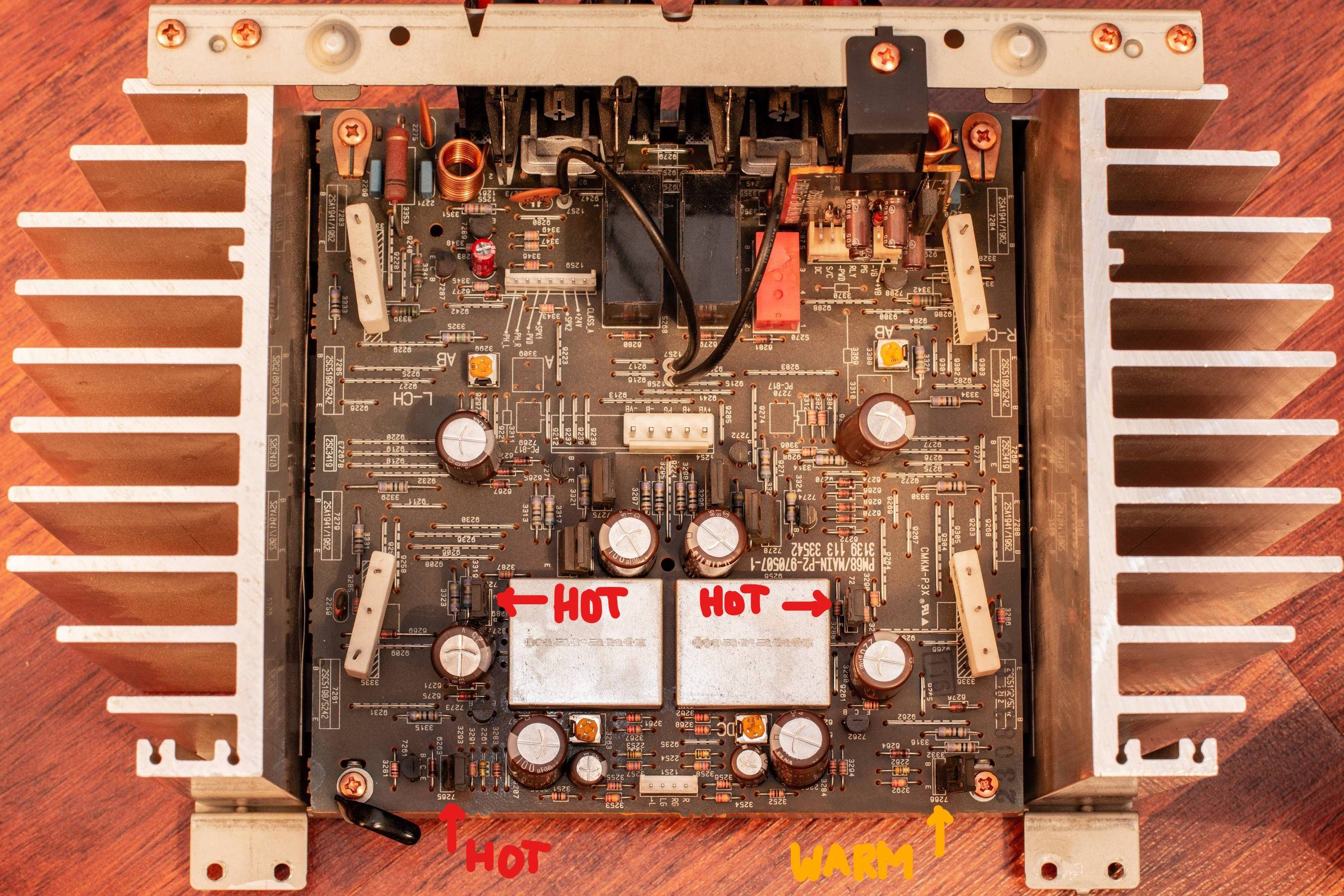 Here is the schematic of the right channel:

Here is a close-up view with the measured values under a small load (<10% volume potentiometer): 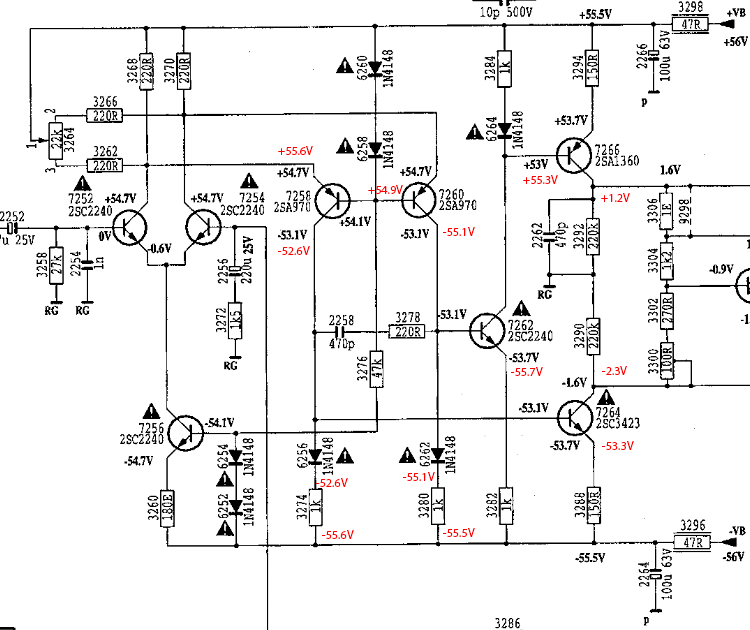 This is the signal at the base of transistor 7264: 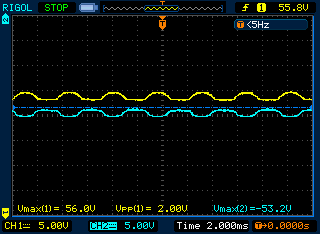 Are inputs to the diffpair at all similar? The diffpair is being driven hard to one side.

I'm answering my own question to highlight what the problem was, but I came to this conclusion thanks to all the very helpful comments I received.

Using power resistors to replace the speakers has been a very good idea and helped me a lot with doing measures at half power without damaging my ears with sine waves.

It appears the 6268 voltage regulator was faulty and acting like a wire. I don't know how I missed that, since I thought I had checked all the diodes...

I removed it from the PCB and there's already a great improvement and nearly a perfect sine!

I will replace it as soon as I get a new C3V6 zener diode.

Thank you for all the inputs! 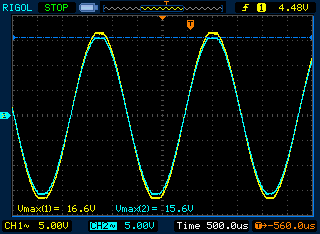 Not the answer you're looking for? Browse other questions tagged amplifier analog debugging or ask your own question.

5
Can a zener diode with a higher power dissipation be used in place of the original one in an audio amplifier?
10
What does this resistor symbol mean?

2
Combine left and right channel at speaker level
3
Audio Amplifier Repair Explanation
1
Potentiometer/attenuator between amp and speaker
4
Which is broken, the amp or the driver of this subwoofer?
0
Does this audio amplifier do differential filtering?
1
Why are one channel's transistors in a power amp getting much hotter than the other's?
0
What's wrong with this audio amplifier and stereo to mono circuit?
0
Stereo amplifier producing hum on certain conditions. How to troubleshoot/repair?