Yesterday, I was attempting to build a single-transistor Pierce Oscillator based on an old Application Note from National Semiconductor. According to the Application Notes, the following circuit was supposed to be high-performance, and has a high output-level (The schematics below is not the original one from the note, I've slightly adjusted component values to match the parts I own). 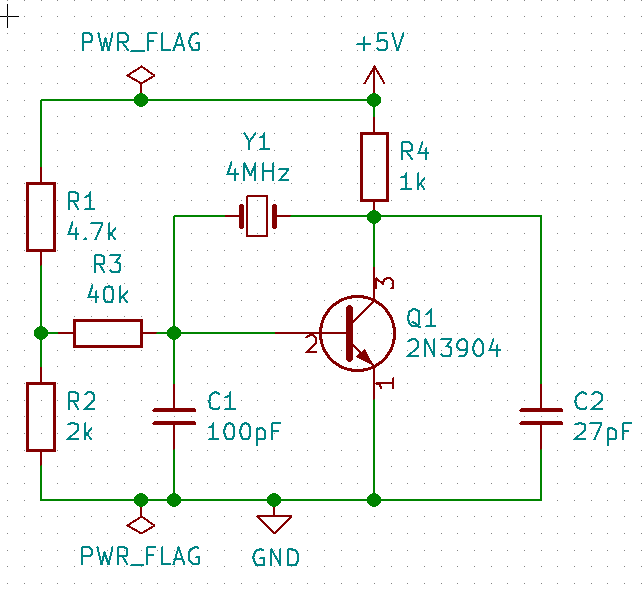 This is the actual build on a breadboard. I fully understand that breadboard is not suitable for circuits like this one, but it's just 4 MHz, so I didn't expect major issues (edit: the transistor has a typo, it should be labeled "CBE", not "BCE"). 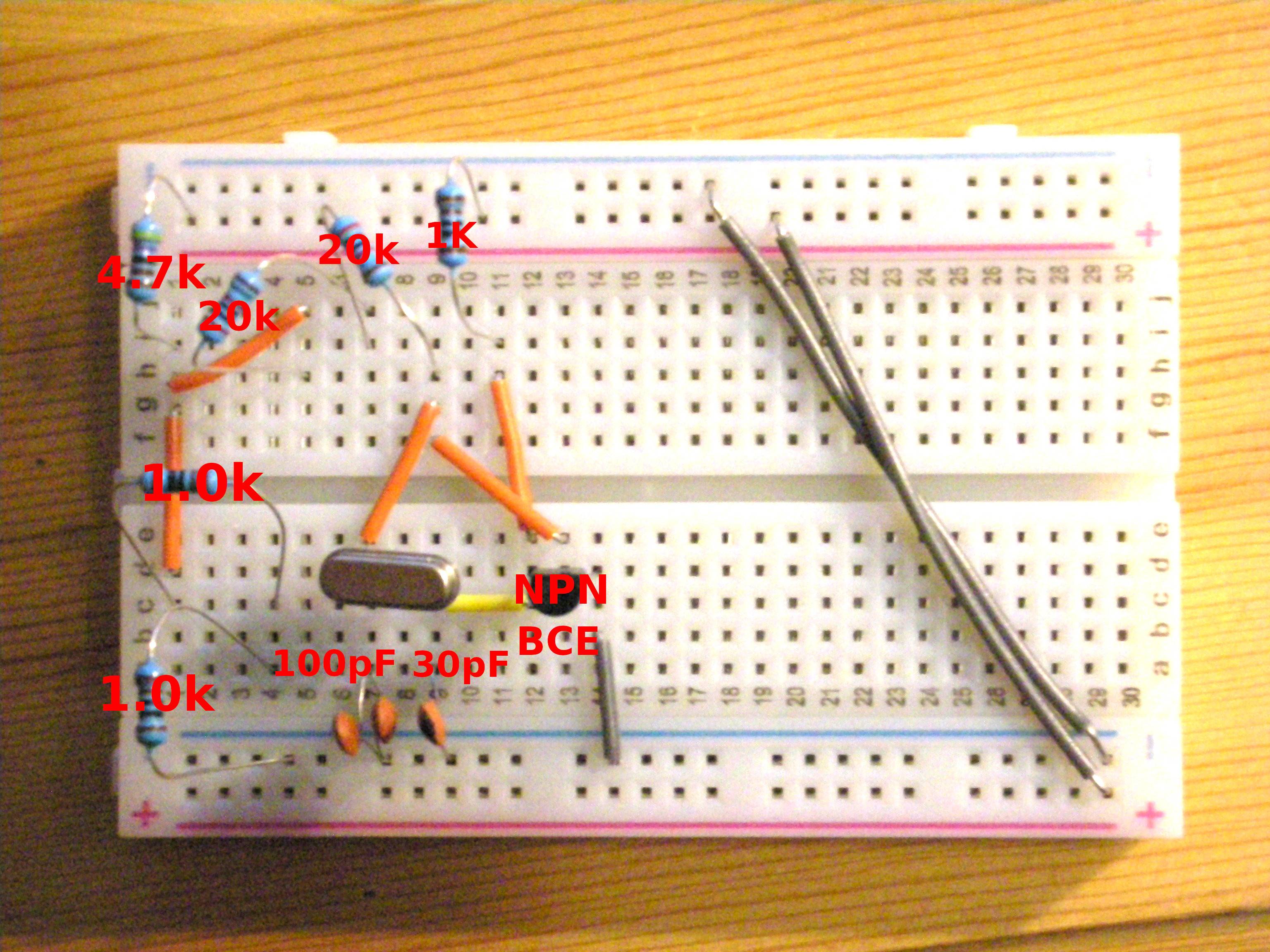 But it was disappointing, the circuit was not working properly. The output from the oscillator was too low. I was seeing a sine wave ~700 mV Pk-Pk, with a ~1.8 volts DC bias. Furthermore, it shows a very high output impedance, the signal would completely disappear if a load of 1000 ohm was connected.

I didn't record it, the following is not the actual waveform, but it's a bit similar to the non-working waveform. 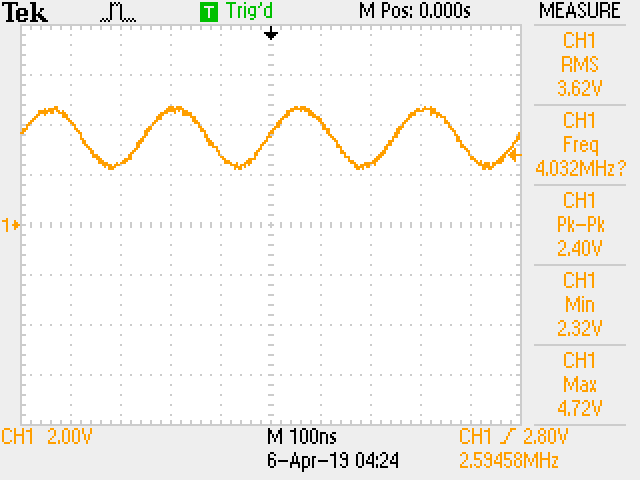 But today, after a night of sleep. I removed my unsuccessful tweaks and restored the breadboard to the original circuit. And I found the oscillator suddenly starts to output a large 5 volt Pk-Pk signal. The output is so large that it distorts the sine wave. 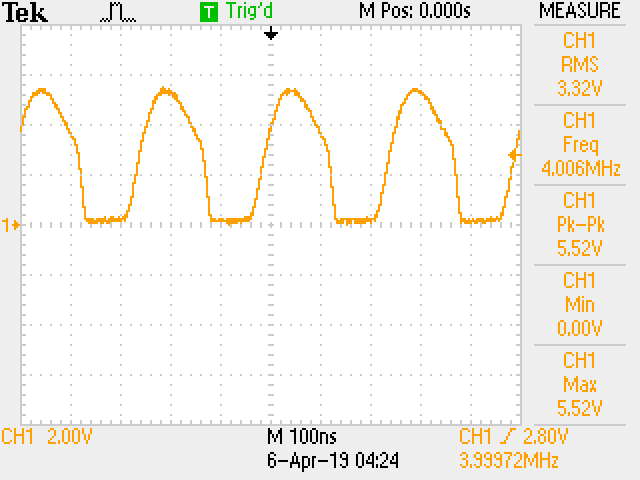 Secondly, how can I reduce the distortion of the sine wave? Can I increase the value of R3?

You probably had a bad connection the first time around -- either you explicitly plugged something in wrong, or you had some corrosion on a wire or something. I've been there, done that.

Generally your last goal with an oscillator is to get a clean, high-amplitude sine wave. You can make that from the waveshape you have. What you usually are interested in is good frequency stability and phase noise characteristics (or jitter, if that's how you want to specify things). While there are crystal oscillators that'll get you a nice clean sine wave, I don't think you'll get it from this circuit.

Not the answer you're looking for? Browse other questions tagged transistors oscillator or ask your own question.