I'm looking into building my own li-ion battery pack. I read about linking the cells in parallel and in series, and how to add a BMS. I would like to build a 12V pack with a very large capacity (mAh). So I need to build a 3S pack and then link the 3-series connected cells in parallel.

What I don't understand is: does the BMS need to know about the number of parallel connected cells, or can I simply keep adding them up?

For example, one BMS I was looking at had this illustration: 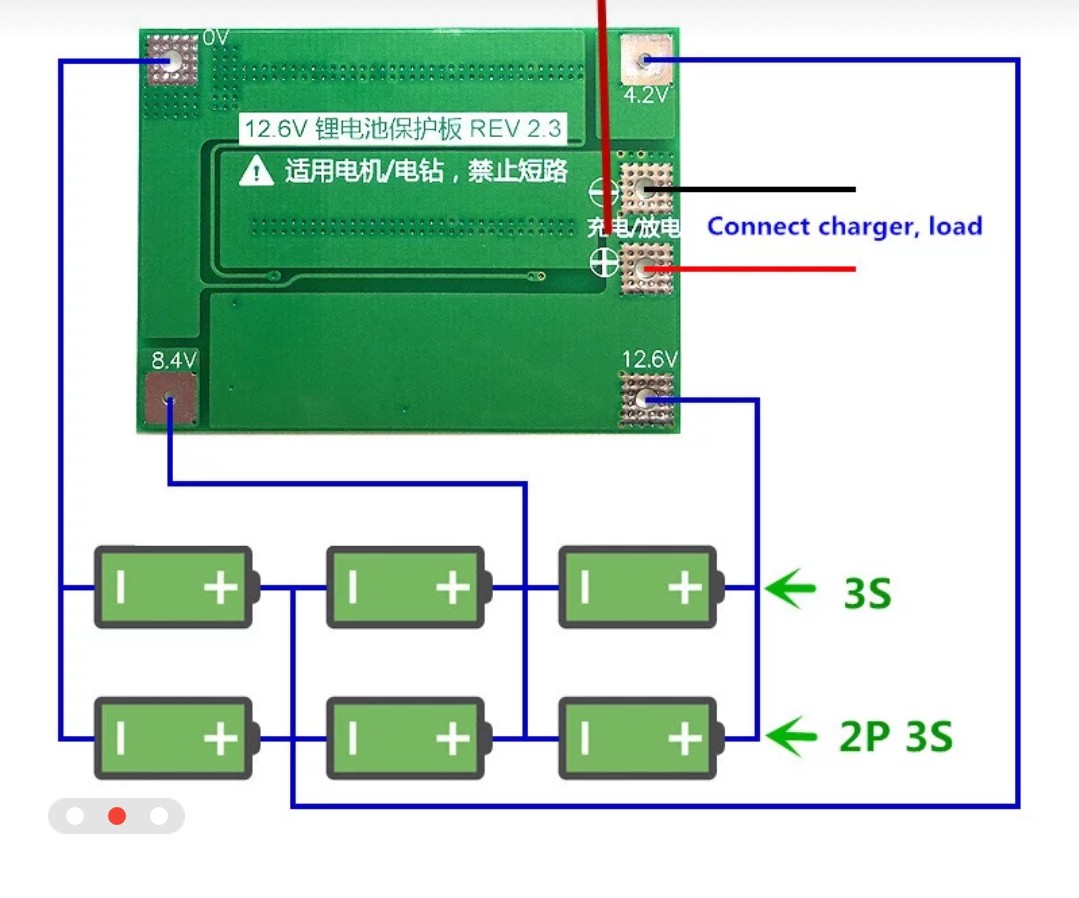 b) In the event of a failure of one cell, the other undamaged cells in parallel with it may discharge into the damaged one, prolonging and exacerbating any 'vent with flame' event, turning a mess into a catastrophe, turning a damaged battery into a damaged vehicle or building. I talk from experience, my brother lost an eBike and the van in which it was being charged, and would have damaged any adjacent vehicles as well but for being parked in a remote corner of the carpark.

You can mitigate this latter problem by connecting a fuse in series with (ideally) each cell, or at a minimum with each small group of parallel cells. The smaller the group of cells, the closer it can be fused to protect it.

Not the answer you're looking for? Browse other questions tagged batteries battery-charging lithium-ion cell-battery or ask your own question.

10
Charging Li-ion batteries in parallel
6
Lithium Battery Pack - Do I need BMS within parallel connections?
5
Do I need a BMS for Li-ion batteries connected only in parallel?
1
Connecting battery cells in series VS using boost converter
0
18650 pack with many series BMS for faster charging?
4
Connecting battery packs in parallel and series, each with their own BMS
1
Is it possible to only fill a Li-ion BMS partially?
0
Charging lithium-ion cells in series individually with multiple CC regulators from a single power supply