I am currently trying to repair a pen-tablet-monitor, which has what i call a 'blind/dead row'.
Meaning that i can draw everywhere, but there is this one row, where any input is either picked up by a row above, or below.

I visualize what a drawing would look like:
The red strokes symbolize the borders of the 'dead row'. 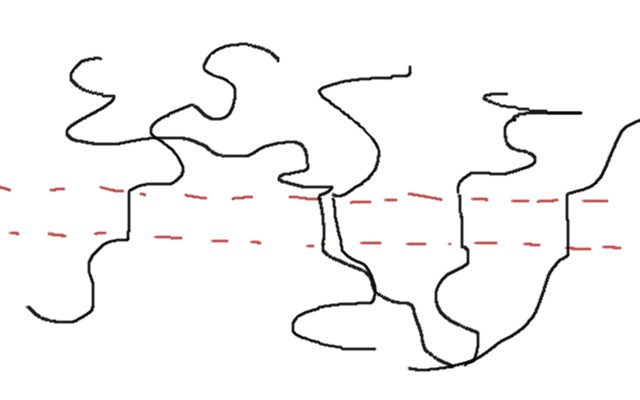 I stumbled upon this video fixing dead areas on graphics-tablet and tried cleaning any connections using isopropanol, but it didn't solve the issue.

But i took a closer look and found something, which seems strange to me. On the PCB that receives input from the sensor-board via a ribbon-cable(34P), there seems to be a solder-bridge between two of the pins. I tried my best taking a picture of it: 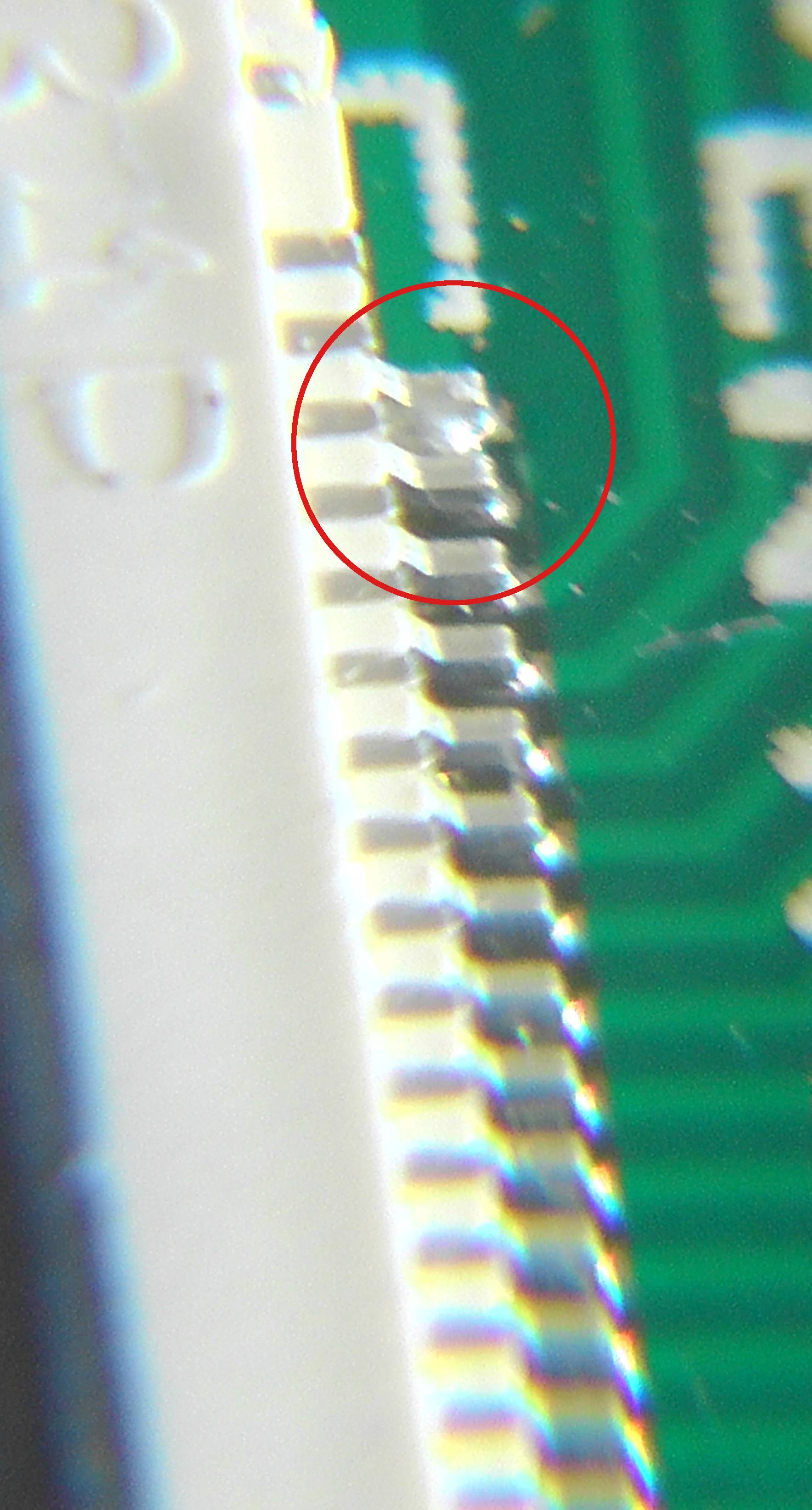 Now to my question (finally):

Might this not be something which is done by accident, but something that is actually fulfilling a purpose?
Are there cases, where something like this is used consciously (i.e. soldering together two pins directly after the interface)?

I really don't want to de-solder this connection until i can be reasonably sure, that it is the unwanted solder-bridge that i think it is.
Thank you!

edit: I was asked to provide further(better) images, and here they come: Also this time i took a closer look at the pcb, and well... these two pins don't even have two separate traces, but one connected.. at least this is what my nooby self is seeing. 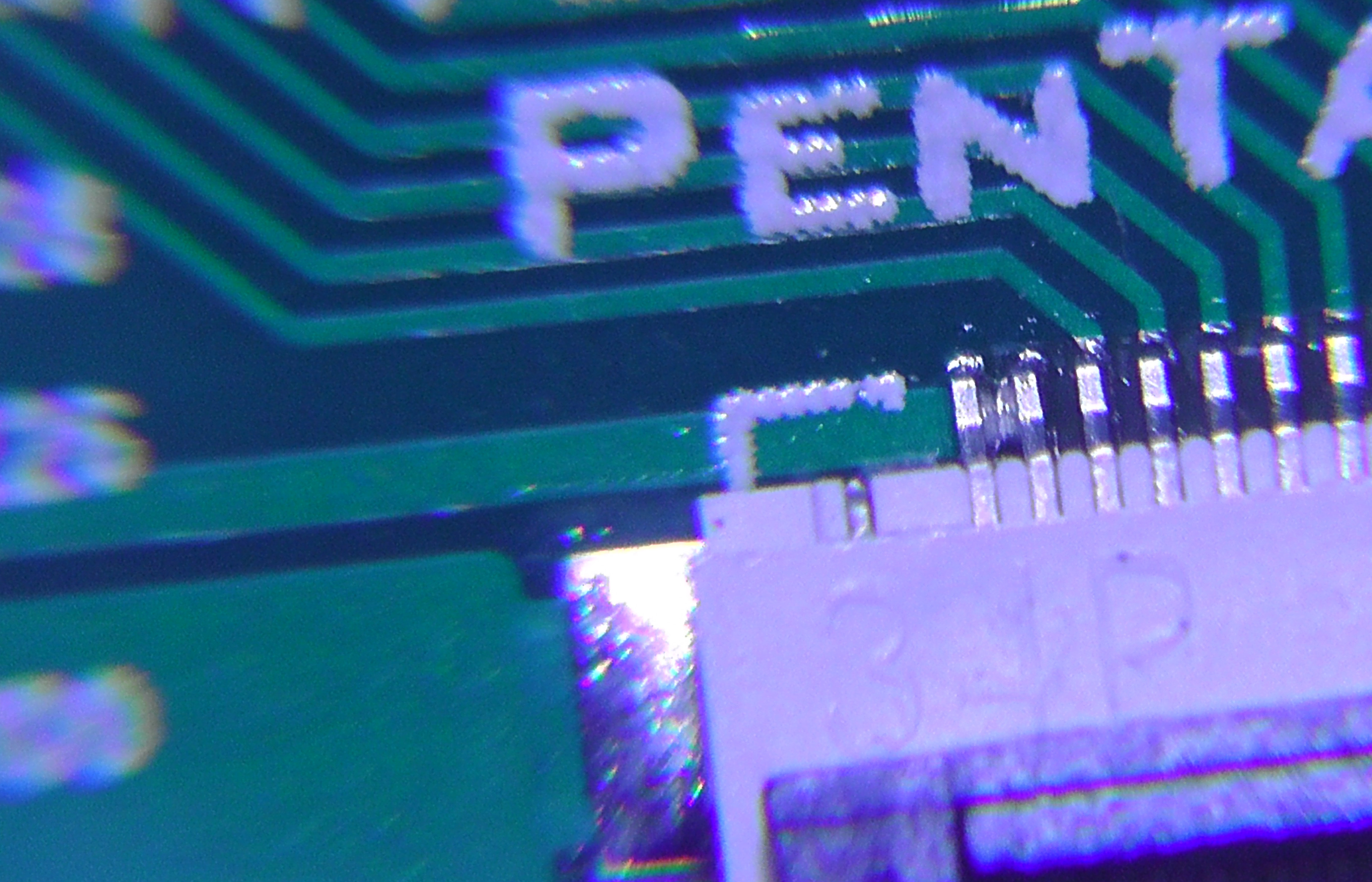 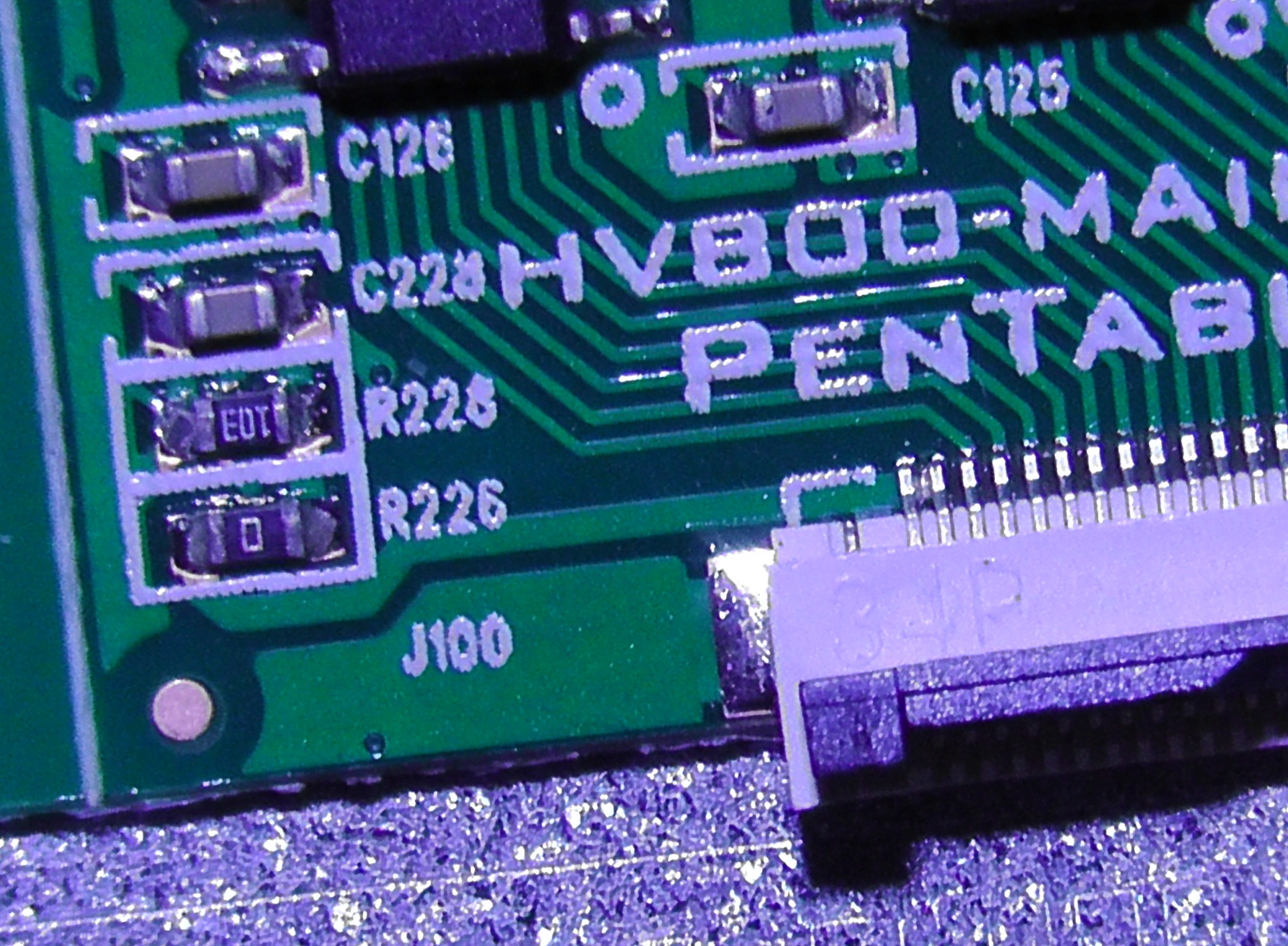 Your photo is too fuzzy to tell if there is a trace connecting the two pins.

One thing is certain:

If your tablet/monitor ever worked correctly, then this bridge isn't the cause of your problem.

That bridge didn't spontaneously appear. It also didn't just suddenly start causing problems. That bridge looks to have been there since day one.

You need to look elsewhere for the cause of the problem.

The manufacturers usually have the processes well enough in hand that you would only get bridges on places where you want them.

Mistakes do happen, it would usually cause a larger problem than the subtle error you mention.

I'm thinking that solder bridge is deliberate. There is not a trace leading away from the inner pad.

In addition, if the unit ever worked correctly in the past, that solder bridge could not be the cause of the problem.

Not the answer you're looking for? Browse other questions tagged pcb soldering repair reverse-engineering or ask your own question.

5
Removing solder effectively
1
How-To: Bridge 2 Pins Without Soldering
3
Methods for removing solder from inside a header socket
2
Damaged Solder Joint?
17
How to remove this component from PCB
0
How to solder qlpf48 (or how to fix it)?