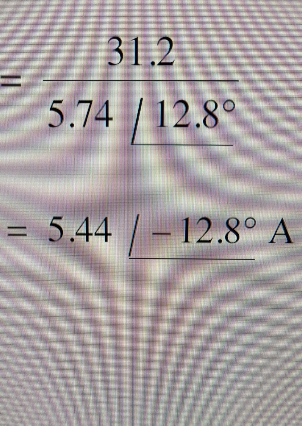 It sounds like you don't know that polar form is actually shorthand for exponential form of complex numbers.

Polar form is just a shorthand form of exponential so you can write things more cleanly (it doesn't have any real mathematical meaning on its own).

If you want to know why exponential form is equal to cartesian form, you should look it up. In words, when you expand the exponential form using the Taylor expansion. Each term has a j to which either an odd or even exponent is applied. The even terms cause the j to disappear while the odd terms cause j to remain. What's left is a group of real terms and a group of imaginary terms. The real terms happen to be the Taylor expansion of cos and the imaginary terms happen to be the Taylor expansion of sin. It's magical. I recommend you just take a glance at the math. That's enough for you to know in the back of your mind where it comes from.

The Photon probably gave you a way too terse answer. But it's correct, just the same. I'll provide a way too long answer. (tl;dr)

It's best to think of a magnitude (the length of the hypotenuse or radius vector) and its angle as being based upon the circle and the trigonometry definitions that mathematicians have established as "standard." Zero degrees has the vector pointing to the right from (0,0). 90 degrees has the vector pointing straight up from (0,0). Etc. So as the angle grows larger, the vector sweeps around counter-clockwise around the circle.

Now, if you place this value in the divisor of a rational, then what you've done is reverse the direction of rotation. Now as you increase the angle, the resulting vector magnitude sweeps clockwise, instead. So you have to negate the angle given in the divisor because the resulting expression has the angle given in the numerator (with a divisor of 1) and that angle, by convention, should have the effect of rotating counter-clockwise.

Prelude to a Mathy Approach

I guess you might as well get used to it. So let's discuss the miracle of Euler's formula:

This formula maps wonderfully to the standard trigonometry definitions used for the unit circle on the Cartesian graph. The only oddity being the use of \$i\$ (which maps to the plotting on the old \$y\$-axis.) It's really a lot more than that, as the use of \$i\$ actually deals with rotation and the (x,y) approach does not, inherently. A lot of study went into rotation in 3D, as well, with the result eventually being quaternions. There was a push by a few mathematicians, in fact, to make quaternions the "standard." But there was overwhelming opposition and it never took on.

I'd like to recommend that you view 3Blue1Brown's wonderful Euler's formula with introductory group theory video. You almost cannot avoid learning a great deal from it and he is almost a magician at presenting it so that you can almost feel it in your guts so that it never leaves you. Please take a moment and watch it. It will really help a lot.

Note: Multiplication in the complex domain combines rotation and also stretching (called scaling by mathematicians) in a single action. In Cartesian notation, it is rather difficult to work out the original angles and the resulting angle of rotation. But in polar notation, the effect of multiplication on rotation is quite easy to understand. (You only need to sit down and try out rotation by angle \$\theta\$, but only using Cartesian notation, to apprehend what I mean.)

Now, just suppose that we've decided to use the power of Euler's in electronics. It's not a bad idea because electronics has magnitudes (voltages, currents, etc) and has frequency-dependent rotation taking place. Euler's is a silver platter, of sorts, for this kind of thing. So it was a natural. A DC voltage might be written as \$\sigma=\operatorname{ln}\left(V\right)\$ and \$\omega=0\$ (other constant values for \$\omega\$ could also be used for DC -- the important bit is that there's no variable \$f\$ for frequency present in it.) An AC voltage might be \$\sigma=\operatorname{ln}\left(V_0\right)\$ and \$\omega=2\pi\:f\$. (Though once time is introduced, the use of \$\sigma=\operatorname{ln}\left(V_0\right)\$ would lead to a time-dependent spiral, so it's common when introducing time to set \$\sigma=0\$ in electronics unless the spiraling behavior is also important to some question in mind.)

When you divide with exponents, you can simply negate the exponent and bring it up to the numerator. This is just another way of saying the same thing I started out saying, which is that the divisor rotates things in the opposite direction as does the numerator.

That pretty much tells you way in a mathy way, I suppose. There are dozens of other ways to explain it, I'm sure.

When analyzing the frequency response, the vector magnitude stretching aspect isn't used. So \$\sigma=0\$ and only the \$j\:\omega\$ (rotation rate) portion is kept. For that kind of analysis, all that's needed is \$s=j\:\omega\$ (as \$\sigma=0\$.)

Not the answer you're looking for? Browse other questions tagged ac passive-networks or ask your own question.