Using a LED with an ESP8266 module

I'm building a project that uses a high power LED (3 Watt) in connection with an ESP8266 module using the module as an access point and connecting to it with my smarthpone. I've successfully managed to switch the led on and off with my smartphone and connecting the I/O pin to a logic gate MOSFET using a simple LED circuit with just a resistor and the MOSFET. 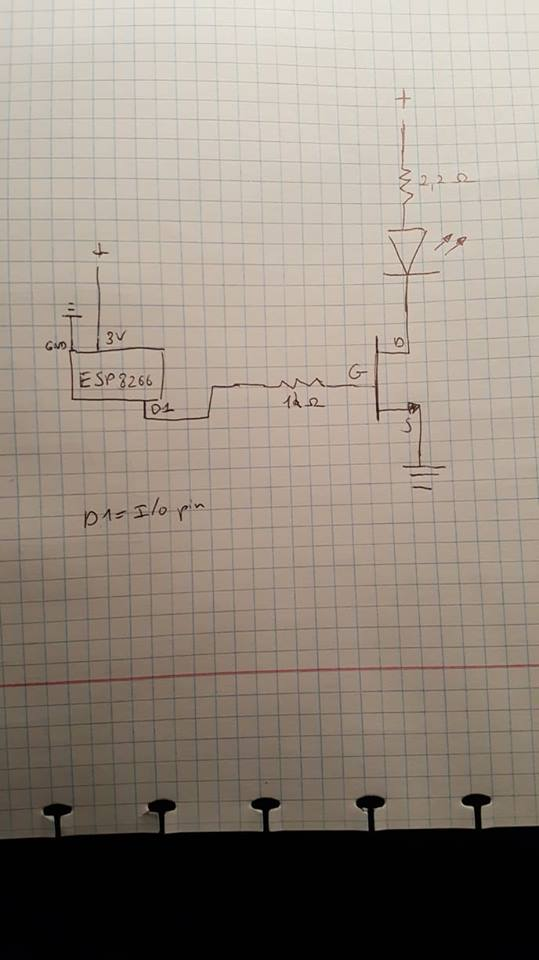 Now though I want to have a better and more efficient circuit for driving my LED and came up with this the 1A constant current supply is supposed to be a 3.7v lithion ion battery but i didn't know how to use that with the program I used to make the circuit so by no means is the current supply constant(see image) 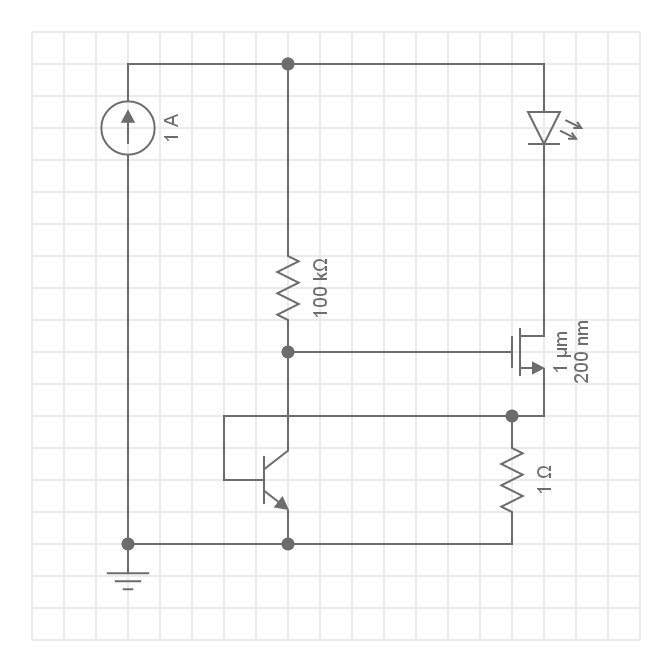 This isn't my own design, I found it online, the reason why it's better is this:

the value of R3 determines the set current." 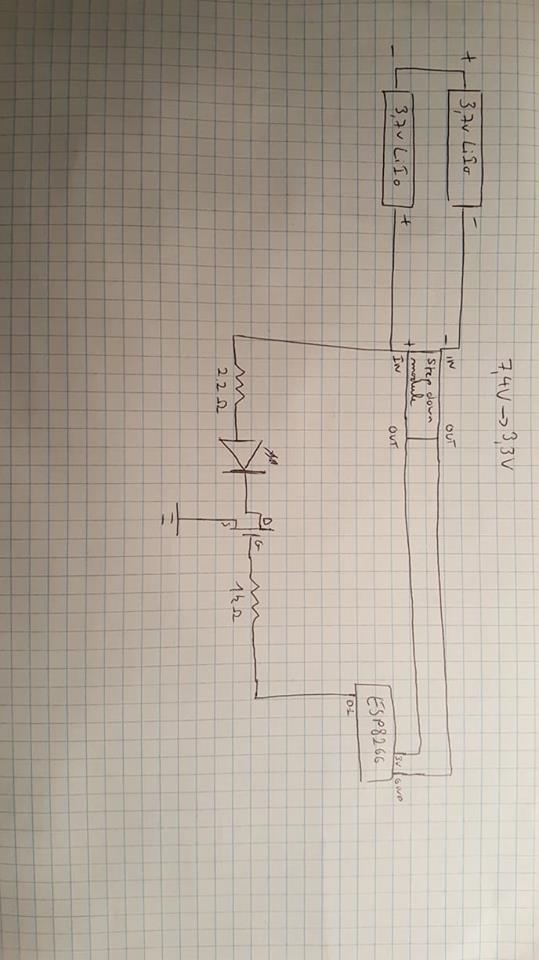 I have an additional question about this setup : is it the best way to power both the LED and the ESP8266 using a step down converter in the way I used it?

I'm not quite sure why you categorise the new circuit as better and more efficient. Where to connect the controller is a good question. I would suggest that you don't.

Your original circuit is almost the standard method for this 3W use case. You could add a 100k resistor between the gate and ground. This gives you some confidence of the start up state of the MOSFET as it may have accumulated charge. Since it worked, we can infer that the necessary MOSFET gate drive is < 3 V. Your incorporation of the 2.2 Ohm resistor prevents thermal runaway in most cases.

A 1A constant current supply is by no means more efficient in terms of design and parts. Especially if you only have 3V to play with. So why mess with it?

The problem with the original idea with 1 cell is the battery operates down near 3V or so and the LED operates from 3.2 to 2.9V depending on datasheet specs. This means using Vbe to sense current across 1 Ohm is too much voltage drop.

This will be a good tradeoff from the option to buy a buckboost LED CC driver to the efficiency of a simple FET CC regulator.

You can also replace diode with Yellow LED 2mA at 2V with adequate brightness using R5 = ~680 ohm and scale down to same Vin-.

If you need more mAh then shunt matched cells together when at the same voltage.

I intentionally reduced your 3W LED to 2W but if you are confident your heatsink is adequate not to burn to touch and can accept a short battery discharge time, you can go for 1A.

Not the answer you're looking for? Browse other questions tagged led mosfet esp8266 or ask your own question.