If I had to select between Individual Three Phase Potential Transformers vs Three Potential Transformers in one case for a 600V system (which doesn't require many inches of spacing between phases to avoid arcing). I know the later saves space and about 15% of money. But, should I worry about mutual inductance, mutual interference? The interference I'm referring to, is measuring in one phase also contributions from the other phases to it, instead of the accurate voltage present in that phase alone. Also there seems to be Three Potential Transformers in one case which share a common core and those which are basically individual PTs glued together. Any difference from interference point of view? Is there any bigger inaccuracy in readings in having open delta PTs vs 3 winding PTs?

There are four options:

That is, if your voltages VA + VB + VC do not balance to zero, a three-limb VT will not reflect this imbalance. This sounds like it is critical for your application.

The extracts below are from a typical drawing I prepared for HV directional overcurrent/earth fault protection. 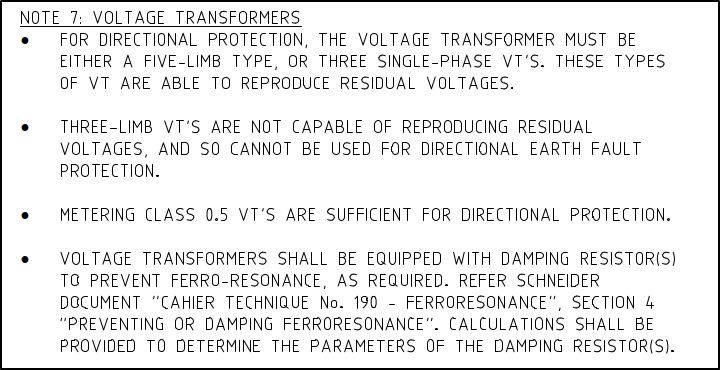 Not the answer you're looking for? Browse other questions tagged power transformer voltage-measurement interference mutual-inductance or ask your own question.

2
Why measure potential with a three winding transformer?