Design of a motor SPDT switch that can be triggered by 5 V or 3.3 V digital output

I am designing the electrical system for a vehicle that has 12 brushed dc motors / linear actuators, they are driven by 6 identical dual-channel motor driver boards, that provide a maximum output current of 10 A. Only six of the 12 motors are in use at any one time.

In order to save cost and weight, I would like to reduce the number of motor driver boards to three. In this configuration, each driver board channel would be connected to a SPDT switch that can be triggered by a high / low (3.3 V or 5 V logic level) electronic signal. This configuration is represented in the figure: 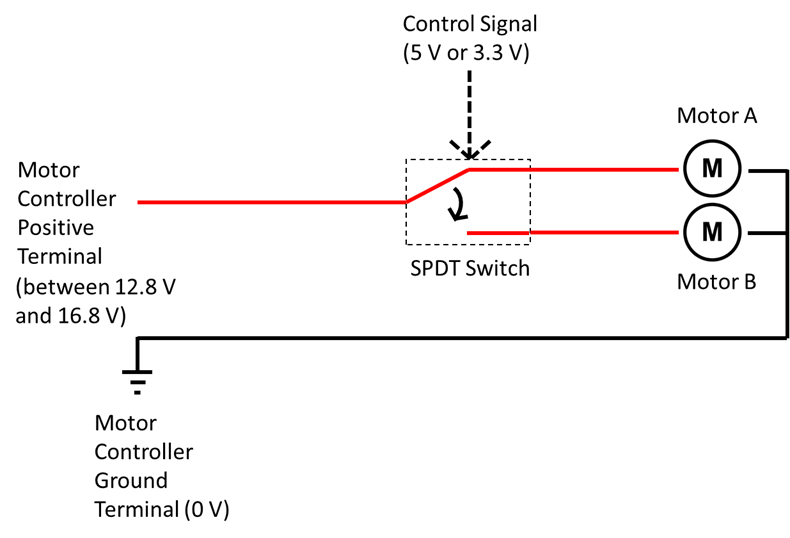 My attempts at a solution:

I have tried using a SPDT relay for this purpose. Due to the current draw of the coil of each relay, all six of the required relays could not be driven from a single output pin of the microprocessor board that is being used. Therefore, a lower power switch was needed to provide current to all of the boards. This resulted in a complicated design that was unreliable. Around 20% of the time, the relay armatures switched back and forth in high frequency oscillations when the coil was energised. This would only stop when the circuit was powered off. In addition, the circuit was heavier than a solid state solution.

I then tried building the same circuit using n-MOSFETs. In this circuit, the output of each motor driver board channel was in series with the source pins of two MOSFETs, whose gate were triggered by a 5 V signal from the microcontroller. In order to switch the output, one mosfet was switched off while the other was switched on (see Figure below). 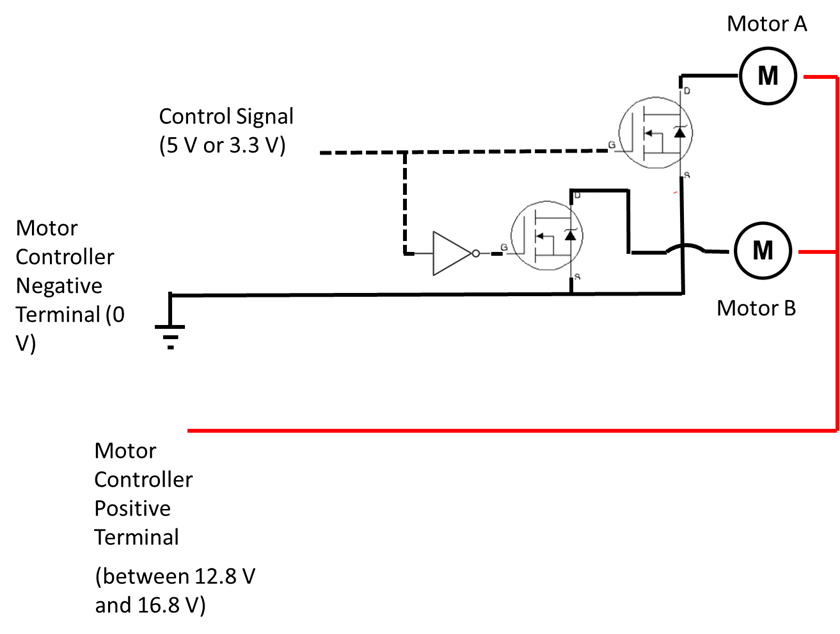 The MOSFET had a nominal internal drain to source resistance of 0.050 Ω in the ON state. At a current draw of 10 A, the MOSFETs should dissipate ~ 5% of the power supplied to the circuit due to the drain-to-source resistance. However, when the MOSFETs are switched ON, the no-load speed of the motor decreases significantly more than 5%. I am uncertain why this is, though perhaps it is as the motors are a highly inductive load and this changes things. The data sheet for the n-MOSFET can be found here: https://docs-emea.rs-online.com/webdocs/0025/0900766b80025d5e.pdf

Is there an appropriate component or circuit for this application? Also, are my approaches reasonable, and if not, how could they be fixed? I have researched triacs and think that these could be the basis for a solution to my problem, is this the case?

Look at the curves on page 3 of your MOSFET's data sheet: 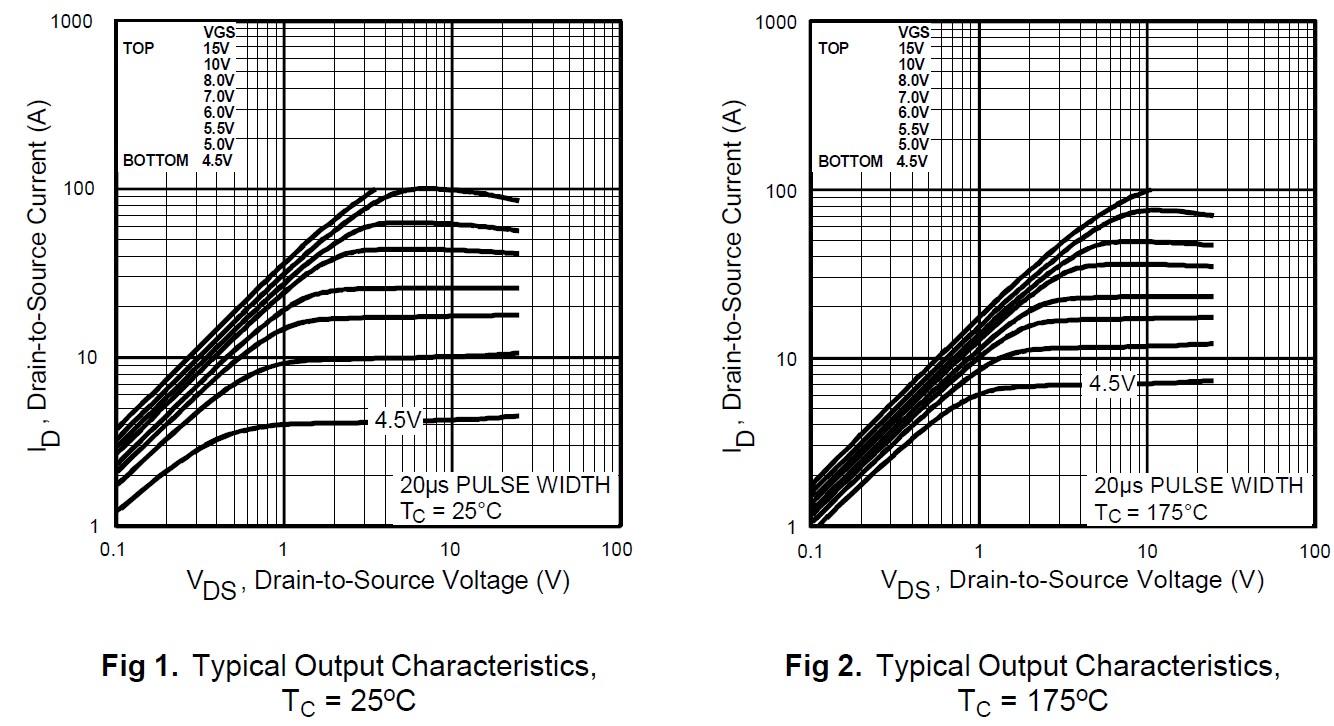 You are not fully turning on your MOSFETs. This means the drain to source resistance is higher than you think. You need to look at more than just the Vgs(th).

If you don't see the phrase "logic level" on the first page of the data sheet, you should scrutinize the conduction curves before trying to drive them with 5V or less.

Possible solutions are to use a gate driver, or logic level MOSFETs to drive the power FETs.

Not the answer you're looking for? Browse other questions tagged motor switches dc or ask your own question.

3
Backdriven stepper motor “powering” rest of the board
0
Digital SPDT switch
1
Motor polarity reversing circuit using just SPDT switches
0
Can the output of two 15-amp motor drivers be hooked up in series to achieve a 30-amp tolerance?
0
MOSFETs connected in series forming an H-bridge circuit for switching
0
N-Channel MOSFET as 12 VDC switch
1
Control of a coreless DC motor using a PWM and a mosfet
0
How can I create a SPDT for this motor without using a relay?
1
Single Mosfet driver to drive two N channel mosfet
0
N-mosfet low-side switch being turned on with no direct gate drive signal