How does the output jump up to 7.5 volts when the switch is closed and opened again? 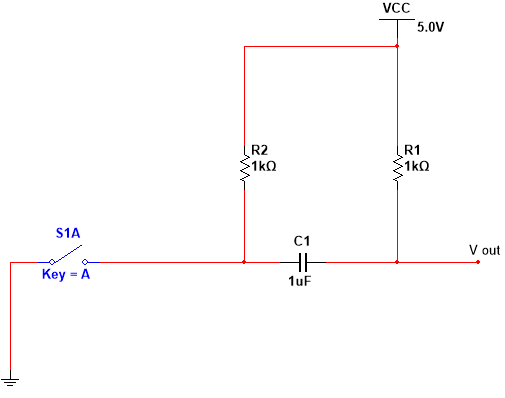 The successive steps shown in the schematic below will aid in understanding the following discussion points: 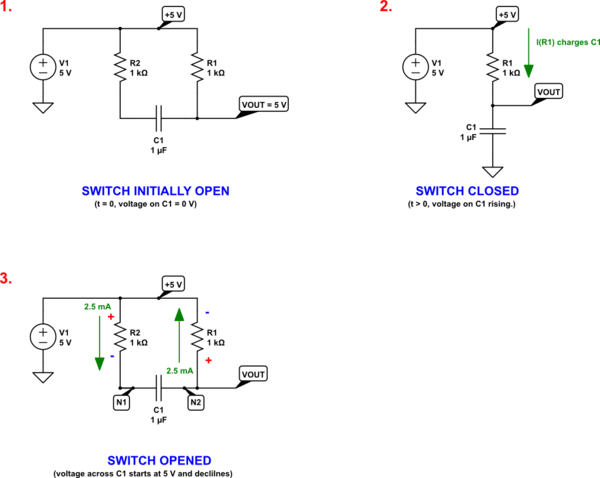 Not the answer you're looking for? Browse other questions tagged voltage capacitor oscilloscope pulse waveform or ask your own question.

12
What are the behaviors of capacitors and inductors at time t=0?
2
How does NAND A input (pin 2) ever get pulled high?
1
How to solve first-order RC circuit?
3
AC vs DC on an Oscilloscope
0
Getting negative voltage reading when negative voltage does not exist. Why?
2
Ungenerated Voltage across the DMM and random spikes across the Oscilloscope
4
Solving the time constant in this specific circuit
0
PMOS unexpectedly passing current with capacitor on drain