How to quantify the effect of the common mode input for a given CMRR?

The definition of CMRR is 20×log10(Aol/Acm) where Aol is the open loop gain and Acm is the common mode gain.

If we have a buffer with 20dB CMRR opamp and if we apply 1V differential input along with 1V common mode input as shown in my hand drawn example: 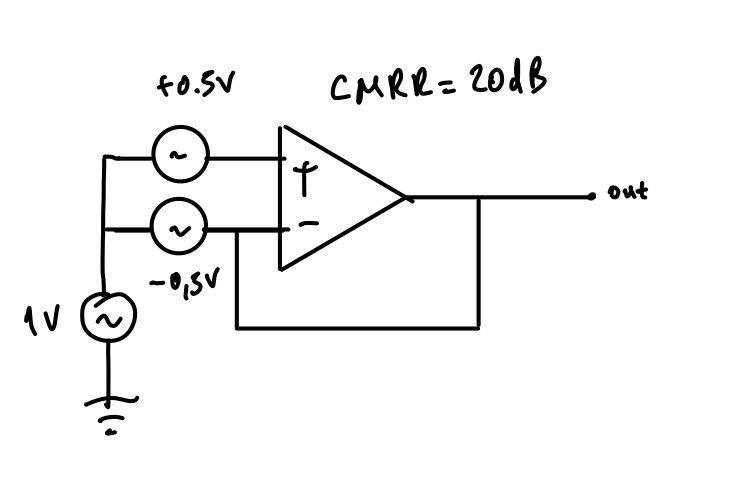 In this case we dont know the open loop gain but we know the CMRR. What will be the total output voltage? In other words how to quantify the contribution of the 1V common mode input to the output voltage. We are using feedback here so would that effect CMRR? 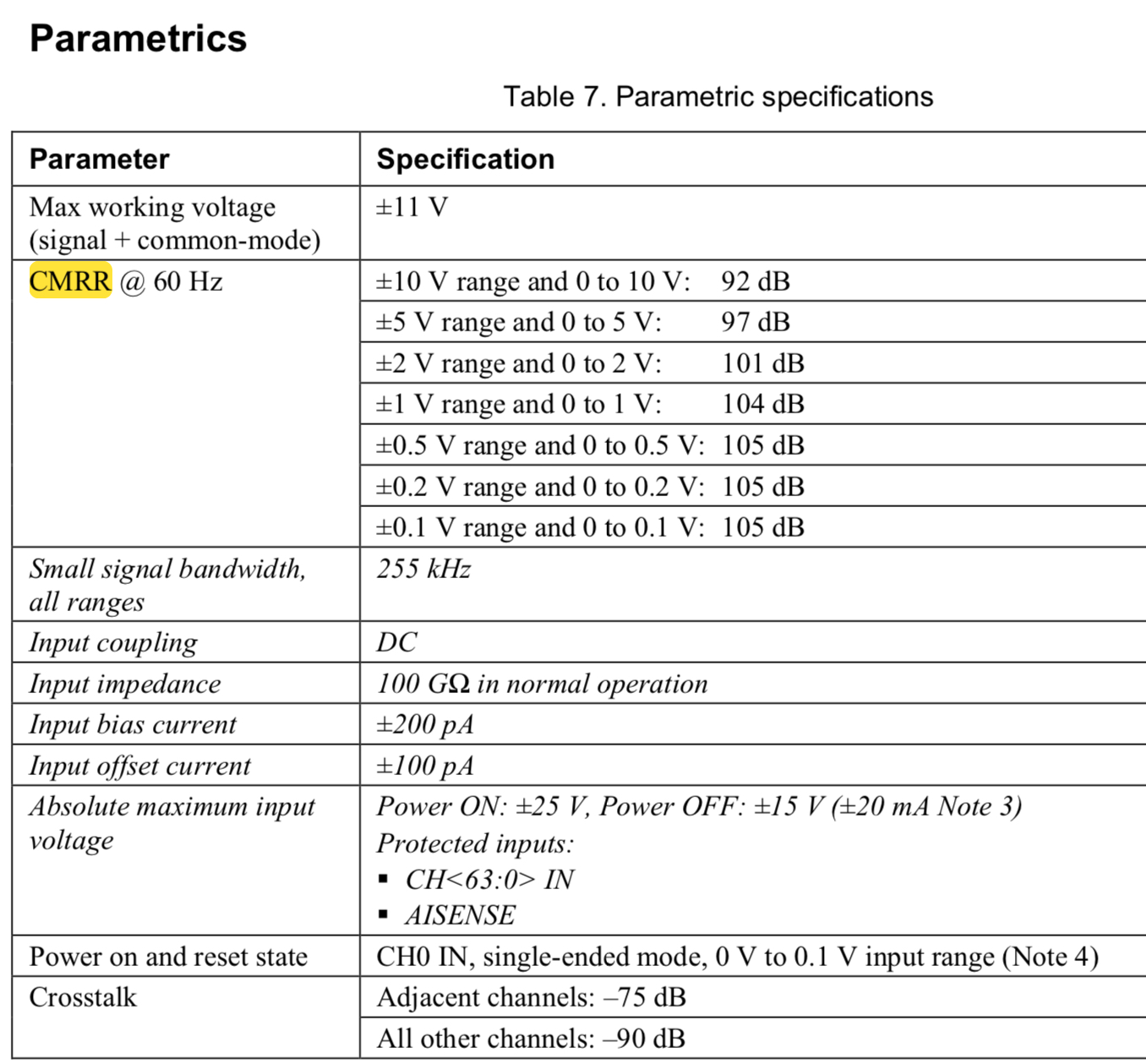 CMRR is given as 92dB but Aol never mentioned. Does that mean we cannot quantify Acm?

CMRR is at its most basic the amount by which a circuit rejects common mode input relative a differential input of the same magnitude.

Consider your DAQ card, it has a differential input which drives some doings (fet input instrumentation opamps and shit) that eventually get measured by an ADC and fed to some software that knows the scale factors so it can produce a reading in volts. You have no knowledge of the internal scale factors, on some settings it is amplifying before it hits the ADC, some settings it is probably attenuating, it don't matter. It has (in some settings) gain, but you don't know what it is, you just know what full scale range is in terms of volts per sample value and maximum input.

Now we know (providing we believe the datasheet) that at 60Hz on the +-10V scale we get a CMRR of 92dB, which means that common mode inputs (Providing they remain within the allowed range) at 60Hz will be attenuated by 92dB before they get summed in with the differential mode signal you are measuring. 92dB is (in voltage terms) a factor of about 2.5*10^-5, so 1V or common mode input will appear as about 2.5*10^-5V of noise added to the differential mode signal which in that mode has a full scale range of +-10V.

One thing about that card is that the input impedance is apparently 100G Ohms, I don't believe it, the capacitive loading will screw that massively at the top of the small signal bandwidth! But lets roll with it, it might be sufficiently true close to DC, this means that reasonably small source impedance imbalances will not seriously degrade CMRR. However source impedance may if large enough convert that couple of hundred pA of bias and offset into an annoying voltage, doubly so if it changes with temperature, metrology is a bitch like that.

4
CMRR test methodology and effect of open loop gain
2
How can the CMRR of an opamp be negative?
3
Why is CMRR effect multiplied by gain in this non inverting op amp configuration?
1
Can CMRR of a data acquisition input be measured this way?
3
Calculate output voltage using the CMRR
0
How to prove \$ A_d / A_{cm} = V_{cm} / \Delta V \$ in the CMRR equation
2
Why is CMRR defined differently in open loop and closed loop configuration of opamp?
3
How should the differential gain of an op-amp be interpreted?
1
Common Mode Noise Attenuation