What kind of display is this? 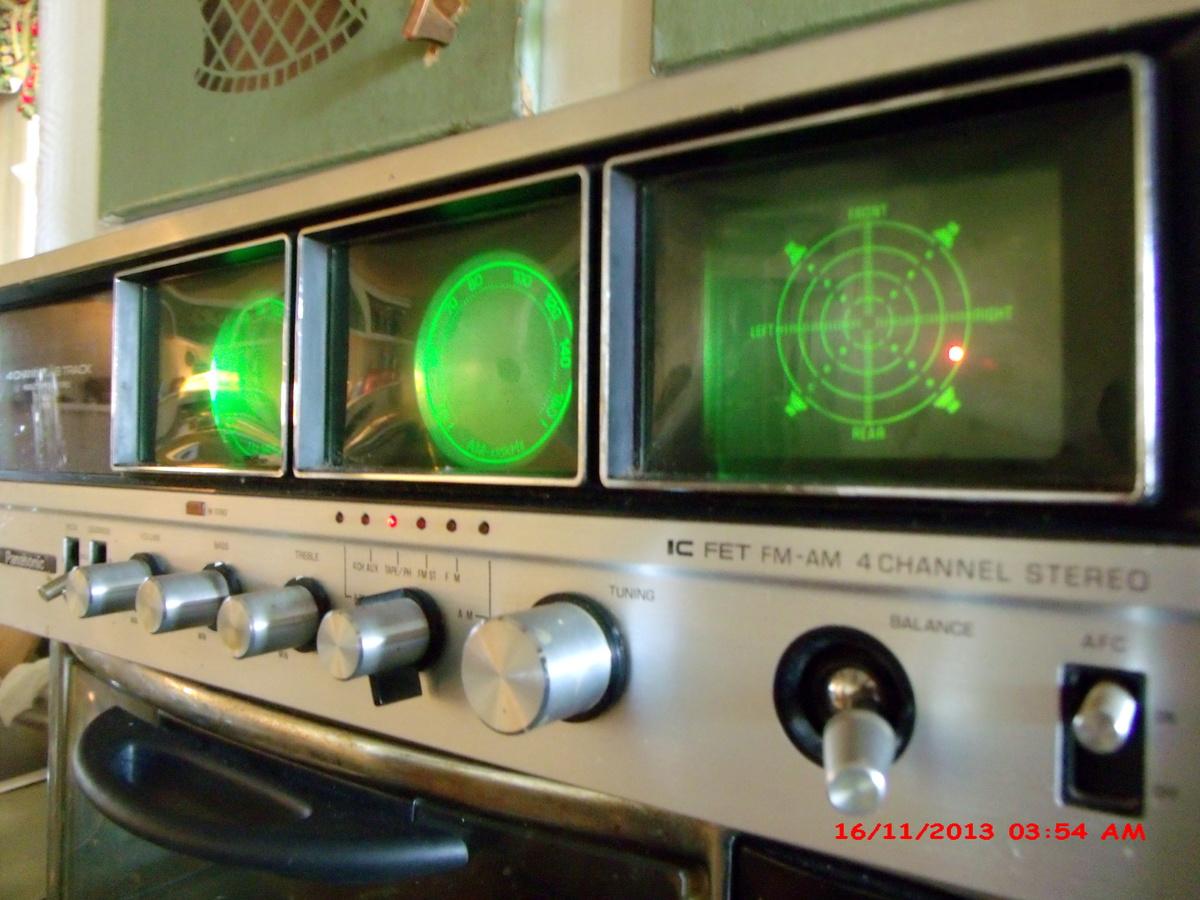 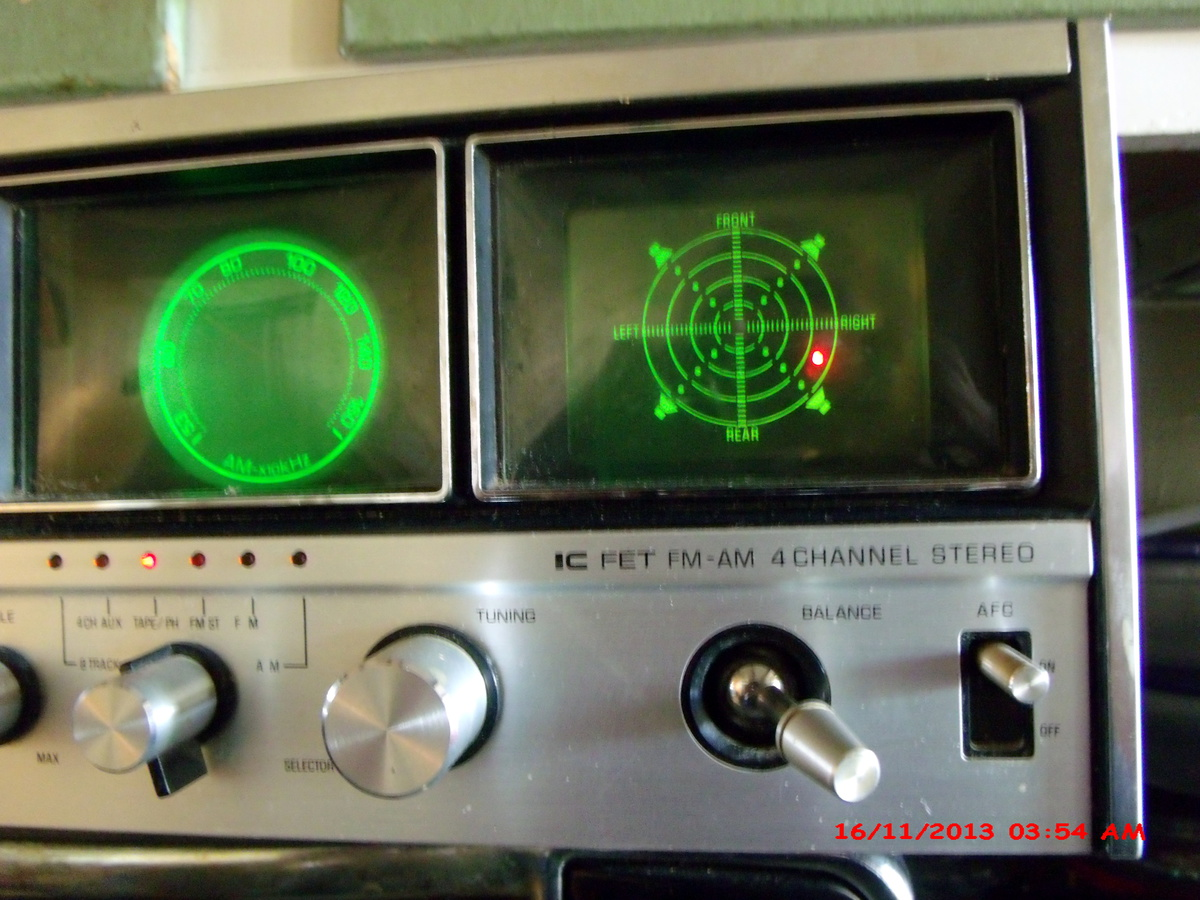 While investigating analog technologies I discovered these images of a quadraphonic 8-track player. All 8-track players I've seen before use analog voltmeters as displays rather than square graphical ones.

I thought they were vacuum fluorescent as the markings are persistent even when the screen is off but I have never seen dynamic multi-colored ones with a red indicator like that.

What are these displays and how were they meant to work?

Quadrophonic systems have four speakers. "Balance" therefore means you have to handle front to back as well as left to right.

The "balance" control on this system looks like a joystick.

The display above it is an edge lit plexiglas picture. It is static (doesn't change.)

The red spot is an LED behind the plexiglas. It is mechanically coupled to the joystick balance control below the display.

This gave you a snazzy looking image of how the balance was set - but doesn't really tell you anything more than the position of the joystick. It just looks way cooler.

All of the displays on that system appear to be edge lit plexiglas with mechanical elements in the background. The tuner is like that - edge lit dial, mechanical pointer.

It looks like some futuristic CRT or custom vacuum fluorescent display, but was much cheaper to produce back in the 1970s. The manufacturers were trying to look like science fiction movies or NASA stuff, but having to do it cheap enough to sell.

Not the answer you're looking for? Browse other questions tagged analog identification display or ask your own question.