I have selected a TS922 op amp to use in a voltage follower configuration. The specs for the TS922 in summary are:

The voltage follower configuration is 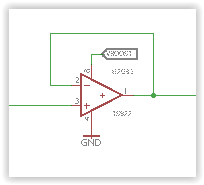 To test I am using a simple 10k pot arrangement (range v supply to gnd) to apply a voltage to the input (pin 3) with a voltmeter measuring the output on pin 1.

To try to identify why this is happening I have tried:

Is there something I am missing?? Otherwise I suspect the markings on this device don't match what is inside.

I would ALSO appreciate any advice on other op amps which are close to the TS922. The most important specs are: - single supply 5 V. - rail to rail input/output. - high output current capability > 50 mA.

I know I can search for devices - but I am hoping someone has experience with a device that works well.

A couple of days ago I tested some opamp in voltage follower configuration. All op-amps were bought from a reputable vendor (TME).

The input signal was coming from the function generator, \$F = 1\textrm{kHz}\$ and the signal amplitude was \$10V\$ peak to peak.

And all Opamp's was also supplied from symmetrical supply \$+/-5V\$. 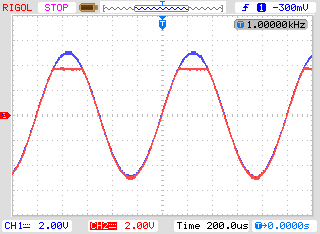 And no sign of a famous crossover distortion due to lack of load resistance.

But reducing the input signal amplitude and adding a load resistance reveals the crossover distortion. 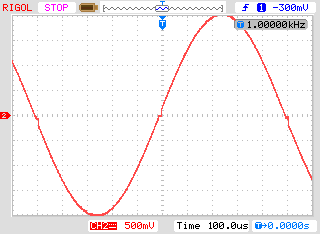 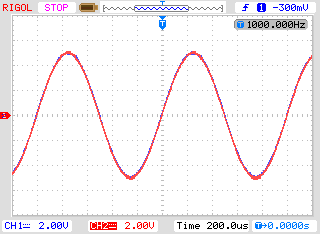 As you can see \$Vin = Vout\$ as expected form rail-to-rail input and output opamp.

Hence, if your setup is correct I vote for a counterfeit part from China. Not a big surprise either. 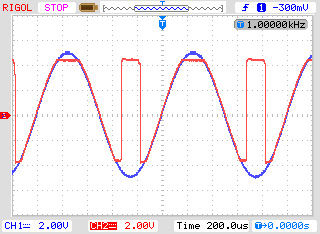 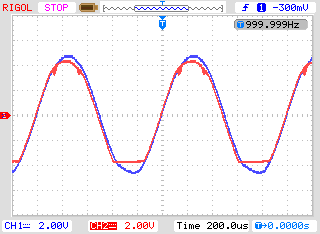 Place a .1uF ceramic capacitor between Power and Ground and add resistors in series with both inputs to the op amp. The 2KOhm you added to the output would work.

You bought an electronic IC from a seller in China. Of course it is counterfeit. Here is what Wikipedia says about AliExpress in Google:

Must be a counterfeit part - there is no other explanation.