So I have this simple OP-AMP circuit that is supposed to be a low-pass filter for which I made the calculations so it passes all frequencies below 1591 Hz (approx). The values of the components are in the image.

However, the frequency response in my simulation program (LTSpice) is way higher (two orders of magnitude!) above my theoretical ones.

To make it even funnier, empirically I got the correct frequency response (in a bread board with an LT1013 Amp) so what's wrong in my simulation? 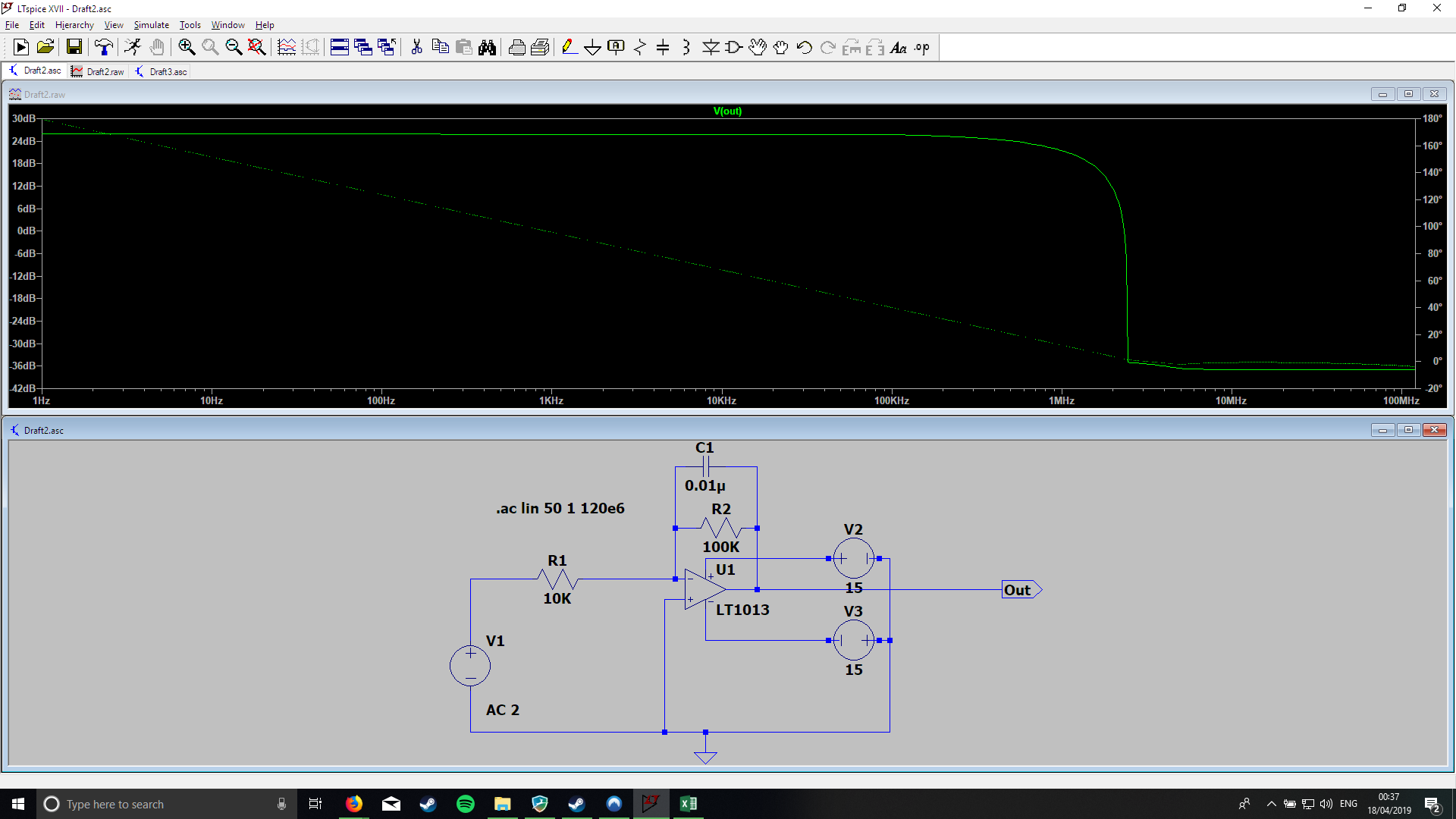 For Circuitlab I got the expected output as well. Same circuit. Is LTSpice that bad? 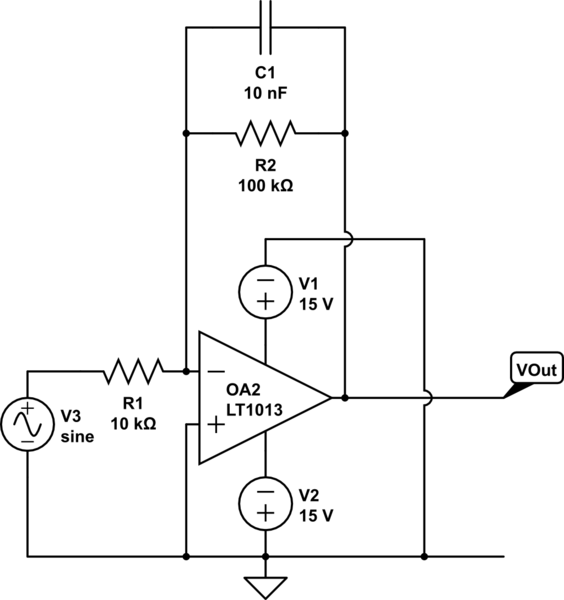 Most importantly, it means that the part of the output curve between 1 Hz and 2.4 MHz is generated by interpolation rather than by doing any simulations at the intermediate points. Apparently it did a linear interpolation on a linear scale, which translated to a curve when you changed your plotting axes to be logarithmic.

I'd recommend to switch to a log sweep, which is called either "decade" or "octave" sweep in LTSpice, depending whether you want to specify the number of points per decade or per octave.

Javier....the simulation shows the correct response. Use an IDEAL opamp model - and the result will be as expected by you.

So - what is the problem with the REAL opamp model? Answer: It is real - with a finite output impedance. What happens?

(1) For rising frequencies, the gain drops (can be seen for the ideal model)

(2) At the same time, the capacitive impedance of the feedback path becomes smaller and smaller....and a rising part of the input signal arrives DIRECTLY (that means: NOT trough the opamp) at the output - across the FINITE output impedance!.

(3) Hence, the output voltage cannot drop as expected ....due to the parasitic path through the feedback circuits.