I have a voltage regulator that takes in 12V and outputs 5V. However whenever I add a load at the output, the voltage drops from 5V to 2.4V. This is not even a high current load and either way the input voltage is sufficient to handle higher currents and the regulator is rated for 5A output.

The voltage regulator I'm using is the Richtek RT7235GQW. The schematic is based off their eval board here - https://www.richtek.com/assets/evb_file/UG7235GQW-00.pdf

This is my schematic 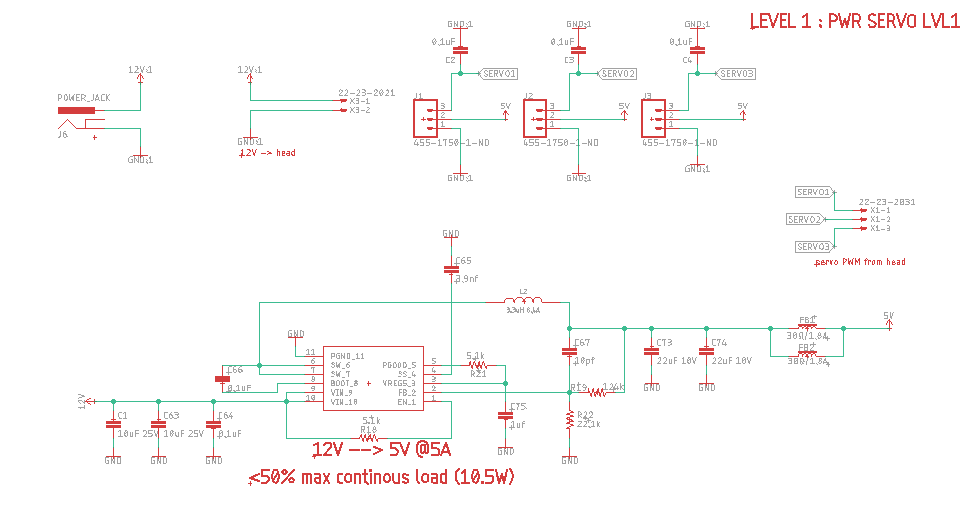 This is my PCB layout 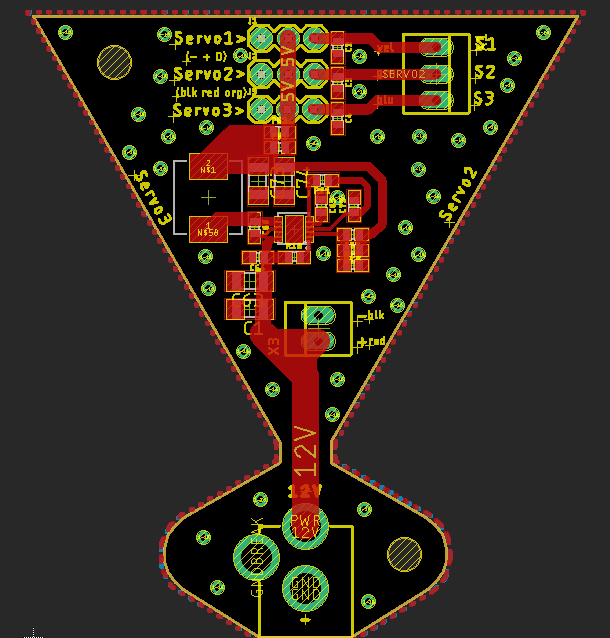 I can't seem to figure out why this drop is occurring. I have the same voltage regulator and the same circuit on a different board(different design) where this drop doesn't happen on adding a load.

Is there anything wrong with this circuit or layout that could be causing this issue?

I don't see any properly-measured current waveforms or inductor voltages .... which would help in the diagnosis.

But I do see your inductor is broadside to a bunch of discrete parts in the loop that will get crosstalk and maybe a false per-cycle current-limit being detected.

Demo board is facing a bunch of thermal ground vias which diverts the radiated EMI noise to minimize crosstalk and instability. 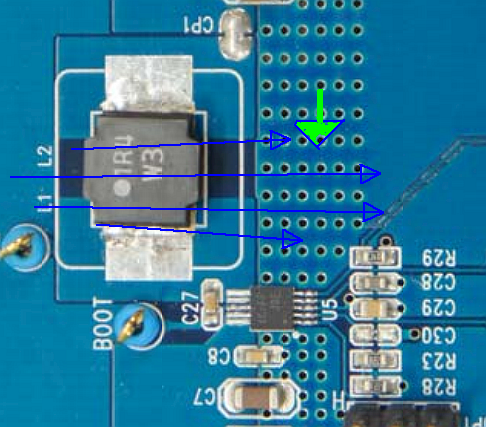 A BIG NOTE: Always choose an orthogonal orientation for the switched inductor to other nearby traces and parts and don't put them broadside near the RF high current inductor.

Not the answer you're looking for? Browse other questions tagged pcb voltage-regulator pcb-design circuit-design eagle or ask your own question.