I am working on a project that involves logging the altitude from the BMP280 breakout board from Adafruit on an SD card using an Arduino Uno and SPI. initially I got the whole thing working right and the data was being logged as expected but after a while it stopped working consistently. right now it only works sometimes when I turn it on.

It seems that when I turn it on either the bmp.begin() or the SD.begin(SDCS) function won't work (usually the SD card is the culprit but sometimes it's the BMP). I've tried many things but I can't seem to get it too work. Full list of things I've tried:

Additionally the SD card is formatted properly as FAT16 with SD Card formatter and is 32 GB SDHC.

I am very confused at this point as I don't understand why it can work one time I turn it on and then stop for the next few hours. I'm not really sure what I should try next.

Below are the exact sensors:

I'm starting it the same way Adafruit recommends on their examples:

Both SDCS and BMPCS are defined constants to their respective CS pins.

Below is the part of the schematic that is of interest: 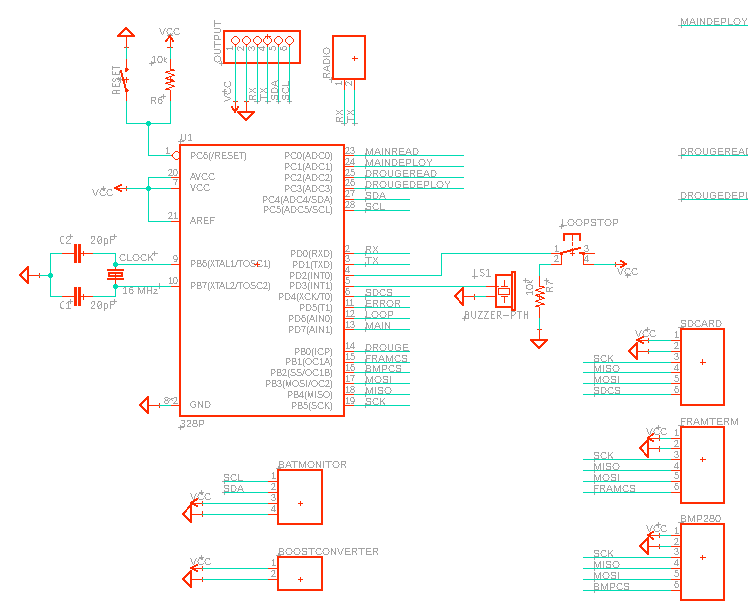 Note: The SD card and BMP280 are hooked up to terminal blocks in the schematic which is why the pinout doesn't match perfectly.

I'm completely out of ideas for troubleshooting and would appreciate any help I could get to solve this.

Browse other questions tagged arduino spi sd or ask your own question.