I need to constrain a plane from shorting to the annular rings of a number of vias.

The dialog found at Rules and Constraints -> Design Rules -> Plane -> Power Plane Clearance allows me to enforce a clearance from a via, but that clearance appears to be reckoned from the hole diameter and not from the diameter of the annular ring.

The following two screen shots show the effect of an adjustment to the Clearance parameter from 10 to 6; when clearance is set to 10, the actual clearance to the annular ring is only 5 mils: 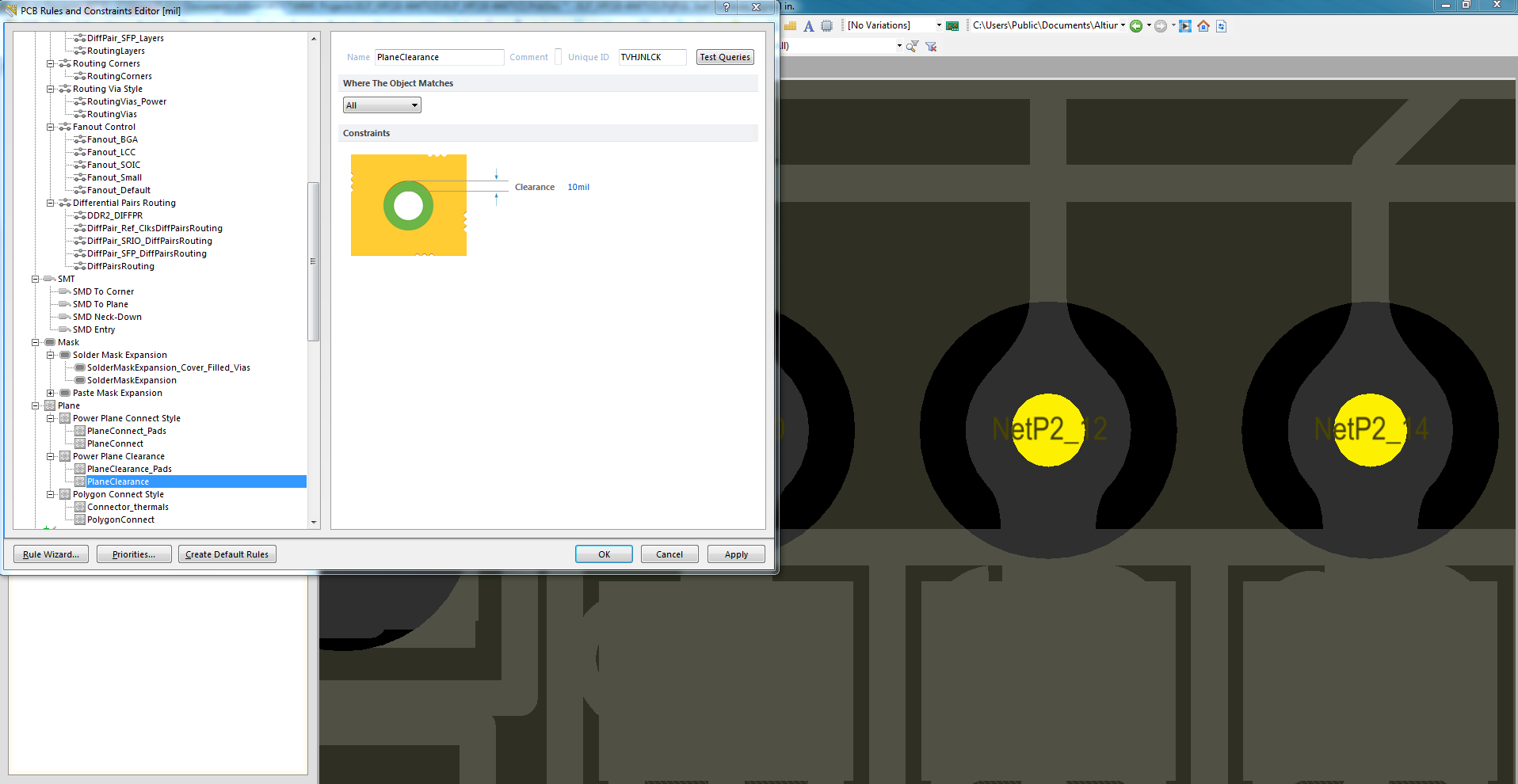 But when clearance is decreased to 1, the plane nearly shorts against the annular ring with only 1 mil of clearance: 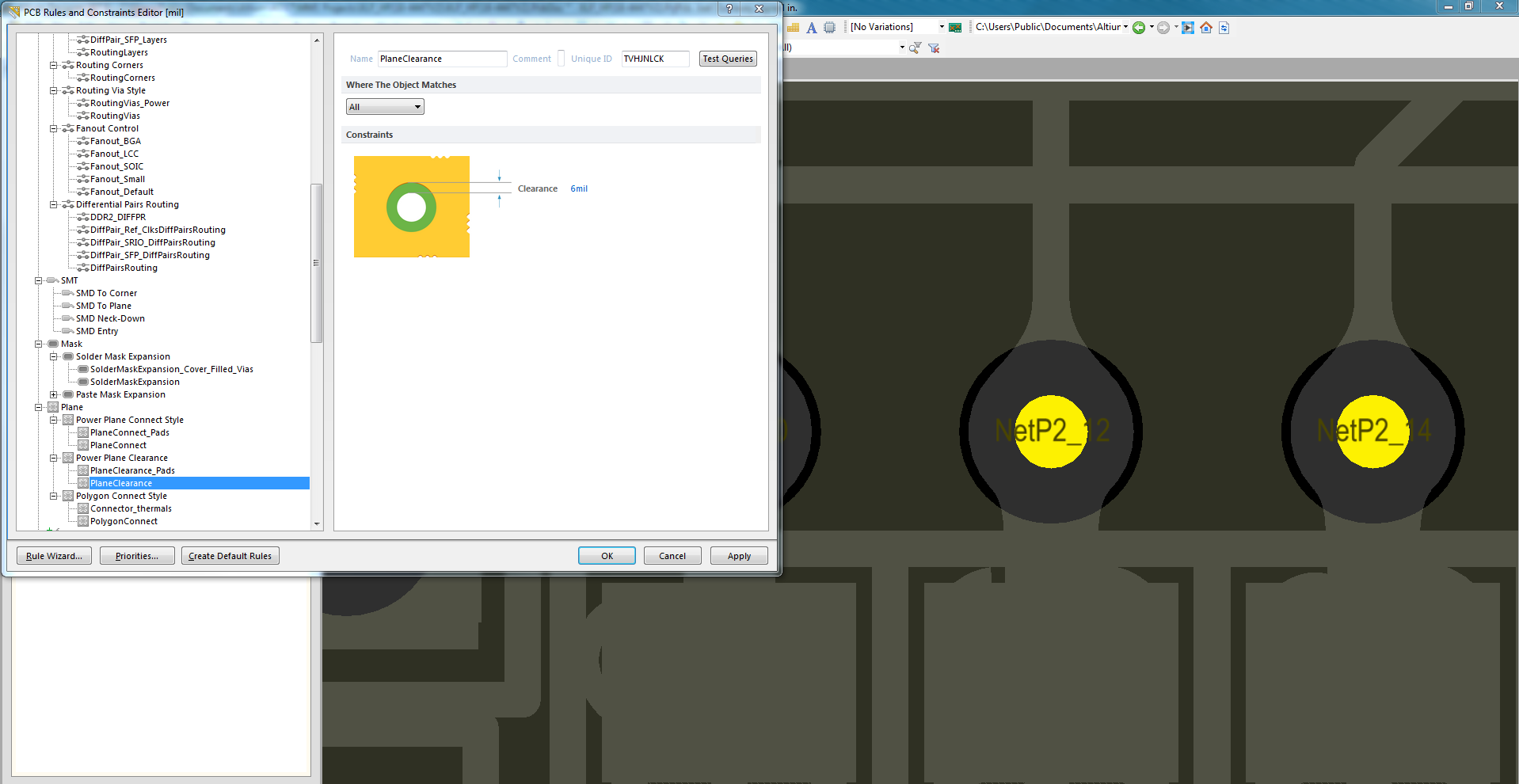 If every via shared the same annular ring diameter of 10 mils, for example, it would be possible to generate a single rule to give the desired clearance by simply adding 10 mils to the desired clearance. However, some vias have larger hole diameters and annular rings; a rule that fit the smaller vias would short the plane against the larger vias, and a rule that fit the larger vias would leave larger clearances than desired around the small ones.

One way to accommodate varied via sizes would be to add all vias to a class based on their size, then add a compensated rule to target each class. However, I'd like to avoid manually tagging thousands of objects into classes, and this work seems superfluous since Altium already knows the size of each object.

Is there a more succinct way to specify a uniform plane clearance from the annular ring of every via?

Power planes are a specific thing in Altium; just because you have a polygon pour connected to a power or ground net doesn't make it a power plane. What you'll want to do instead is set a regular clearance rule rather than a power plane clearance rule.

We worked around inadequate constraints for power planes by implementing the layer as a pour instead. Pours are subject to the more comprehensive constraints that apply to polygons (see Rules and Constraints -> Design Rules -> Electrical-> Clearance -> Clearance). This constraint matrix allows you to specify a distance from a poly to other object types including vias, fills, etc.

The result of using a pour instead of a power plane is that we are able to specify a minimum distance that must be maintained between the annular ring of a via and our desired power plane.

Not the answer you're looking for? Browse other questions tagged altium via clearance constraints or ask your own question.

15
BGA escape via dimensions at 0.8mm pitch?
8
How do you change the default via dimensions in Altium?
8
Vias without annular ring on internal layers, non-functional pads in a via
1
Altium: Starved Thermal error
4
How does trace/via clearance affect parasitic inductance if they go to the same net
1
Will PCB board house accept this QFN thermal pad via design (KiCad)?
12
How to minimize impedance from capacitor to Gnd and Power planes
0
Via Tenting/Plugging
3
Impedance matching through via and signal trace of 2 layer board