I made a led circuit in parallel with a power supply of 12v 2a.

The leds blink on and off quickly. I don’t understand why?

The datasheet you have linked in the comments (it should be in the question) is for "LMS1585A 5A/LMS1587 5A and 3A Low Dropout Fast Response Regulators". At best this can give out 5 A. 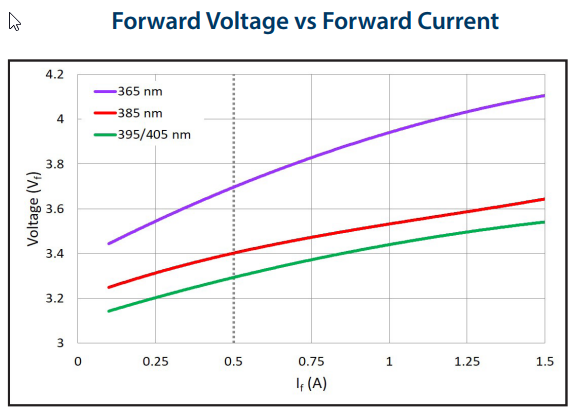 Returning to the graph we can see that at 0.32 A the forward voltage is a little lower so we could recalculate if we wanted but it's not going to make much difference.

Your circuit is not efficient since 1/3 of the power is used by the LEDs and 2/3 wasted as heat in the resistors. Instead you can put two or three LEDs in series on each branch. Recalculate the resistor values for your chosen layout. With three in each branch you will require seven branches and a total of 7 x 0.32 A = 2.24 A. Close!

I have written about using a Loadline resistance graphic tool and it may be of interest.