I currently own a Nest doorbell that uses a "chime connector" between the doorbell wires and doorbell chime as shown below. 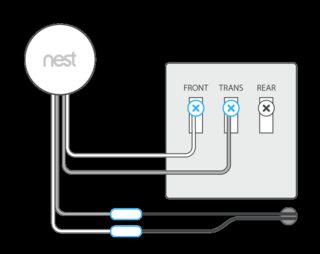 I have tried to create a digital doorbell chime that will wirelessly connect to another device to notify me of visitors. I tried using this schematic for my doorbell but after a month of use, the solid state relay in the chime connector would not release and it would stay "closed," causing the doorbell to turn off because all the current was going through my chime design instead of through the Nest doorbell.

Forum posts describing the inside of the chime connector show that it uses a solid state relay which I presume is controlled by a triac. My guess for why my design would not allow the doorbell to "stop ringing" would be because there is no zero-crossing point for the triac when it's outputs is two diodes, causing it to conduct forever. Would using a single diode and a voltage divider work better in this situation than an optocoupler for detecting doorbell presses from a microcontroller? How can I fix my design so the solid state relay in the chime module stops conducting?

Browse other questions tagged digital-logic ac 24v or ask your own question.