I would to identify efficiency, voltage, current for a particular Brush less DC motor in our lab given characteristic curves. 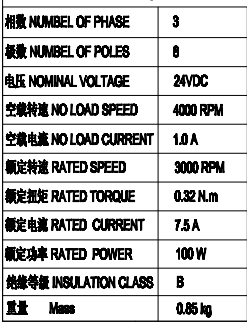 The operating conditions are

Based on the operating condition, i drawed one more torque vs speed line (orange color) passing through 0.35 N.m & 1200 rpm and keeping slope constant.

To explain the image 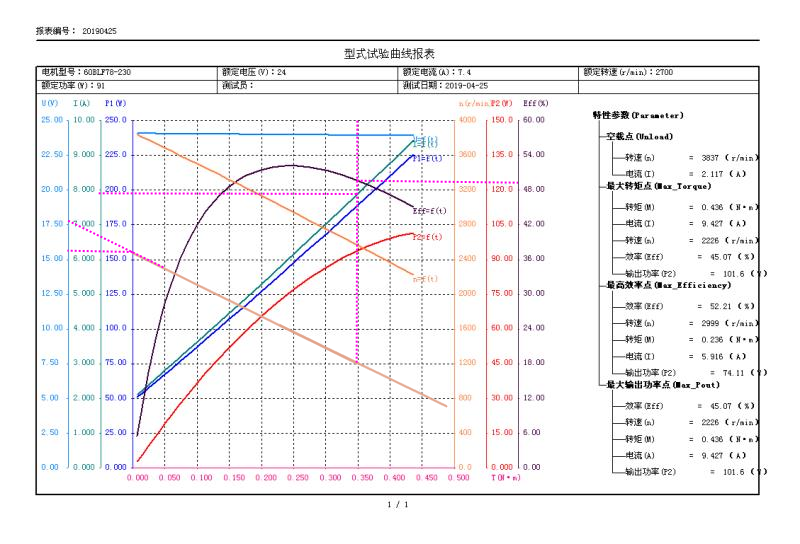 Unfortunately, i don't have better quality image. Please click on the image or Zoom the browser page to enlarge a bit more.

I have drawn few vertical and horizontal dashed lines(pink in color) passing through the operating point (0.35 N.m and 1200 rpm).

As the voltage vary the torque vs speed curves, does the efficiency curve vary ? what about the voltage and current ?

What are the approximate values in my case ?

As voltage varies torque vs speed, does the efficiency curve vary ?

You will need a tach to regulate the RPM if you use this to vary the BLDV voltage or some other servo method. 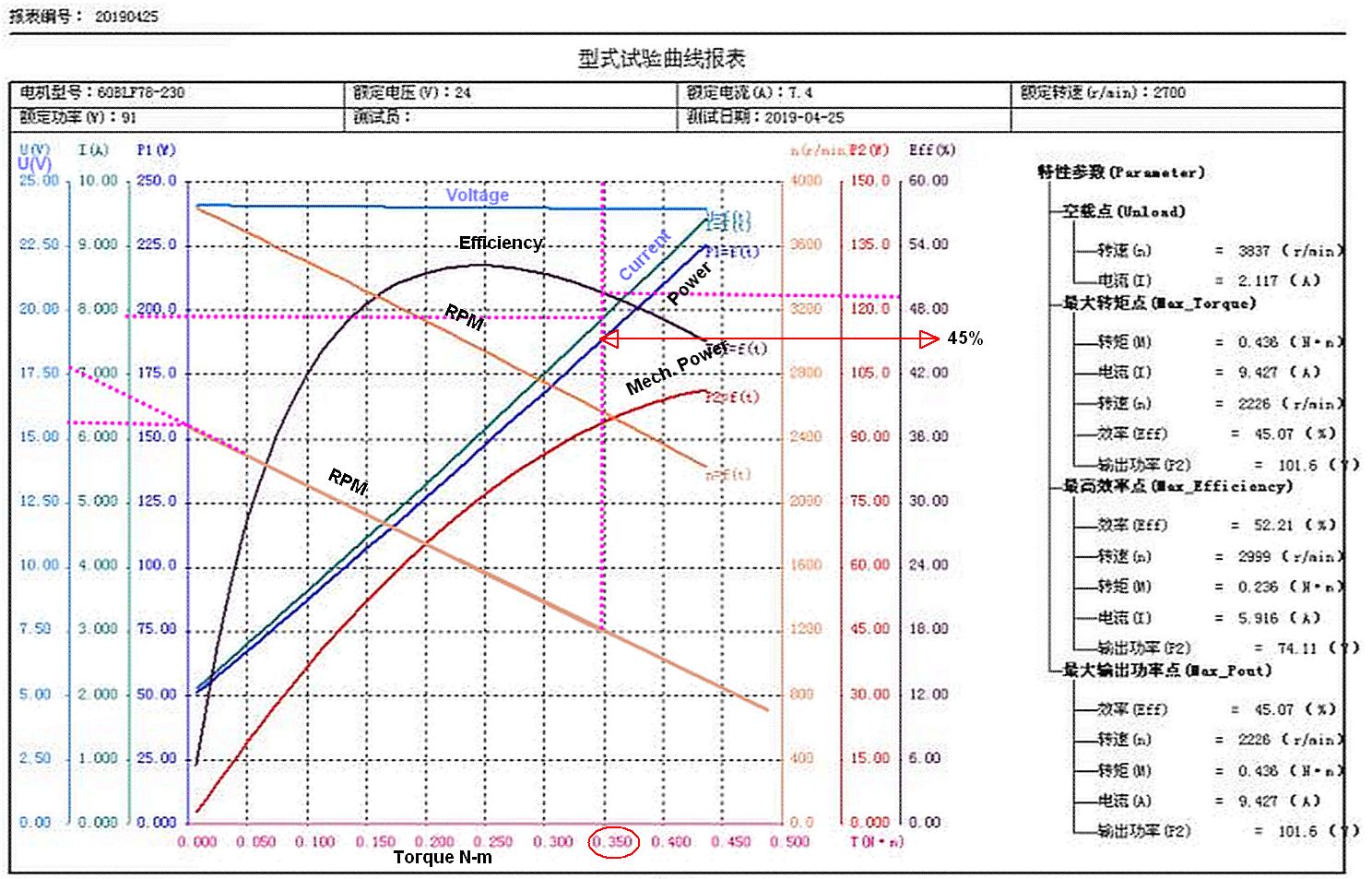 As the voltage vary the torque vs speed curves, does the efficiency curve vary ?

Yes. No-load current doesn't produce torque, so peak efficiency tends to be less at lower voltage. Power output = torque x rpm, so at 0rpm there is no output power and efficiency is 0% no matter what torque is produced.

what about the voltage and current ?

For a given torque output the current doesn't change much. It increases slightly as rpm increases due to increased magnetic (eddy current, hysteresis) and frictional (bearing, windage) losses, which are reflected in the no-load current.

rpm is proportional to voltage. If the load presents greater torque at higher rpm (as most do) then increasing the voltage will increase torque and current draw.

What are the approximate values in my case ?

You specified 0.35N.m torque and 1200rpm. Unfortunately the specs and graphs are inconsistent (spec says 4000rpm and 1A no-load at 24V, but the graphs shows ~3800rpm and 2A). I will use the graph because it appears to be real test data which should be more accurate.

Current draw should be a bit less than 7.9A (the value at 0.35N.m on the graph) due to lower magnetic losses at the lower rpm. How much lower we can't say because there is no test data for lower voltages.

The 100W rating appears to be input power, which is close to where you are. The motor is wasting about half the power supplied. It should be big enough to dissipate the heat, but is a pretty poor performer (a good motor this size should be able to achieve 80-90% efficiency).

Not the answer you're looking for? Browse other questions tagged voltage current brushless-dc-motor efficiency device-characteristics or ask your own question.

6
Determine efficiency of converter
3
Efficiency comparison between six step and FOC for a given motor
0
DC motor efficiency which formula to use?
2
DC motor characteristic lines
4
How to measure DC motor (used as generator) efficiency using homebrew methods?
0
Efficiency test for motor drives
0
DC Motor Efficiency at a given operating point
1
LTSpice, plot a current–voltage characteristic