How do I know which component this is?

It says 100J and is much bigger than the other components. 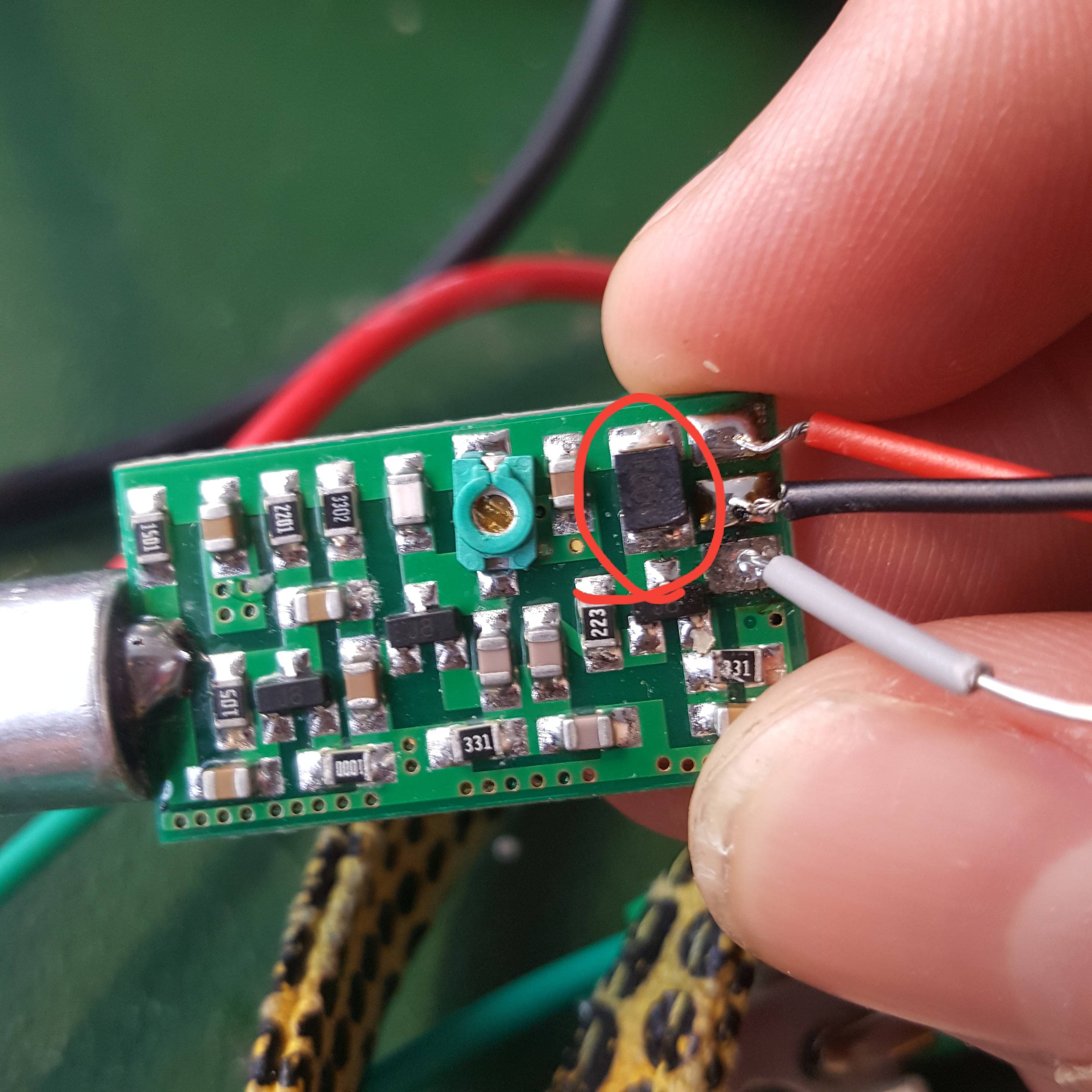 It has a resistance of 2ohm when the circuit is without power, and 15 ohm when I attach power to the circuit. It has a 1nf capacitance. So it might be a capacitor, but why is it bigger than the other capacitors, and could it replaced by any 1nf capacitor?

100J and a short circuit would be an inductor.

This site explains how to read inductor codes.

It also lists all the precision codes.

First 2 digits is the value. The third digit is how many zeroes to put on the end. Final value is in microhenries.

It seems to be OK. Inductors fail by becoming open circuits.

Don't replace it. Look elsewhere for whatever problem made you suspect it.

Do not replace it with a wire. It appears to be part of an RF amplifier. If you put in a piece of wire, you will kill the output transistor.

Do not replace it with a capacitor. The output amplifier won't work then.

In response to comments:

NEVER try to measure resistance with the power on.

Since you say it is only a short circuit when the power is on, it looks like it is dead after all.

You need a 10 microhenry inductor to replace it.

Be careful when playing with that board. Touching the gray wire to ground will kill the inductor - that shorts the power supply to ground through the inductor.

Not the answer you're looking for? Browse other questions tagged identification components or ask your own question.

3
What is this component (probably a shock/vibration sensor)?
2
What Electronic Component Marking On A Circuit Board Is Designated For BF?
3
Mystery Component - 3 pin device with printed circuit pattern
4
Help identifying unknown component
1
Does anyone know which device is this?
0
What are the specifications of this capacitor marked '3R910, R L'?
2
What is this component? Marked R5
0
Parameters needed to identify the correct capacitor
7
What is this flat metallic component?
0
Debugging an old Thermostat: What component is this? (3 pins SMD IC)