somewhere I have seen that it is possible to build a Balun by using a transformer in the following way: 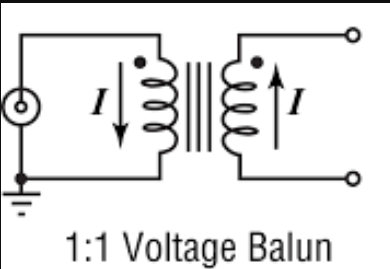 the signals at the terminals in the secondary circuit are balanced with respect to ground.

They are balanced, but not with respect to ground. They won't be referenced to ground at all, except through whatever parasitics couple them to ground. 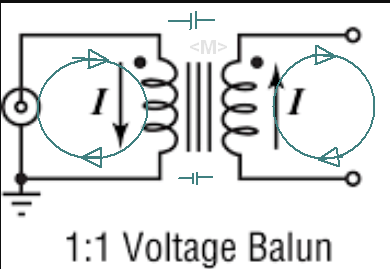 The secondary impedance is only as balanced as the load with respect to some other impedance such as ground or freespace. It does not depend on the turns ratio. But stray capacitance coupling of windings must be also balanced to the primary ground at higher frequencies.

Here is another method for RF which works as a tri-filar winding on a core. The inductive impedance determines the usable range in frequency 1~3 decades, which is true for all isolated transformers. 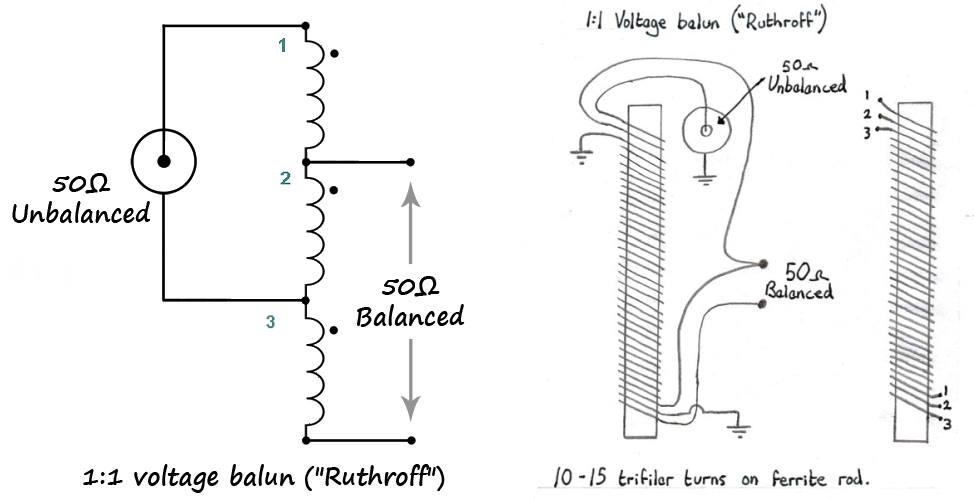 "Voltage Baluns" used in RF are called "3dB splitters" and are measured by BW and isolation between split ports in both 50 and 75 Ohm varieties.

Split power loss is -3.5dB, as no one yet has ever made one for RF that is lossless. They use a tiny ferrite 'hybrid transformer" with 2R termination to ground. 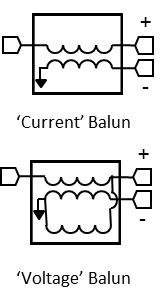 This is what I call a Voltage Balun.

Not the answer you're looking for? Browse other questions tagged voltage transformer signal virtual-ground balun or ask your own question.

2
Where/How should I fuse this transformer?
0
Voltage across transformer primary to secondary - ways to mitigate
3
How to properly use a Balun?
0
Negative voltage regulation in transformers
2
Transformer has continuity but no power on secondary coil
0
Identifying a multiple secondary unknown transformer
3
Does a Center-Tapped RF Balun Perform Better than Untapped Baluns?
0
Increasing peak to peak voltage using 1:2 balun
3
Explain how this CCTV video balun actually works?