Transistor functionality in a given schematic

Can anyone tell me what is the functionality of the transistor in this schematic ? 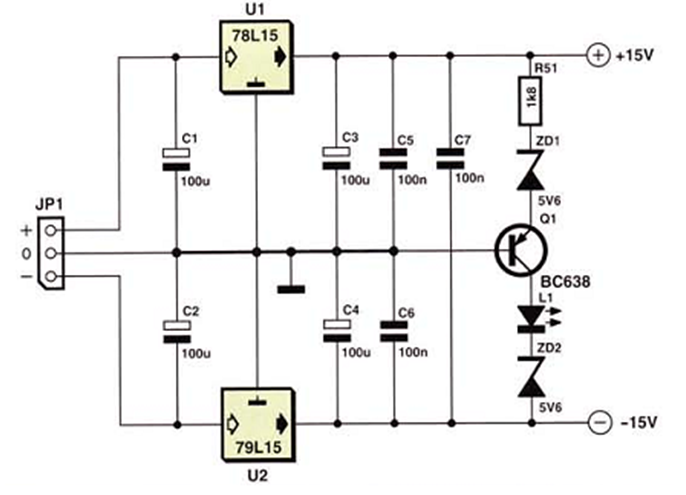 It lights the LED to show that both outputs are on and above around 8V or so.

Note that the base is at the common terminal - I will call this zero for now.

The LED cannot light up unless there is a negative voltage output though as there is no bias for the LED.

Once the negative output exceeds 5.6V (for ZD2) plus the LED minimum forward voltage, there is a current path and the LED lights.

The transistor circuit causes the LED to light only if both power rails are working.

Not the answer you're looking for? Browse other questions tagged power-supply power transistors pnp or ask your own question.