The circuit below fades on and off a cascading series of leds in an alternating fashion.

I tried reproducing it on a breadboard with 5 leds to try to understand it how it works, and got all sorts of weird results.

Does this circuit have a name? What determines the brightness and periods of the leds? 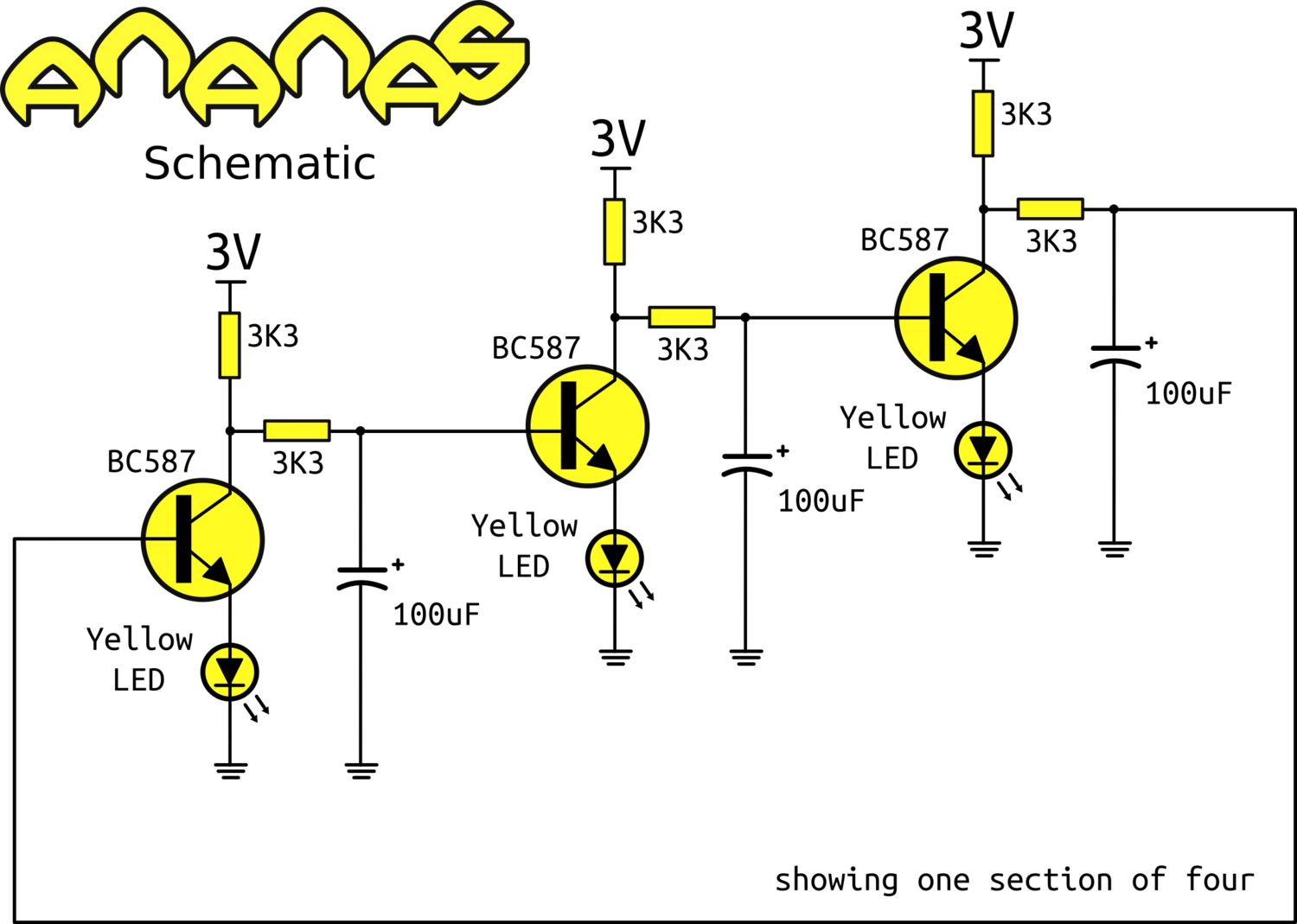 This is called a phase shift oscillator where oscillation occurs using 60 of 90 deg of each cap (RC LPF) to achieve the additional 60x3= 180 deg needed to get positive AC feedback. This is why an odd number of stages is needed.

This design, however, filters each base current so there is not much variation in LED intensity. It would be far brighter to move the cap from the base to the collector. 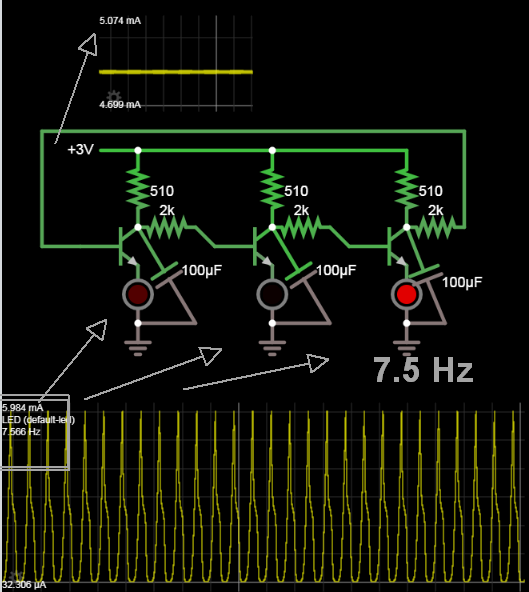 Since the load is nonlinear LED, the oscillator is not sinusoidal.

The result is actually 2 of 3 LEDs ON with a moving “black hole to the left” as the cascade moves to the right.

It's basically a form of "Ring Oscillator". Not normally used in discrete form but common in ICs with an odd number of inverters.

Rise times and fall times tend to be slow as there is no positive feedback.

Even numbers of stages won't work because they will latch up stably with alternate stages in opposite states.

0
Help explain how this ac switch circuit works
0
Period for this astable multivibrator (nor gates with limiting diodes)
0
Inductive kickback when applying PWM to the output of an alternator
1
BJT Bitonal Astable Multivibrator, can someone explain me how this circuit works?
1
Controlling which transistor turns on first in a multivibrator
2
Can someone explain how this oscillator circuit works?
0
One voltage regulator (varistor?) instead of dozens of current limiting resistors in an LED array?
9
How does this astable multivibrator circuit with FETs work?
0
No unconnected inputs yet ICs (logic gates) still seem to yield erratic/odd behaviour