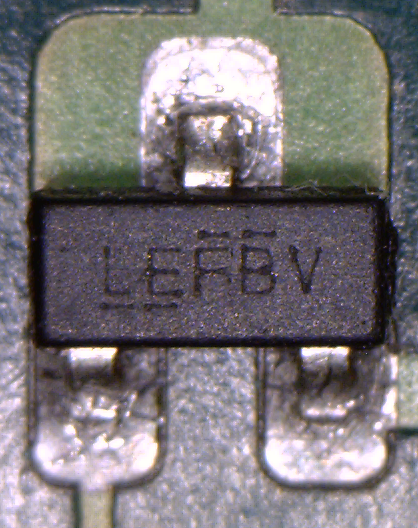 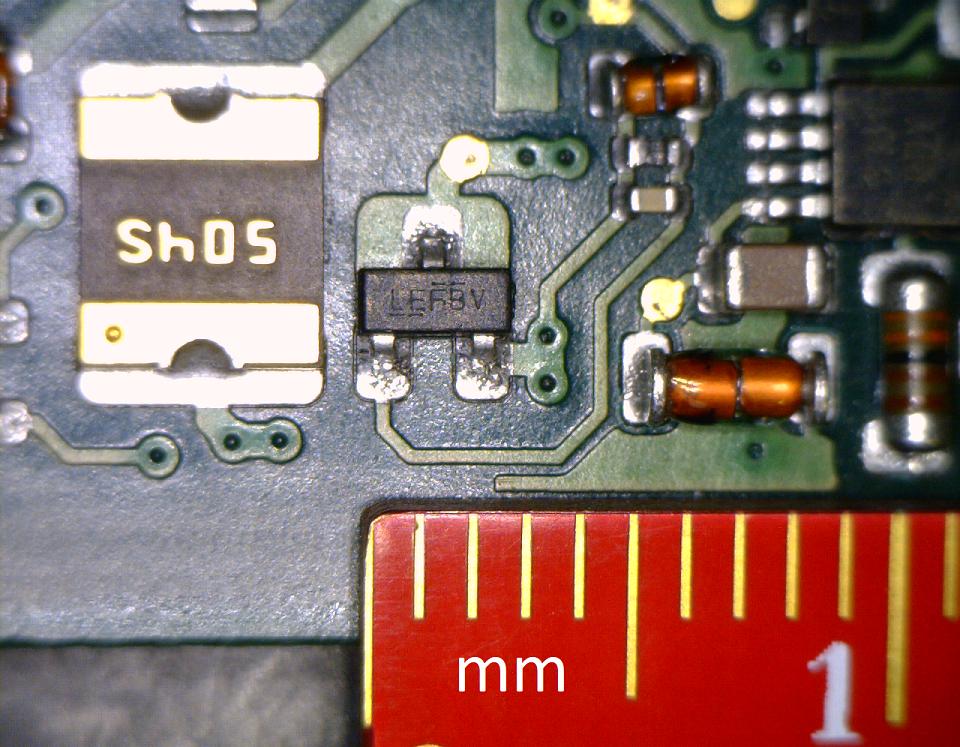 The following schematic snapshot shows the circuitry surrounding the device of interest which is circled in red and referenced as U11: 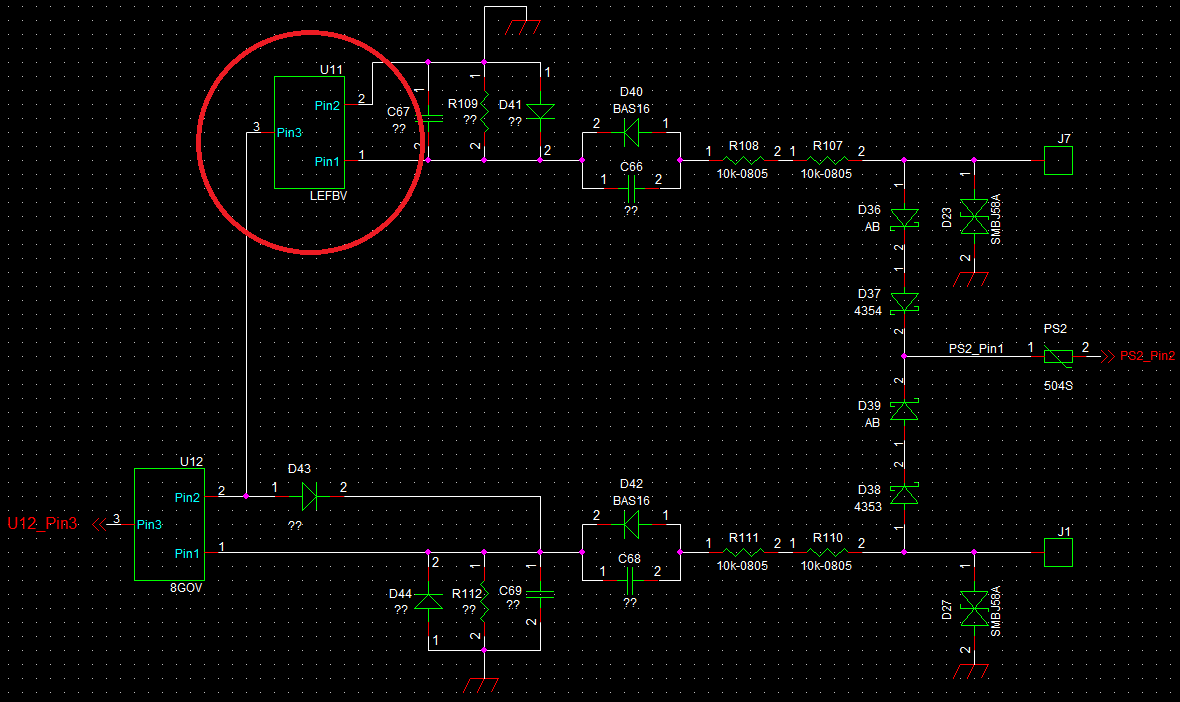 I thoroughly searched both the web and a number of SMD code databases for information but I haven't been able to come up with anything.

Can you help me to identify the component?

Update: assuming that the component is a MOSFET with Pin1=Gate, Pin2=Source, Pin3=Drain, I've removed it from the PCB and done some probing by using the diode test feature of a digital multimeter (DMM) as follows:

So the device looks like to be a N-Channel MOSFET.

It's an IRLML0060TRPbF N-channel MOSFET

From the International Rectifier (now Infineon) datasheet, it matches your pinout: 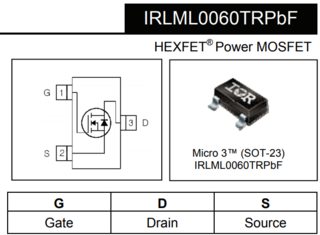 And the markings seem very familiar, too: 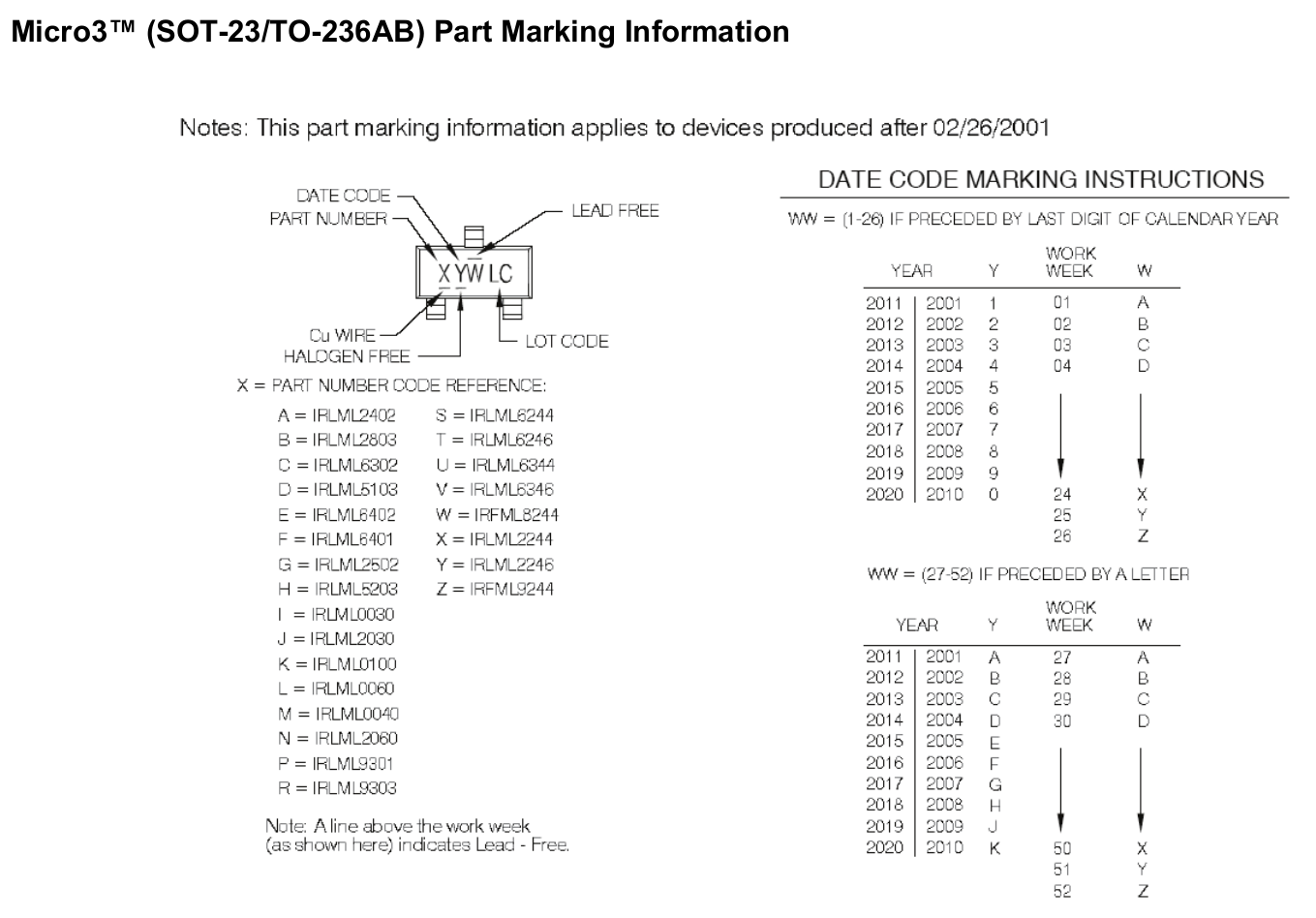 L̲E̲F̅B̅V (your markings) would make the device:

The only thing that isn't 100% matching up is the overline on the B̅ (first letter of the lot code), I can't find any reference to that in the datasheet.

Not the answer you're looking for? Browse other questions tagged mosfet identification components surface-mount markings or ask your own question.