LTSpice error with V() function, … when referencing net within a subckt (V(subCktName.NetName))

I've converted an IBIS model to a SPICE model using microCap, and am trying to simulate that subckt with LTSpice.

Using LTspice, I get an error with the subckt in the library. 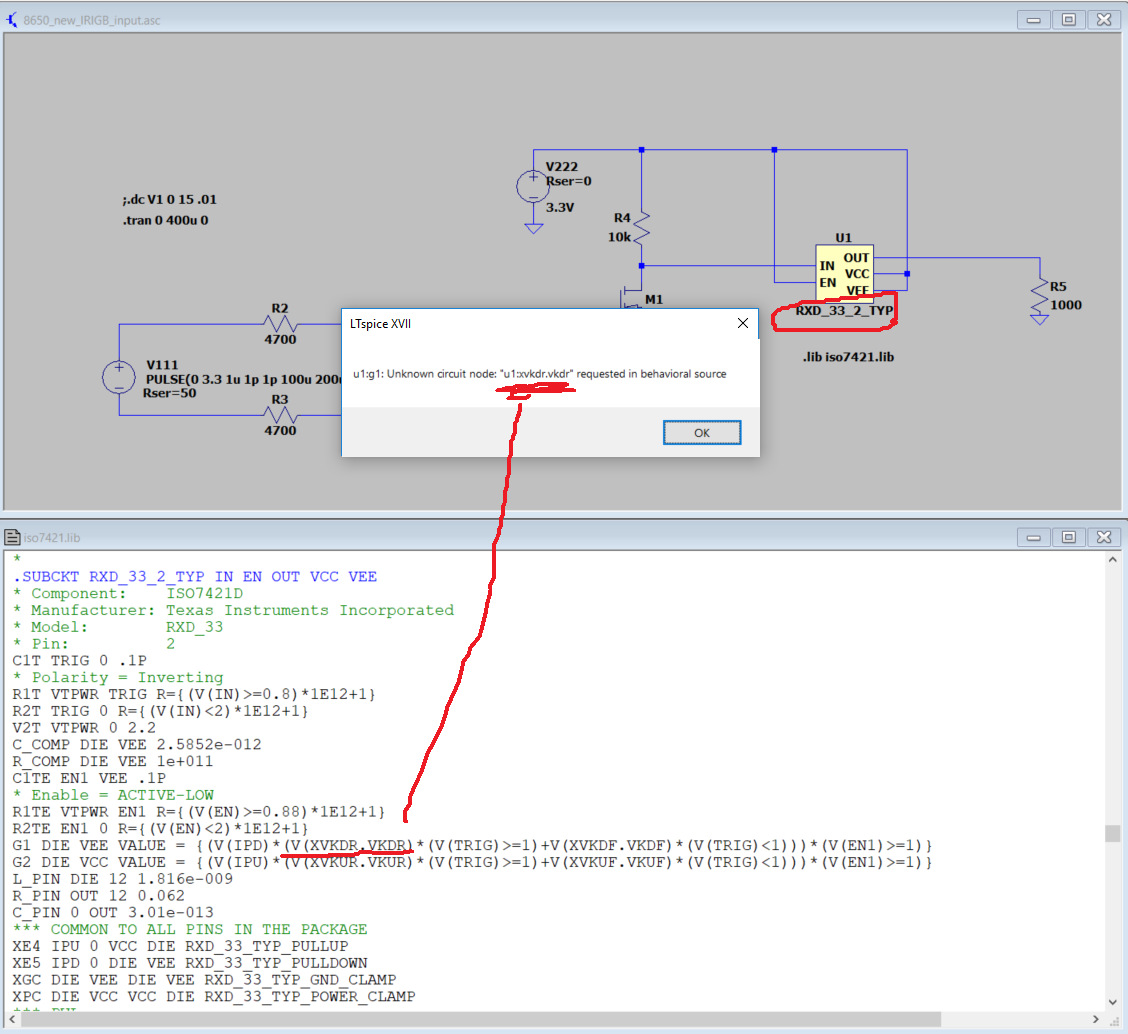 It cannot understand the V() function used in this way "V(XVKDR.VKDR)" Which is referencing a specific voltage net (VKDR) within the subckt (XVKDR).

Here is the LTspice project with .lib

For example, if I wanted to use a net named Vout.1 in an equation I would write this:

extracting the current only works on ports to parts, or two terminal parts

As far as I know, spice or LT spice do not support IBIS files, you need to convert the files to spice. This could be done with the tool described here and/orhere

Not the answer you're looking for? Browse other questions tagged simulation ltspice spice cad or ask your own question.

3
How can one label a node with more than one name in SPICE/ LTspice
4
LTSpice, MAC97A8 TRIAC model, Vgs error
2
Referencing DC Operating Points When Plotting Expressions in LTspice
2
Modelling NCP1217 IC for LTSpice
0
LTspice error reading a downloaded model
0
LTSpice error with the V() function in a subcircuit
0
LTSPICE how to use the TSTOP and TSTART in Subckt?
0
How do I eliminate a “Missing expression in ..” error message in LTspice XVII simulation
0
LTSpice Third Party MOSFET Error Message