In the following power amplifier: 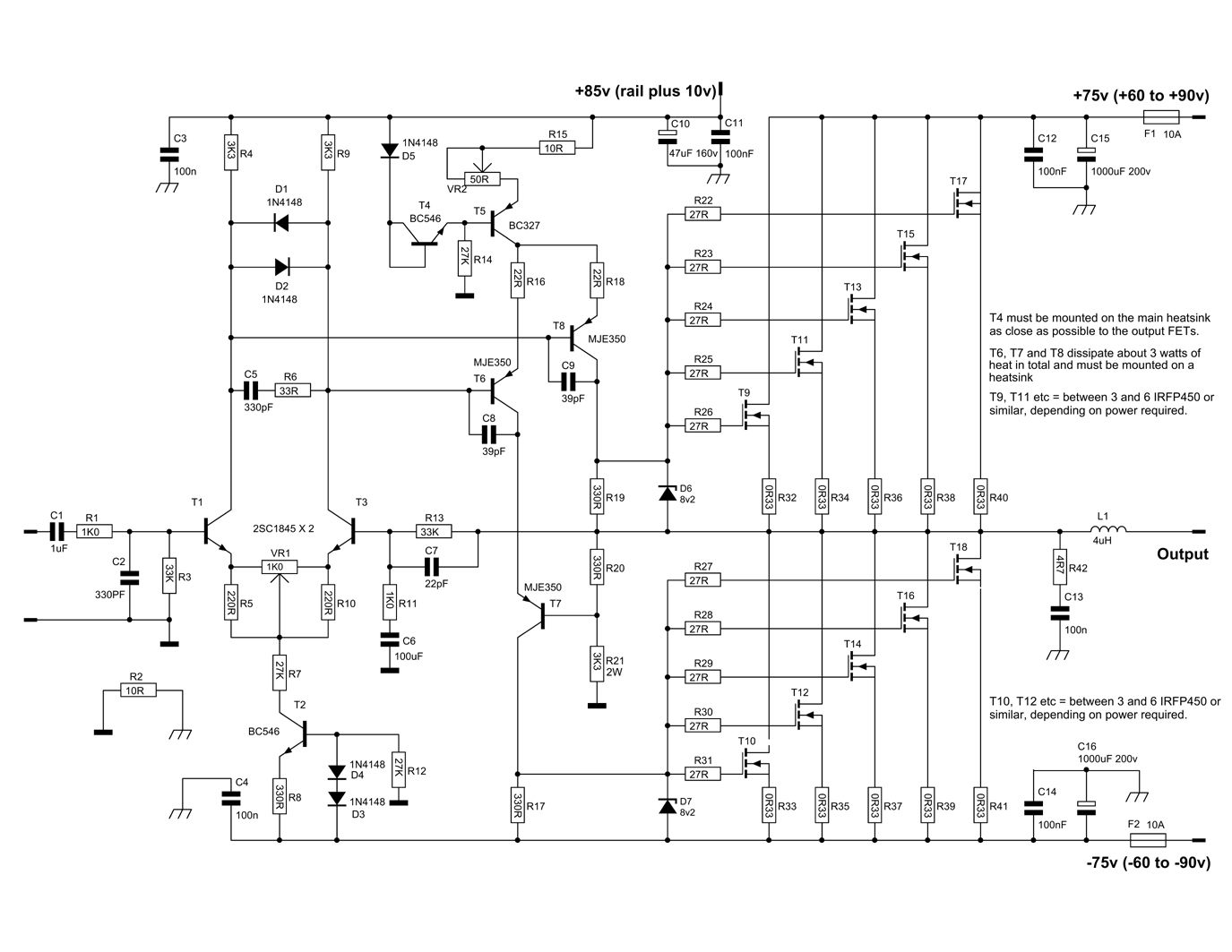 the MOS bias current is set by VR2. T4 acts as a temperature balance.

My goal is to improve this amplifier to make it more convenient to put in service, removing the needs of manual trim pot adjustment and rather controlling the parameter with MCU (or otherwise).

I still have quite some issue into understanding how T8, T6 and T7 works to set the gate voltage.

I am looking for a solution to automatically set the bias current, controlled by a MCU that would adjust it at power-up and periodically while the amp is not in operation.

I also look to switch off the bias current completely when the amp is not active, to reduce power consumption and heat.

The concept is to replace this group: 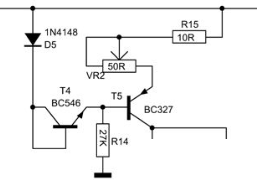 By the following, allowing to control the current source from the MCU. 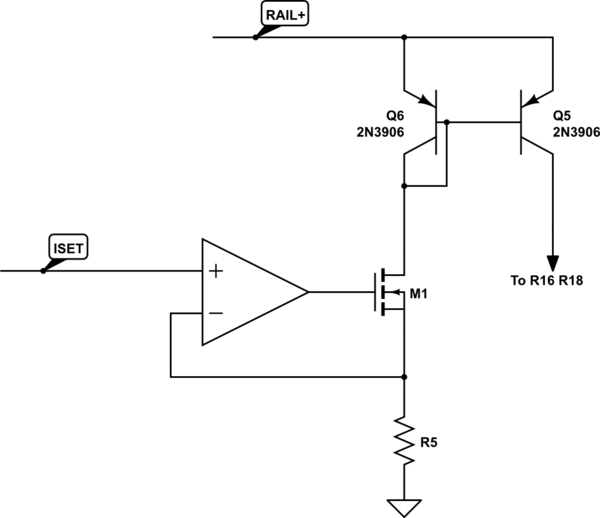 The MCU would also monitor the voltage across R32 during rest state to adjust the bias current. It can also stop any bias current during idle mode effectively disabling the amplifier.

Would that implementation make sense and would be possible to adjust the bias current by measuring across R21, as it is referenced to the ground it would be much easier.

T5 is effectively a current source, PNP, with base voltage (set by the diode drops of D5, T4) to roughly 1.4V below the 85V rail, giving roughly 0.7V across the 10 ohm resistor and 50R bias trim pot. If you assume say 35R as a typical setting then you get a current of about 20mA from the collector of T5.

To shut the thing down the obvious way is to place a NPN transistor or small signal mosfet (good for more then 85V) at the bottom of R14, turning this off will remove the base drive from T5 killing the bias current.

However, if I wanted to make the bias programmable (seems like overkill, but whatever) the way to play is to make the doings around T5 a current mirror and then build a current sink down at ground to control it, you will still need to organise temperature compensation obviously.

Not the answer you're looking for? Browse other questions tagged amplifier power-amplifier or ask your own question.