The columns are switched with DMG9933 Dual P mosfets.
The rows are driven with a constant current led driver ST STP16CPC26 (similar to TI TLC5956)

I noticed this problem because there where some ghosting between the columns.
I tried to solve it in software, by adding more blank time. That didn't change anything. The blank time was longer then the on time. Lowering switching speed didn't help either.

I made a diagram of a single LED.
Adding R1 Helped mitigate the problem. R1 needs to be added once per column, not for each LED. 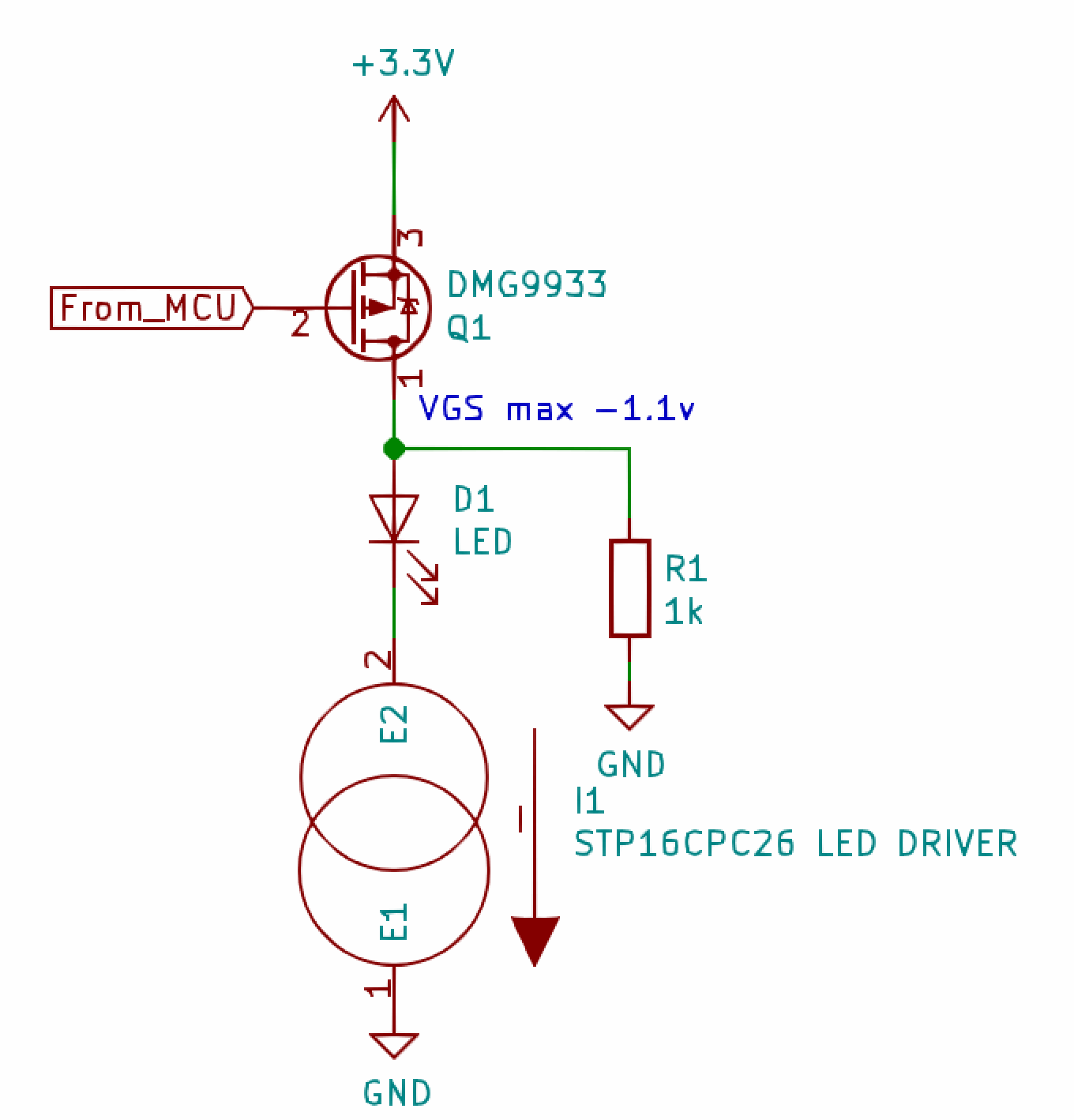 Without R1:
Green is the gate and blue is the drain. 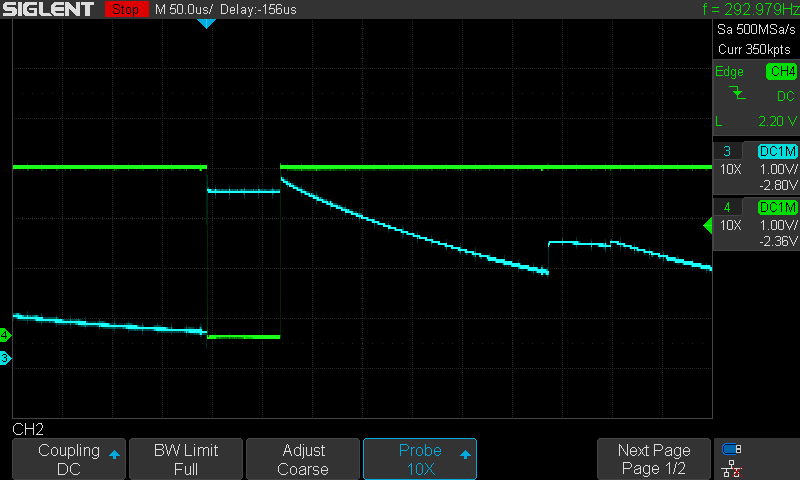 With R1:
Green is the gate and blue is the drain. 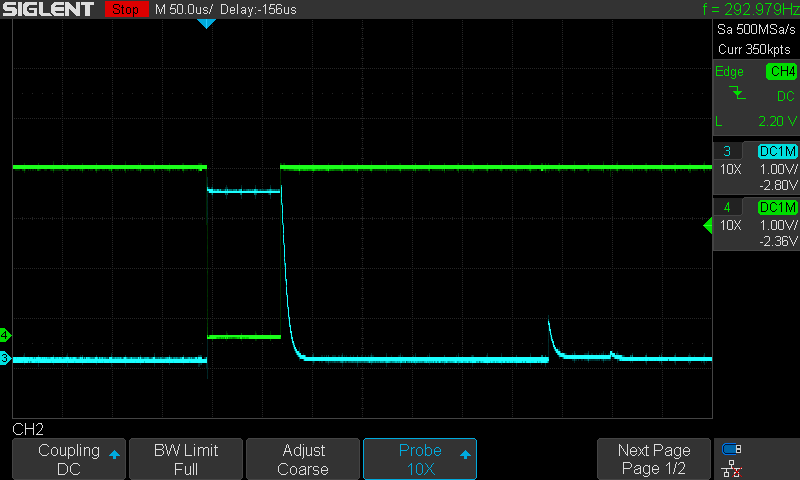 I though at first that it might be leakage current, but this transistor supposed to have that under 10na so i doubt that's the cause. I've built 2 of these boards and both exhibit this problem on all 10 columns. There should be very little capacitance between the LEDs and the drain.

So what is the cause of this? Is this the fault of the led driver maybe?

All diodes have a capacitance which reduces with reverse voltage, which does not occur here. The capacitance also increases with rated power.

This is a very old known issue when multiplexing any LEDs.

I guess you may have it solved, already, but here is my contribution. I have had the same problem due to the input capacitance of the MOSFET. You see, when it is off, the gate is at VCC and the capacitance between gate and drain will work to supply some current to the LED (mostly due to the switching from STP16CPC26 output). The best would be to use a N-Channel MOSFET and keep the gate at 0V when this LED shall be off. This way the input capacitance would be grounded and no current shall flow.

Not the answer you're looking for? Browse other questions tagged pcb-design multiplexer led-driver pmos led-matrix or ask your own question.