You will need to modify it so that the following things are true: 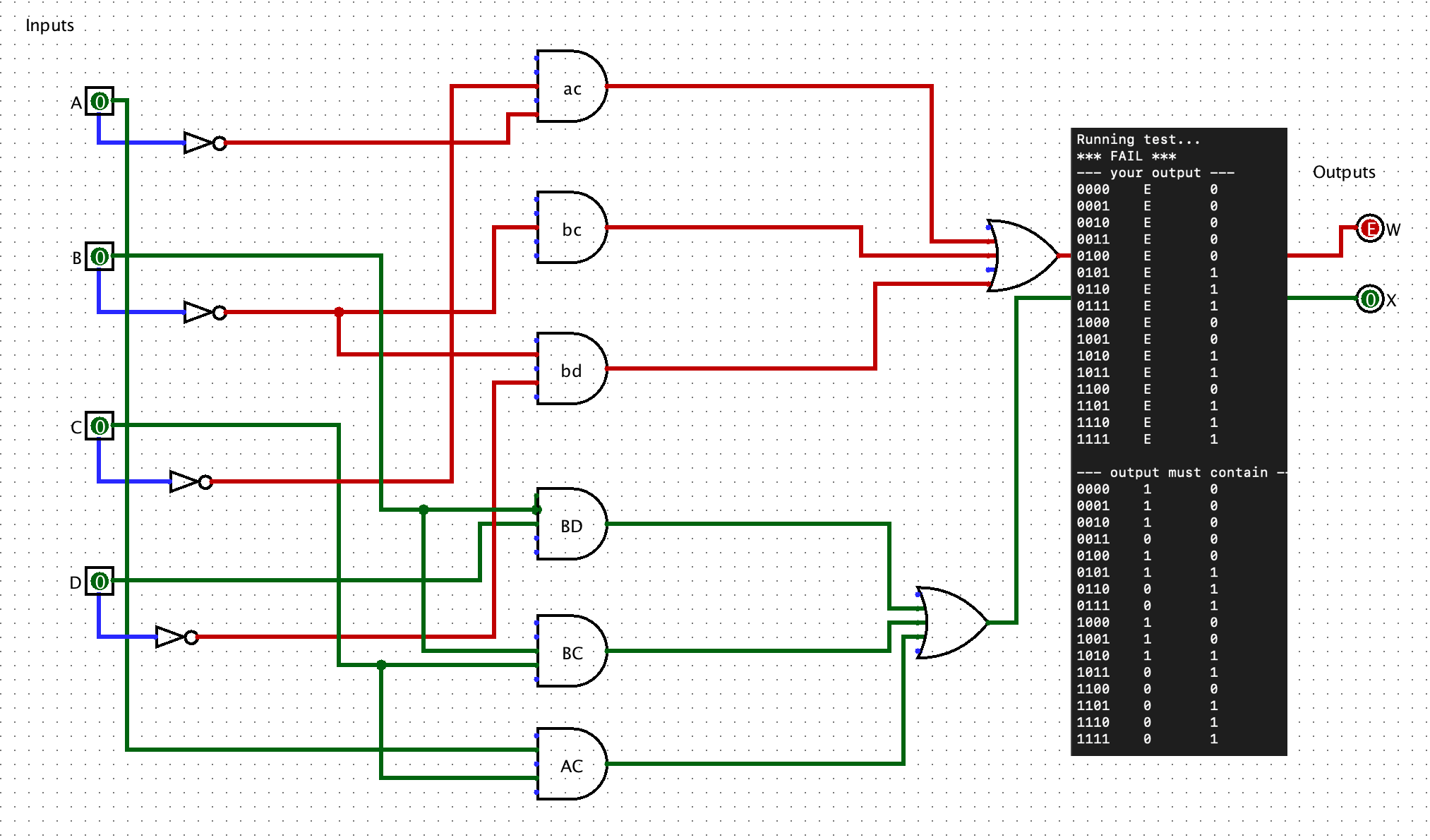 Let me give you some help. It won't solve all your problems. But it will help solve this one.

First, let's look at a PIN in Logisim. If you go to the Wiring folder, you see something called Pin. This can either be an input pin or an output pin (as I think you already know.) An input pin, placed onto the schematic page, looks like this: 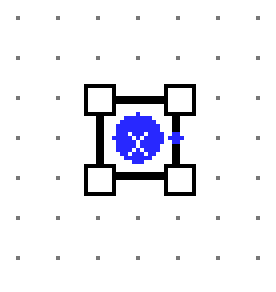 There is already one problem that needs to be fixed. The default, when you first start up Logisim, is that a pin is for generating input signals. (Technically, it's actually an output "device" but Logisim calls it an "output=No" on the dialog box. So you just get used to it.) It is also, by default, a 3-state output. Normally, you do NOT want 3-state outputs. So to fix that, go here and change the option from Yes to No.

I think you may already know that much, as well.

So this gets us to the main problem in your circuit. The PIN device only has an output connection on one of its sides. If you look at the above dialog, you can see that there is a "Facing" option. In the above, it says East. Let's look at a zoomed up version again -- this time the pin is a 2-state output and I'm putting an arrow pointing at the only connection point you can use: 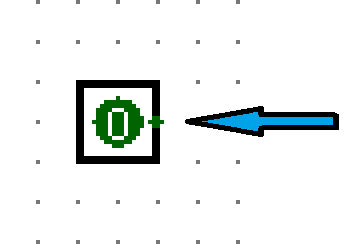 You didn't do that with some of your wiring.

So what happens then is that your inverters have an unknown input (shown as a blue wire) and don't know how to invert it since there's no input and inverters don't assume one for you. So the inverter generates a red wire to let you know you have a problem.

A red wire as input to a gate will cause the gate's output to also be red. (Another error.) A blue wire input into a gate with more than one input doesn't necessarily cause any trouble. For example, an AND gate with two inputs (you seem to be using the default of 5 inputs on your gates, but who is counting) and only one of them connected up to something generating a value will cause the AND gate to simply follow the only input it has. So a 0 in will put a 0 out and a 1 in will put a 1 out, in that case. So some gates will do "reasonable things" if not all their inputs are tied to something. (The case where a blue wire is okay.) In general, though, you should not want to have any blue wires. Better is to specify the correct number of inputs to your gates and then make sure that all those inputs have active and valid drivers for them.

This is how each of your left-side pins should look: 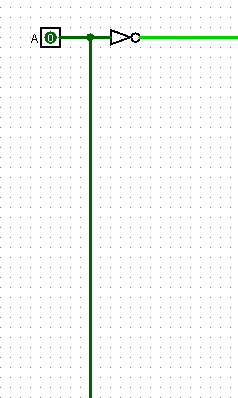 Note the lack of red wires? Or blue?

Not the answer you're looking for? Browse other questions tagged assembly logisim or ask your own question.

0
Why does this give me a red wire in Logisim?

2
How does logisim differ from redstone and real life circuitry?
0
Logisim ROM Output not matching address input
0
Multiplying numbers with number 12 on Logisim
0
Logism shows output as X, even though the gate is connected
0
Starting and stopping of a Mod N Counter for a FSM in Logisim
0
Curious Behavior In Logisim while trying to mimic a halt instruction