What kind of plug is this?

I'm trying to figure out what type of plug is this. According to this site it is most similar to type A, but the blades are spaced only 10mm apart and they have the same size. According to here one should be bigger and they should be spaced 12.7mm apart, which is not the case.

But then, what is it? 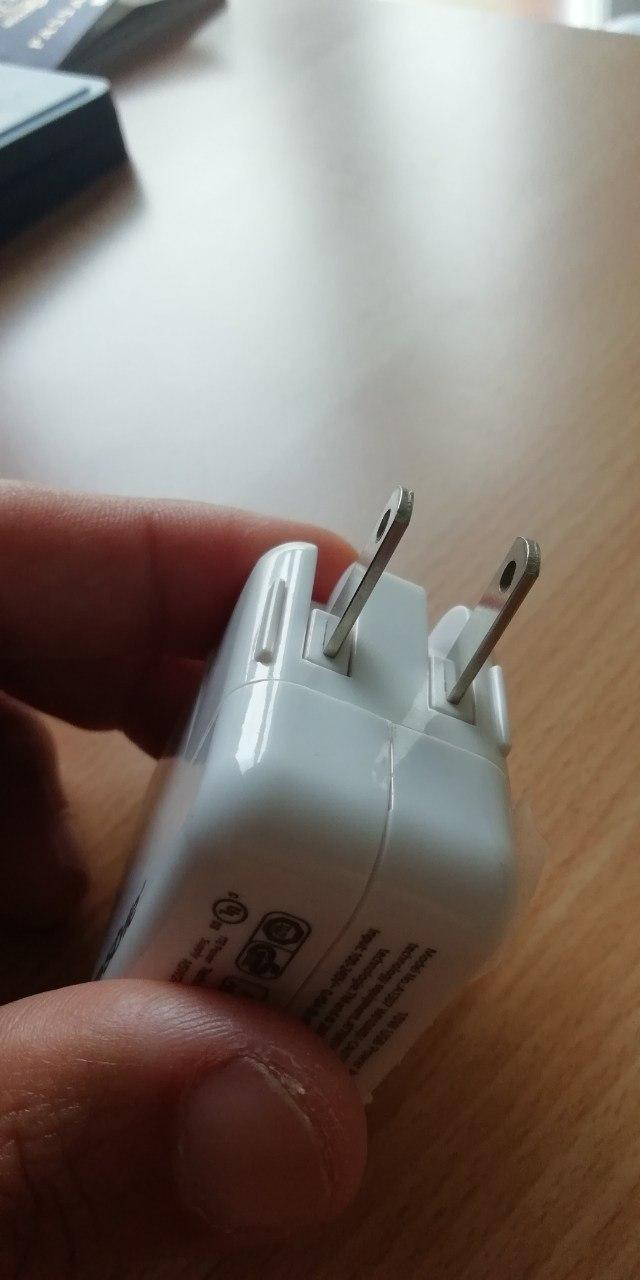 identification mains plug
Share
Improve this question
edited May 24 '19 at 18:05

This is a standard NEMA 1-15P plug as used in North America. One blade is large if the plug is polarized, but you rarely see polarized equipment nowadays so it's become rarer to see the polarized plug.

As for the blade spacing, there's a fair amount of play in American plugs and sockets. The spacing can be off by a bit without it really mattering, and the blades bend fairly easily on top of that so it's possible your measuring implement (calipers, perhaps?) squeezed them closer together while you used it. On top of that, there's additional imprecision added by the use of that hinge mechanism.

It also comes to mind that the spacing depends on how you measure it; the blades are about 1.6mm thick, so if you measure inside-to-inside you would expect to measure about 11mm, rather than 12.7 (which I believe is the specified center-to-center distance).

A physically identical plug is also used in Japan, though I don't know as much about that.

Not the answer you're looking for? Browse other questions tagged identification mains plug or ask your own question.

2
Which devices use UC-E6 plug
0
What type of axial capacitor is silver with transparent ends
0
Trying to identify unknown connection plug
0
230V AC to 5V DC smart plug components
1
What exact connector is this?
2
What is this cable/device?
0
What kind of 16-pin connector is this?
1
D246A - what kind of diode is this?