Identify the element among RLC

(d)can not be a single element

answer : the answer is given (c) A capacitor but no explanation is given .

i'm confused how can inductor amplify current without presence of any active source in the network so, please provide explanation of answer for understanding concept behind the question . thank you.

EDIT:As per hilmer comment i break problem into three cases below is the pic attached for same 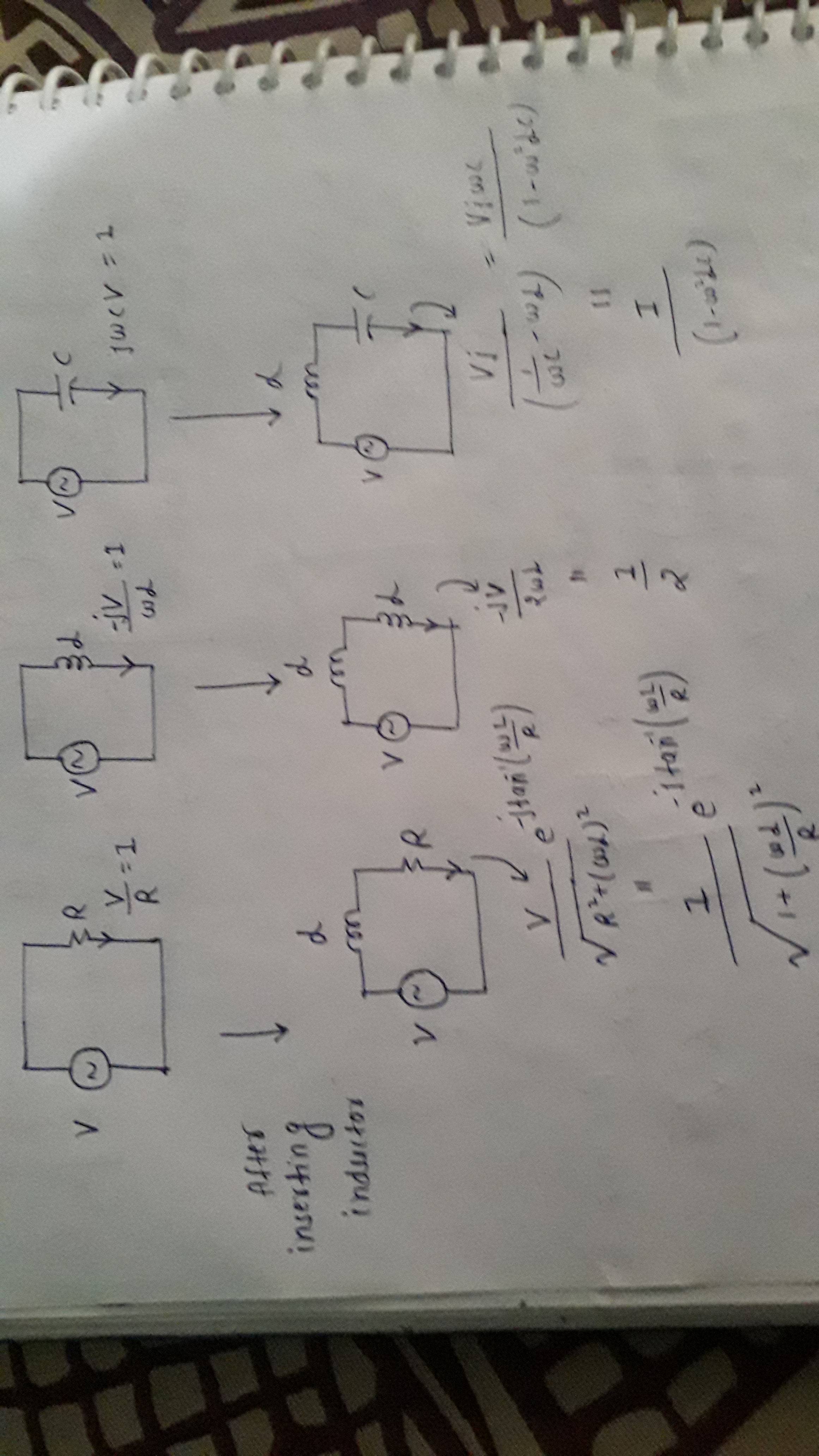 but how the current become 2 times is still my doubt? even if W^2*LC =1/2 then numerator will also change accordingly

this looks like homework, so I'm only going to give hints

EDIT based on the work done.

There nothing special about the number 2 here, it could 1.3, 20.5 or any other number. The only thing that's relevant is that it is larter than 1, and that means that the current gets bigger, not smaller.

You can simply look at the magnitude of the impedance and see if it goes up or down. Calling your inductor L0 we have

1
Measuring the resonant frequency of an RLC circuit
1
Damped RLC Circuit Equation
1
In this parallel RLC circuit, why is there no current flowing through the ideal RLC elements until after the switch is open?
0
Why in a voltage driven parallel RLC circuit (at resonance), the current of the inductor has a DC component?
3
RLC circuit: unexpected behaviour
1
Solution of current in series RLC circuit for a forcing function
1
RLC Circuit Source Transformation
0
How to calculate the gain of a RLC tank filter?
10
The Intuition for RLC circuits