Why is only the fundamental frequency component said to give useful power?

In most books it's said that the harmonic content in an AC line does not transfer power (just the fundamental frequency does), but no explanation. It seems intuitive, but why is that true?

Edit: In the context of electrical power, so I'm imagining a distorted current waveform and a sine wave voltage.

It's true because the voltage is sinusoidal and

And only in the case where a=b does the result have a mean value that is not zero.

It's an overly-general statement. Obviously, with a resistive load, all frequencies transfer power.

It's really a statement about rotating machinery specifically (motors and generators). For these devices, energy at frequencies other than the fundamental is just as likely to oppose the work being done as aid it. Also, the energy of high frequencies is often wasted in the form of unwanted eddy currents, etc.

That is true only if the current is being distorted by the load and not due to distortion of the voltage waveform of the AC line.

If you multiply the instantaneous values, point by point, of two sine waves of different frequencies, you get a waveform that has an average of zero. You have positive power during some intervals and negative power in other intervals. That shows that the energy is passing back and forth rather than being transferred from the source to the load. 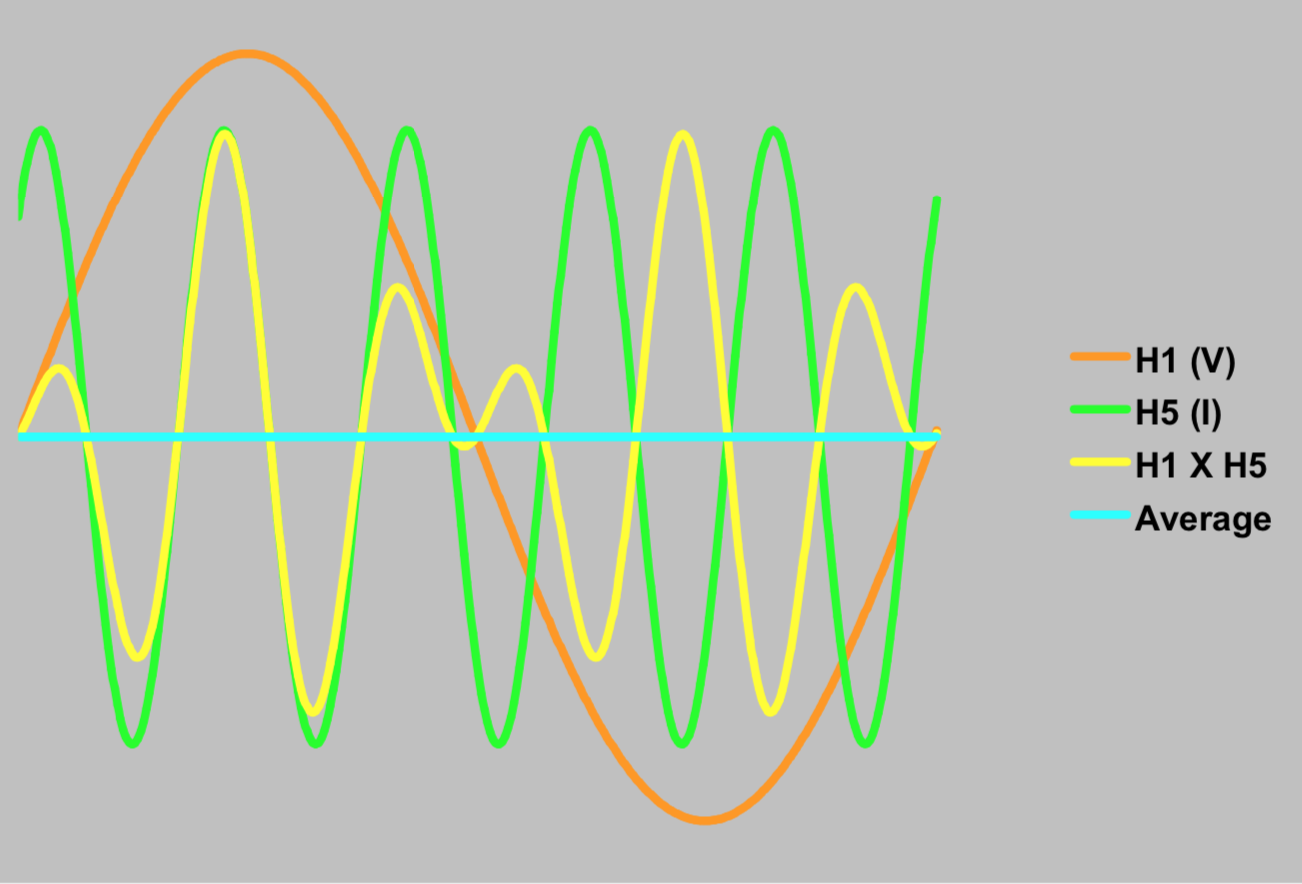 Harmonic power would be useful to the extent it causes heating where heating is the desired use of power. There is some possibility that harmonic power could be useful in a universal motor. It might also be useful when rectified and filtered. While some of the power transferred might be said to be useful, the undesirable effects would outweigh the usefulness.

From a sinewave grid, this is true since the harmonics are due to any "nonlinear device.

For example, the partial magnetic core saturation controlled by the peak excitation voltage.

However, that statement contradicts inexpensive inverters with square wave sources rated in V-rms. The harmonics in this voltage waveform can generate the same power in resistive loads. But then harmonics can increase eddy current losses in motors so it is less efficient.

So if you understand the source of the harmonics and load impedance, you can understand the exceptions to the rule. An electrical heater, being mainly resistive can use either sine or square wave sources. 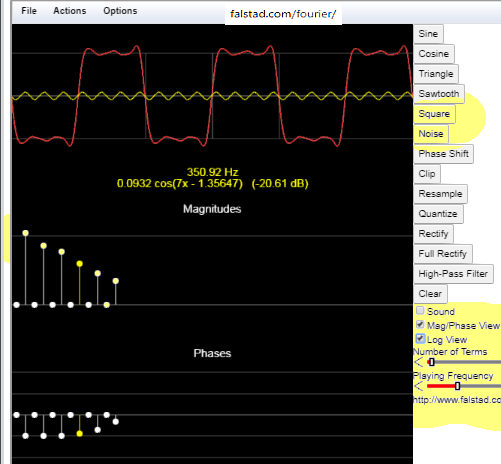 The only difference between real (used) power and reactive (stored) power is the 90 deg phase shift component of current relative to voltage, regardless if it is fundamental or harmonics.

In the context of the power grid, AC power is generated and transmitted through transformers in three phases 120 degrees apart. The third harmonic (triple the frequency) is identical for all three phases, which you can verify by plotting the sine waves. When you connect a load between any two phases, the third harmonic voltage is the same on both wires, so your load sees nothing. (However, you will see the third harmonic from any phase to ground.). Since a three phase transformer connects only between phases, is cannot receive third harmonic power. This blocking applies for any 3n harmonic. This only happens in three phase power transmission, never when a single signal line is connected to a load.

Not the answer you're looking for? Browse other questions tagged power ac harmonics or ask your own question.

5
Underground cables and resonances in range of frequencies
6
Help me understand FFT and harmonic distortions
0
Why does electricity have a phase?
2
Harmonic distortion in sub threshold 2 stage opamp
1
Why is harmonic voltage flowing to the source
0
LCR circuit with squarewave input: Why does the output take a decreasing amplitude through each cycle?
0
Output of AC op amp circuit has unknown superimposed signal on top of expected output signal
0
Finding a Fourier series of a Burst Fired sine wave having consecutive 2 cycles on & 2 cycles off?
1
Aperiod vs Period waveform Fourier Transform: How does nature understand which is the case?
17
Why harmonic distortion and not at other frequencies?