So I'm trying to bring up a new SPI LED driver that I've never used before PCA9745B. and I'm getting a really weird bug.

When writing identical data to the chip, using identical LEDs and nearly identical trace layout. Some of the LEDs barely turn on while others seem to function perfectly. The pattern of bright v dim LEDs is constant per chip but is different between chips. Each of my boards has two driver chips. I've tried swapping the position of the two chips and the position of the bright/dim LEDs swaps accordingly. New chips give new patterns. 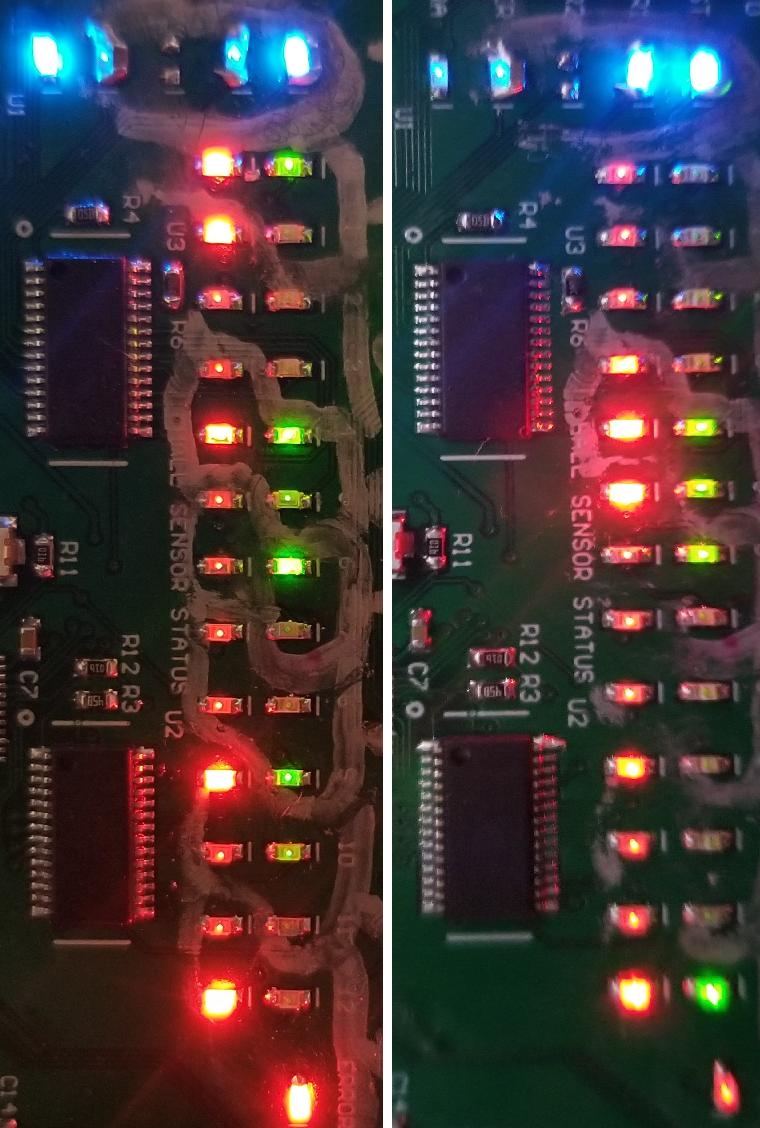 At this point I'm pretty much at a loss for what to try next. My one thought is that the LEDs could need a resistor in series to compensate for slightly different Vf values but the datasheet says the chip should be able to handle this so I'm doubtful that's the solution. If you've used this chip before or have any insights I'd appreciate any suggestions!

At least Rext should go to ground, not to 3V3. That could mess the whole thing up.

Not the answer you're looking for? Browse other questions tagged spi led-driver or ask your own question.