High current on PCB to through hole connector

If I have a though-hole connector with 3.5mm pin spacing and the manufacture rates it for 14 amps per contact, how am I supposed to safely carry anywhere near that current over the PCB? Specifically, say 10A?

According to various online calculators, with a 2oz/ft^2 copper thickness, 25c ambient, 10c rise, etc, I need 3.6mm traces, which seems physically impossible. Also the 25c ambient seems to be rather lower than the device I'm working on would likely be used at (35c ambient seems more likely). I see elsewhere that the 10c temperature rise is likely to be too conservative, but I don't know what would be acceptable given my higher ambients.

What are the normal tricks that would be expected to get higher current to connectors with pin spacing that aren't wide enough for what typical online calculators recommend?

The connector is rated for 400V and the relay on the other side of the trace is rated for 300V, but I would probably only be doing 24-36V over it.

You can keep the tracks wide up as close as you can get, then taper down. If the connector is a single row and there's access i.e. the connector isn't at the edge, you can approach from both directions. and you can also use both sides and via them together further away. If it's more than 2 layers, you can also parallel up the inner layers too, but typically the inner layers won't carry much of the current. 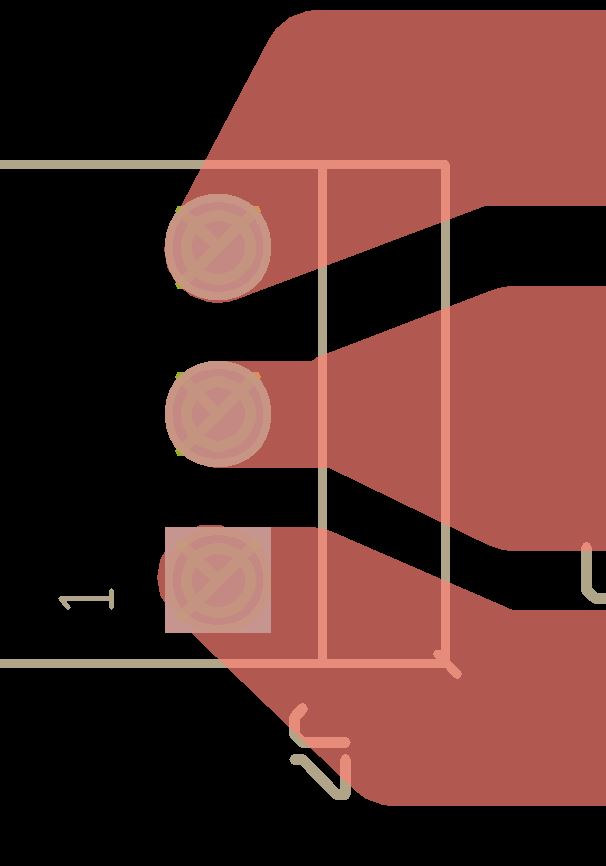 If you do not have temperature sensitive components nearby, conductor temp may be allowed to reach 60'C safely. 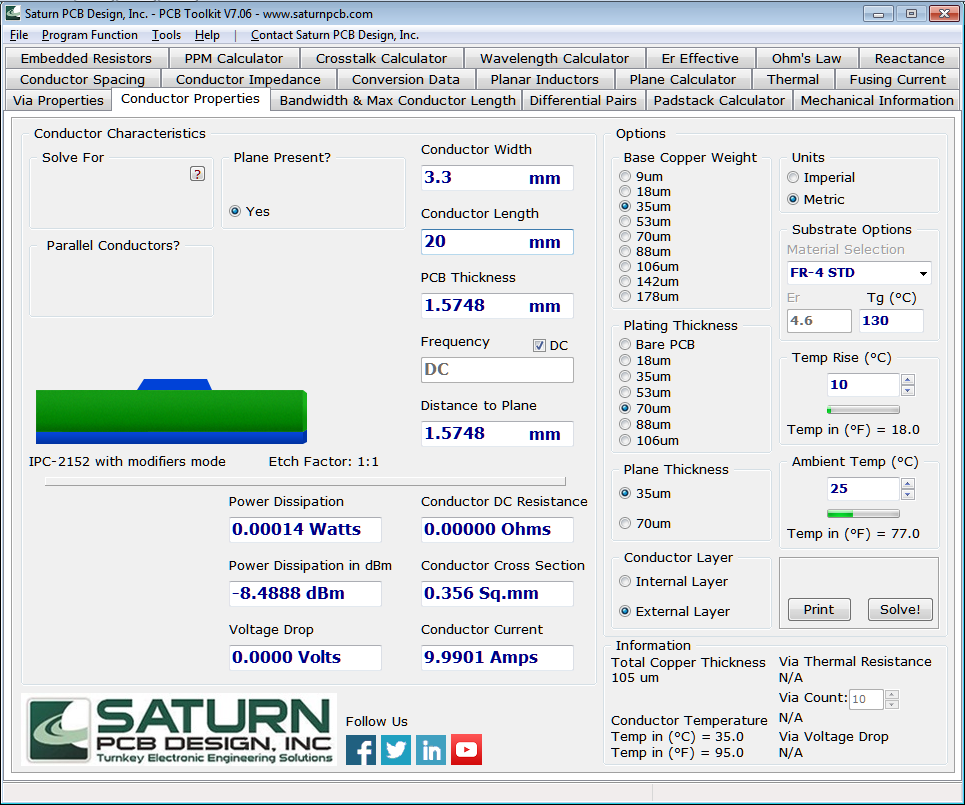 Or spread out the traces as Phil has done.

Beware that the heat rise is cumulative from adjacent tracks. The above would not be true if every track used 10A.

Not the answer you're looking for? Browse other questions tagged layout high-current or ask your own question.

6
What is a suitable temperature rise for PCB traces?