I am trying to develop a low-pass constant output impedance filter. The output impedance must be within ±10% of 5Ω from DC up to 1GHz. The filter is driving an open load (>10M) and must filter current noise above 1kHz.

To build such a circuit, I would normally use a transimpedance amplifier with a low pass feedback. Unfortunately, the filter must only be composed of passive (RLC) elements.

Typical low pass filters have the problem that their output impedance changes after the cut-off frequency.

My current solution requires that I must add a resistor (R2) to a LC filter (L1-C1) to prevent the capacitor from shunting my output impedance. By doing so, the frequency roll-off corresponds to a filter with half the order. i.e. in this case, -20db per decade instead of -40db per decade.

Is there a way to achieve -40dB per decade without cascading other elements? There seems to be a lack of literature on constant output impedance passive filters. 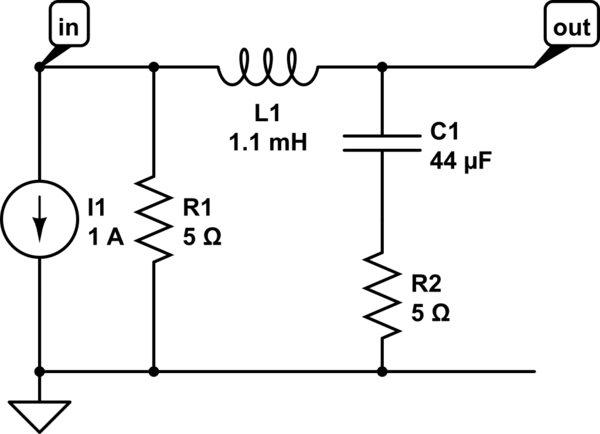 EDIT: Parasitics were omitted to keep the question about the topology of the filter. In practice, I have the ESL of C1 and the parallel capacitance of L1. These parasitics are compensated by a second LC+R stage with smaller values, which have smaller parasitics.

The only way to get a higher rolloff is to insert additional poles. 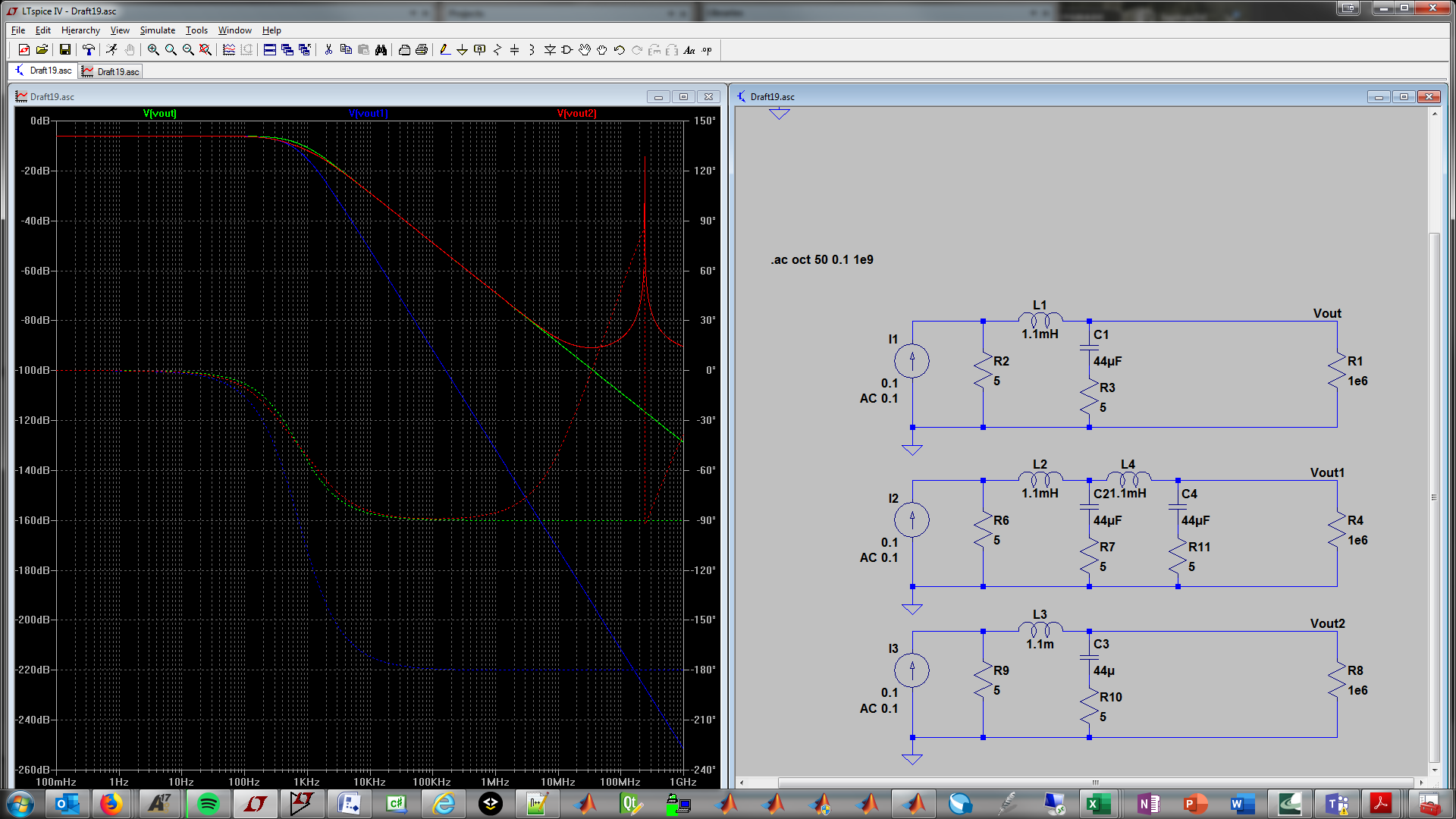 You'll probably need to get X2Y caps an parallel them with normal caps to get the rolloff to continue at high frequencies.

Not the answer you're looking for? Browse other questions tagged impedance low-pass passive-filter transimpedance or ask your own question.