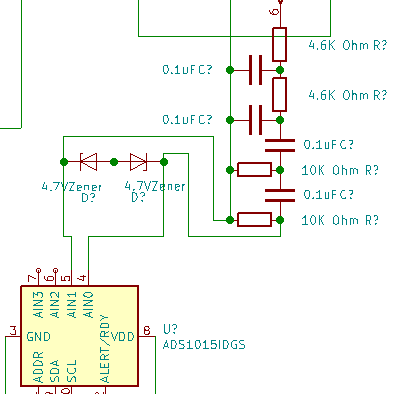 I'm losing a lot of my actual signal and I'm wondering if I need to be considering some different components.

The signal coming directly out of the amplifier chip (INA128) reads a peak to peak swing of about 3.5volts. It is powered by a true split supply rail +/-9V. The signal after the filtering is somewhere in the neighborhood of 300mV. So what am I doing wrong on the filtering? Any ideas?

EDIT: Filter Design image added. Pin 6 at the top is the output pin from the INA128. The left trace to the capacitors and resistors are the Common rail. You'll notice that there are two 4.7 zeners on the output (to protect against over-voltage to the ADC chip downstream) and the final signal is getting passed to an ADS1015 analog to digital chip. (I know, I'm losing my negative signal on the ADS1015, but that's not really important data in my circuit. I'll tackle that later with a true split rail ADC chip.)

Here is just my example. 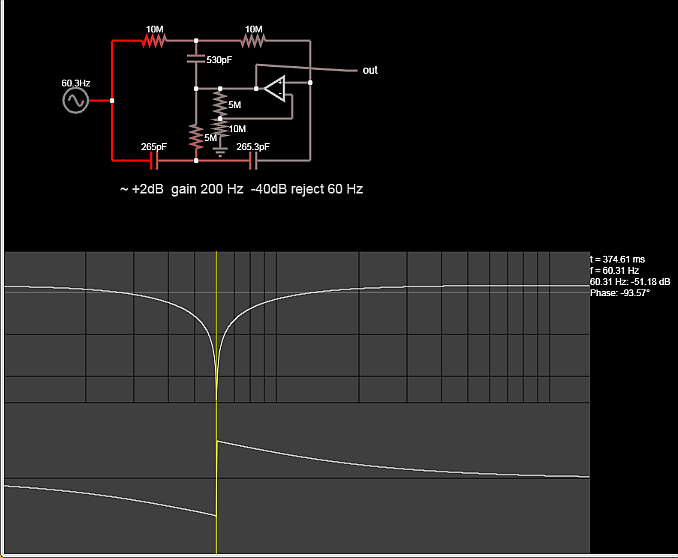 After removing the second stage of the high pass filter and doing some rigorous testing, it appears the filter is functioning better than I had expected. There's still some signal amplification issues to be resolved, but you can see from the plot below that the system is clearly passing frequencies centering around 220Hz with a bandwidth that is sufficiently narrow for my purposes. (Green is the millivolt response from the ADC, StDev is the standard deviation of the array of data that makes up the value, and SEM is the standard error of measurment.)

The first plot is at a receiver to transmitter distance of about 15 feet. 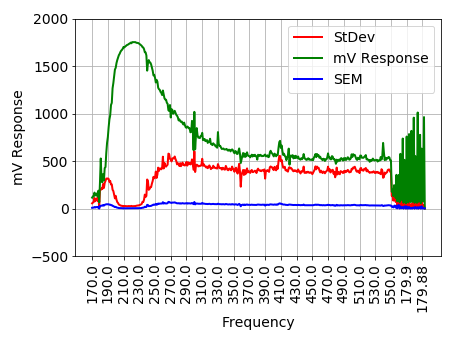 The second plot is at a distance of about 25 feet. Not good enough to suit my purposes, but that's a different question altogether. 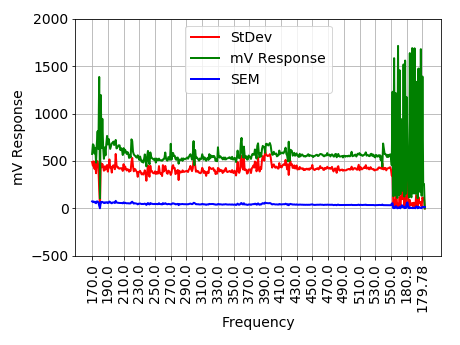 So I'll have to call the filter question resolved. Thanks for the extended help to all those that participated in the chat.