Hole size and Diameter for vías between layer

I have a simple question I think... In my Design of PCB for standard parameters I need to have a trace of 1.5mm for power supply 4.7V 2A but I don’t know HOW to use vias here. What hole size and diameter I need to keep 1.5mm trace between top and bottom layer?

This is my actual trace and vias 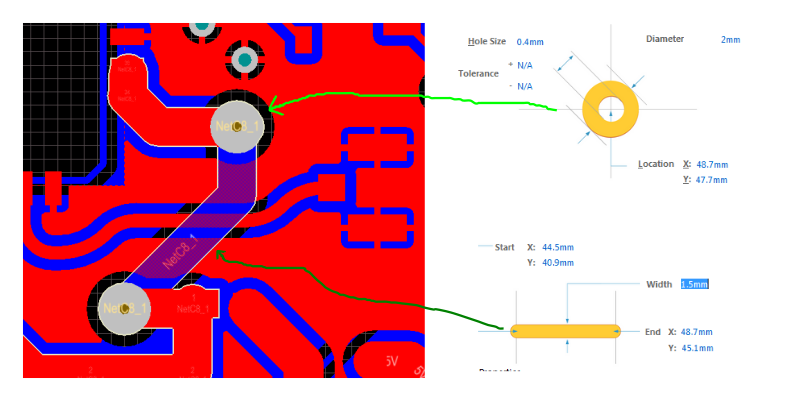 Think about why you are using such a wide trace for the power. It's to limit the total resistance of the connection from the power supply to the load.

Each via in the path will add resistance. You can use an online calculator or something like the Saturn PCB calculator (or some basic math) to determine the resistance of your via based on the via diameter, plating thickness, and via height.

Now just make sure the total resistance of the traces plus vias doesn't exceed your requirement for total connection resistance.

A second (but not secondary) consideration is the self-heating of the via. A calculator like the Saturn one can give an estimate of the self-heating of the via as well as the resistance. But you can't expect this to be particularly accurate because the calculator doesn't know about other copper features around the via that can improve thermal conductivity away from the via, or about other sources of heat near the via.

For example, a 10 mil via, with 0.7 mil copper plating through a 62 mil board, is about 0.002 ohms. That means about 4 mV drop for 2 A, which is probably no problem. But, with 2 A through it, it will heat up about 30 C. That could be acceptable in your application, or you might want to use larger or more vias to reduce self-heating.

You can also consider using several small vias in parallel rather than one large via to connect between layers.

What hole size and diameter I need to keep 1.5mm trace between top and bottom layer?

Also, you can parallel vias, sometimes a few smaller vias are better in parallel than a large one. Shown below: 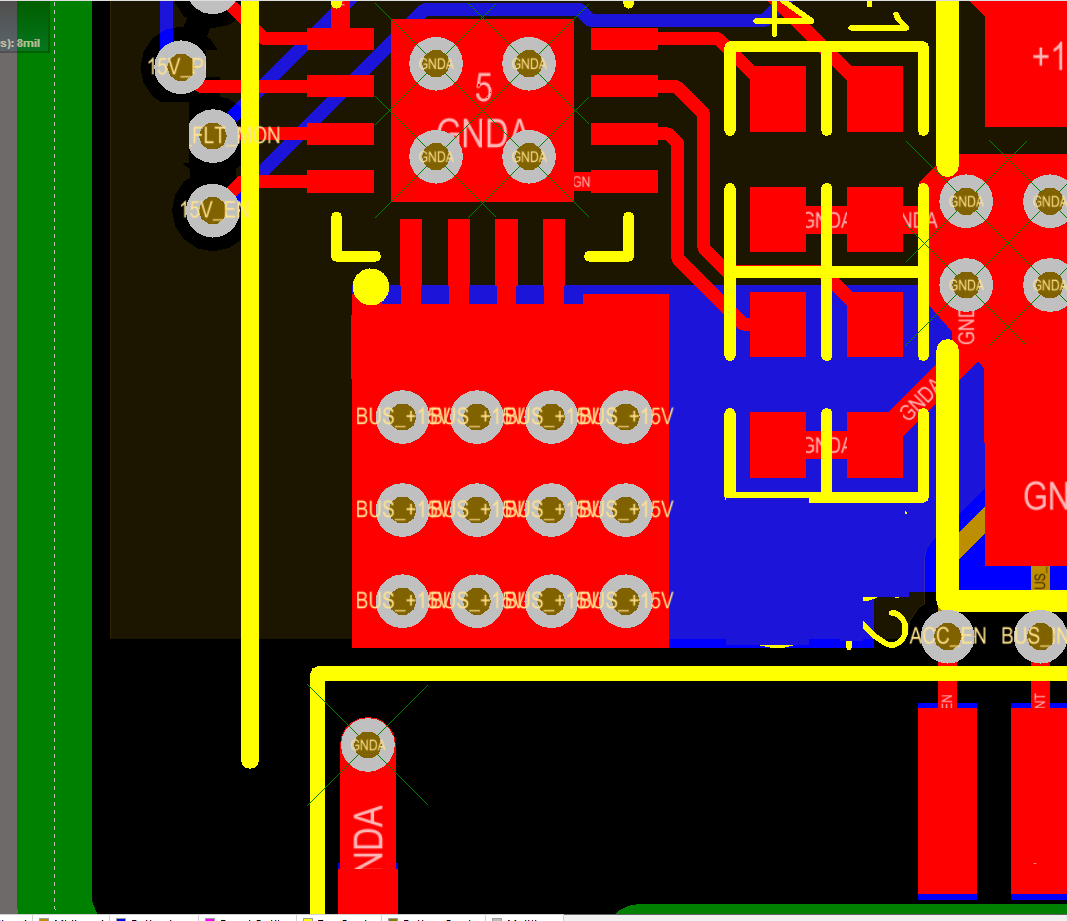 Not the answer you're looking for? Browse other questions tagged pcb via or ask your own question.

3
2 Layer Through Hole PCB
3
How large should a pad be for a 5mm screw terminal block?
5
PCB Design: What is the minimum value of Via Dia and Via Drill size?
14
How to chose via diameter and drill size based on trace width
2
PCB design: safe clearance between via and ground or Vcc inner plane
1
Via Stitching on 2 Layer PCB when top layer is not fully ground pour
1
PCB via stitching for current management
11
2-layer PCB design, through hole technology and ground plane
6
RF design Stitching vias
1
Will PCB board house accept this QFN thermal pad via design (KiCad)?