Based on theory when you want to find the output resistance of a circuit with dependent sources you can't turn them off so you have to add another source of known value in the points of interest and just compute the resistance. So far so good.

My issue is with the computation of the input resistance of a BJT transistor, whose equivalent circuit includes a dependent current source as seen below. 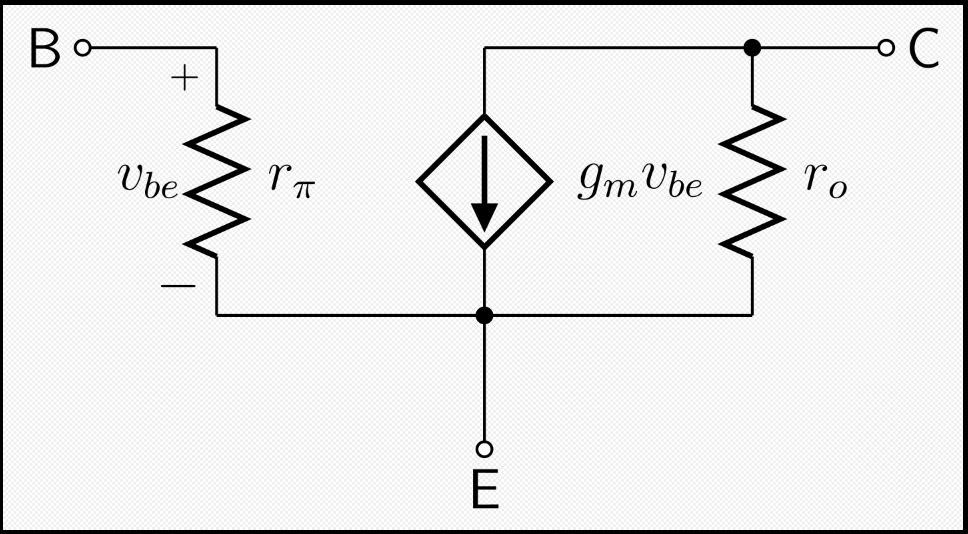 Why whenever I see a textbook computing the input resistance of a BJT it always just sums the resistances connected between BE? This is a procedure for when there are only independent sources.

For example in the case of the single transistor illustrated above the input resistance is \$R_{in}=r_{\pi}\$.

In all the other circuits without transistors we have to add a new source as I have mentioned and compute the resistance but in here we just work without caring about the dependent source. Why is that?

Basically if we consider a voltage source of \$1V\$ as an input then the current through BE would be \$i_{be}\$ so it is easily realized, as E is usually grounded, that the input resistance is

So is this procedure with the addition of a new source necessary but omitted from the textbooks because it is obvious (as the voltage in the input would be seen in the BE terminals making the resistances connected there easily computable)? Or they actually just add the resistances without caring about the dependent source for some other reason?

Or they actually just add the resistances without caring about the dependent source for some other reason?

The \$g_m\$ source produces current in the C-E branch, not in the B-E branch. So it doesn't contribute to determining the B-E equivalent resistance.

If you wanted the equivalent input resistance of a common-emitter amplifier with emitter degeneration (rather than just the transistor itself) ,

then you would certainly need to consider the effect of the \$g_m\$ source.

In comments you mentioned you are interested in a circuit theory answer. One thing to notice is that the transistor model you presented is the DC form of the hybrid pi model. It is designed so that you can write

0
How can I minimize the variance in voltage drop across transistors - or eliminate transistors from this design?
0
How to eliminate early effect in constant current source
3
Amplifier design with three stages
0
Working out equivalent resistance
0
How to determine transistor specification range for voltage and current (in relation to design requirements)
0
Where does Zi = hie+1(1+hfe)RE come from in a BJT from Hybrid Model?
0
calculating voltage or current for a plain transistor (no resistor)
0
What voltage or node are the BJT substrates connected to in a bipolar process opamp IC?
1
Help understanding the SPICE input impedance - why does it seem lower than I expect?