How to consider binary numbers? 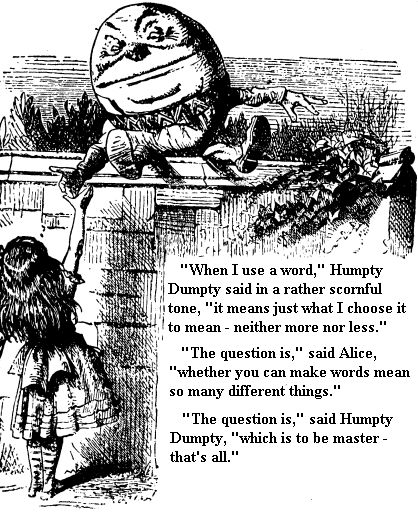 I your case you are Humpty Dumpty and can decide what you want a digital word to mean. 4-bit logic would be rather unusual these days so let's use 8-bit for our example. 8 bits gives us 28 = 256 combinations including zero. Generally these would be used as follows:

You also mention the possibility of using the first bit as sign and the remainder as the absolute value. This doesn't work out so well as the logic gets complicated.

In comparison the standard two's compliment handles the negative transition quite simply by rolling over from 00000000 (0) to 11111111 (-1), etc., in much the same way that the old mechanical mileometers in cars would roll over if you ran them backwards or forwards for long enough.

Some programming languages force you to define the data type before use. This cab be a good thing as it forces the user to consider exactly what they want and how much memory to set aside for each variable. Others are more flexible and adapt on the fly.

Lewis Carroll was a mathematician and would have appreciated the possibilities that this gives us.

How to interpret it depends on the context, and what operations are done to it. Most of the time with integer numbers, '1101' is either 13 (unsigned) or '-3' (signed in 2's complement), but extremely rarely, if ever in computers, as '-5' (signed in 1's complement notation, i.e. sign-magnitude).