P or N channel MOSFET to disconnect a load

Excuse the simpleton schematic, but I don't understand how I should use/wire a P or N channel MOSFET to disconnect a load.

I am using this MOSFET, this solar charger, this PV solar panel and this LED driver.

During daytime, a PV solar panel shall charge a battery (works). During nighttime, the battery shall power an LED driver (works). I assumed I can use a P channel MOSFET as shown to automatically disconnect the LED driver during daytime and only be powered at nighttime. What would I have to do to do it right?

Edit: No matter what the insolation (0-7V output by the solar panel - covered, indoor, in full sun), the LED remains off at all times (the driver receives near zero voltage). I checked the MOSFET and tried it with another of the same type. 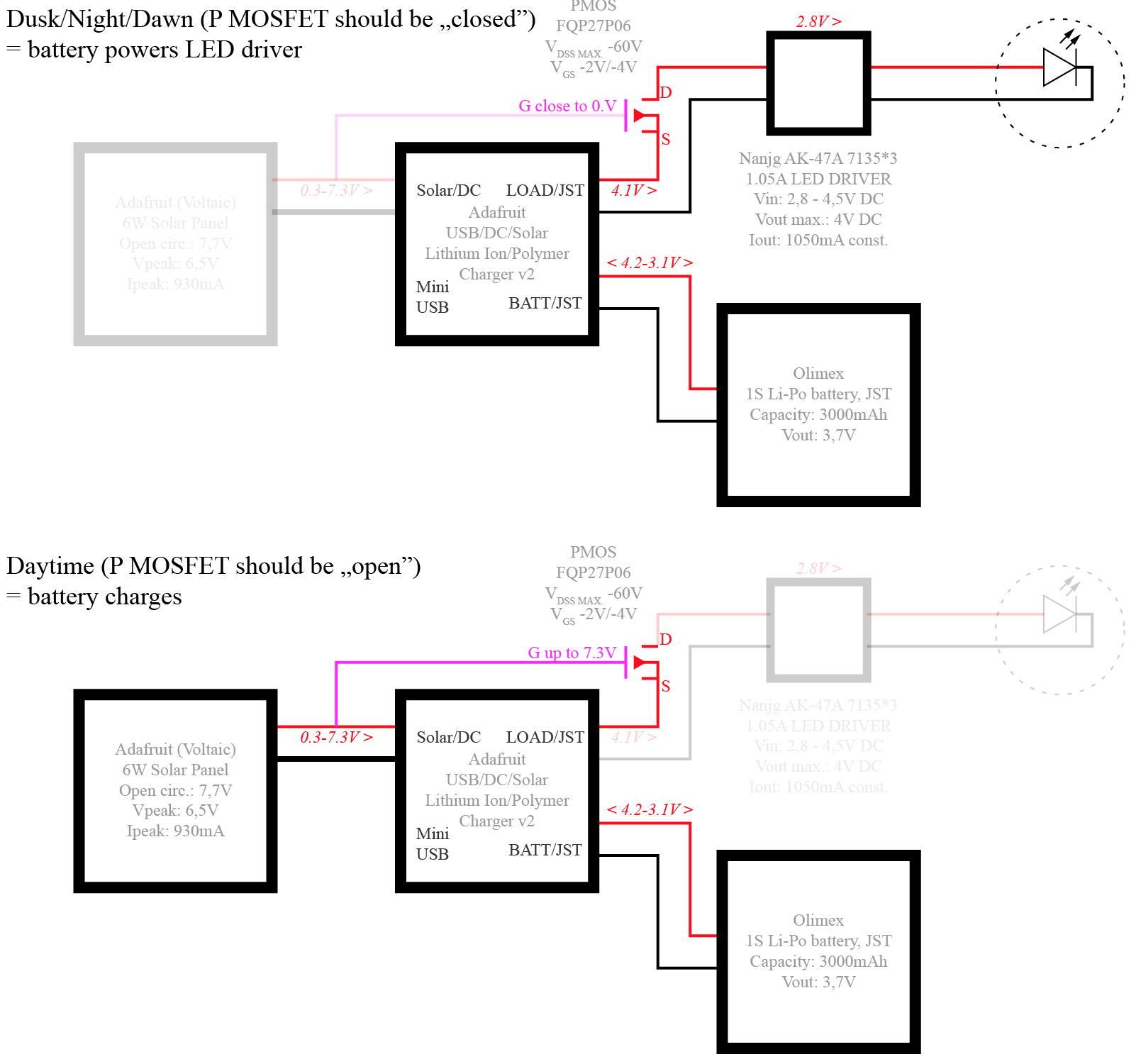 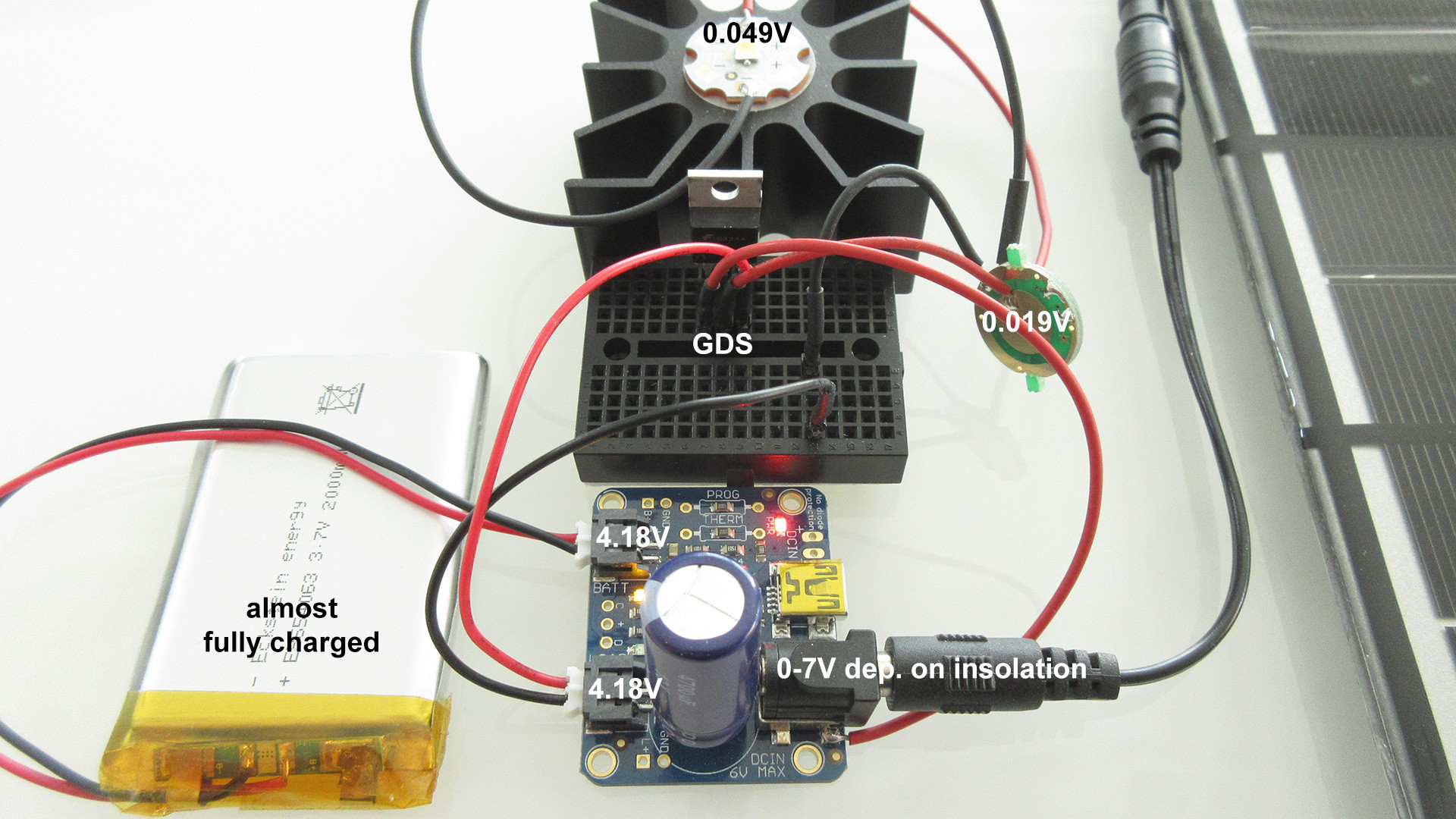 What you show is correct, a p-channel power MOSFET in series with the + output, source to the battery manager, and drain to the load (the LED driver). The question is, what is the amount of daylight when the solar panel output voltage drops MOSFET's gate voltage to the point where it no longer is fully enhanced and starts to "turn off". It might be lighter or darker than you want.

Separate from that is the amount of time it takes for the FET to go from fully on to fully off. during this time it can dissipate significant power and get hot enough to destroy itself. Consider adding a comparator that snaps the FET from on to off.

An added benefit of the comparator is it makes the on/off daylight level adjustable.

All right, a wrong MOSFET type it was (regarding the voltages involved).

I put that one into the circuit instead and now everything works as intended. Only in late evening, the LED comes on and goes off already in the very early morning. The P-channel MOSFET does not heat up detectably at all.

I may now up the charger from 500mA to 1A charging as per Adafruit's instructions and use a 10,000mAh Li-Poly battery for full lumen output over 7 hours.

Thank you all for your input. 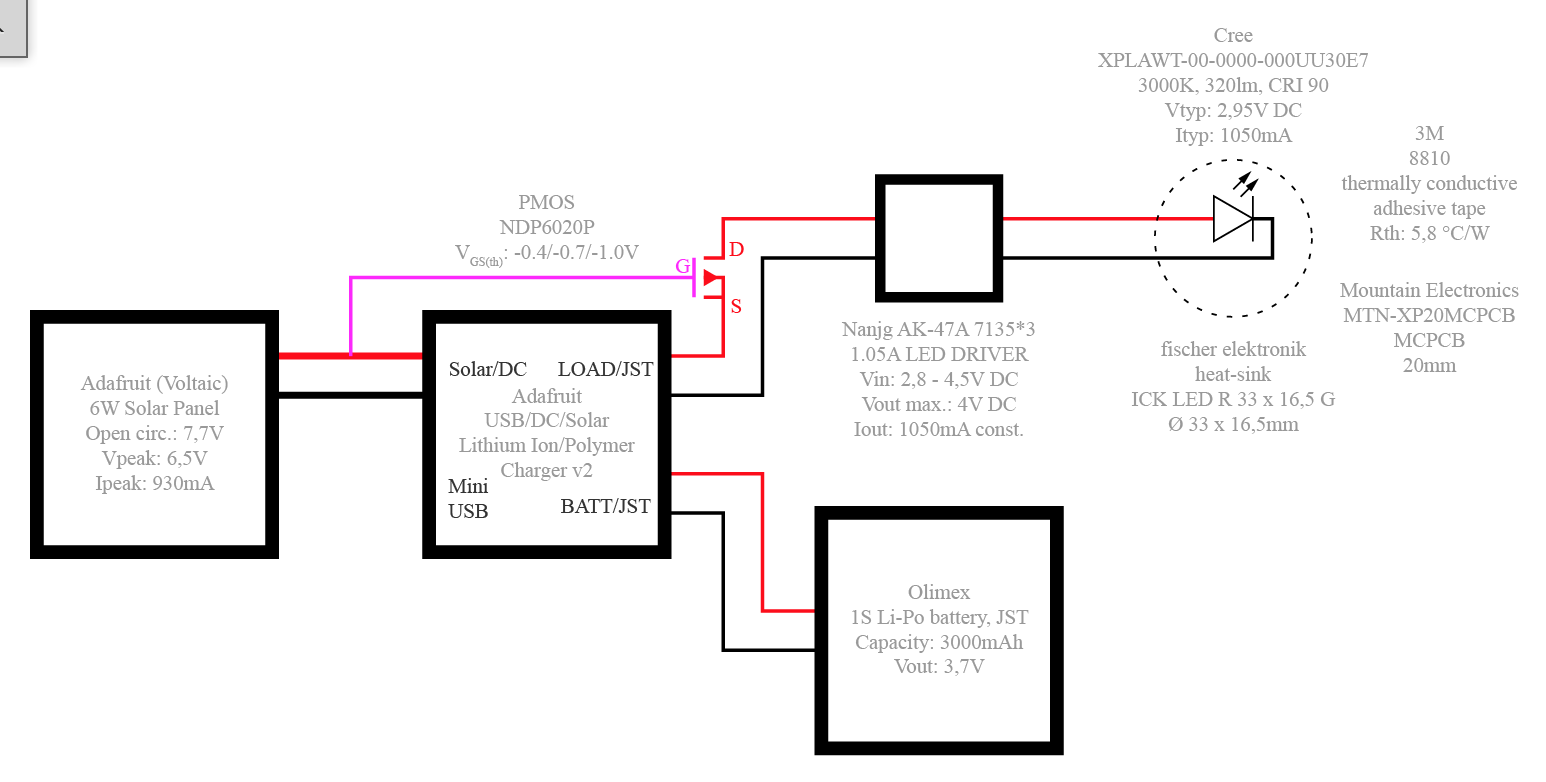 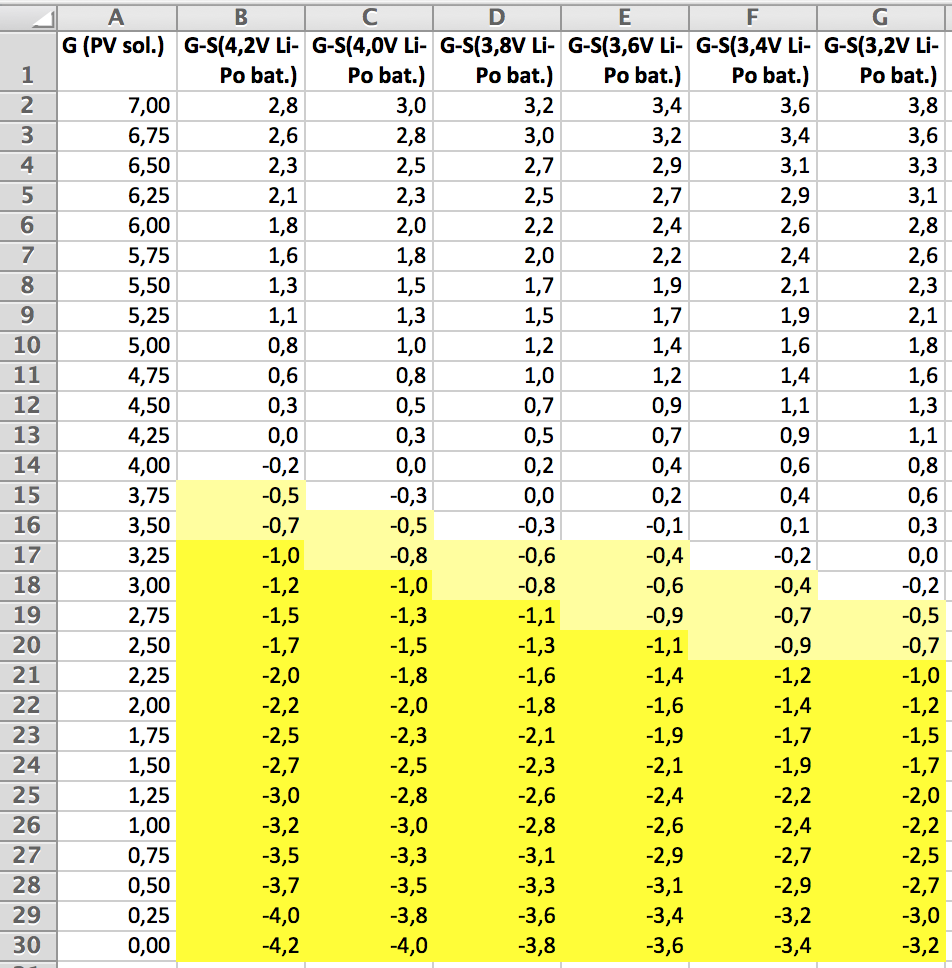 0
Circuit with switching MOSFET not working
4
Why is the MOSFET driver in this circuit dying?
1
High side P channel MOSFET power switch - gate question, and suggestions for my circuit?
2
P-Channel Mosfet + Step-up Converter + MPPT Charger
0
N channel MOSFET not turning on under inductive load
1
Voltage regulator does not start if driven by mosfet
3
MOSFET does not turn off totally
2
Solar panel as day/night switch for a load
2
P channel MOSFET switching problem