I'm hoping to hear your perspectives on which force-sensing technologies would be most reliably and inexpensively manufactured at volume. The application is a pressure-sensitive button, as are found on video game controllers, musical performance pads, etc.

One option I had considered is self-capacitive. It seems like this has the advantage of potentially being "free", if one already has an MCU with capacitive measurement support built in. The downside is that it would need to be topped with a deformable layer with a known spring constant in order to get an actual force reading.

Another obvious option is FSR (under a force spreader). I'm not sure what pricing is like in volume for these. I understand that hysteresis is a problem, but I don't think some minor hysteresis would be a big issue for my application. My bigger concern is overall reliability and cost—it seems like FSR is no longer widely used in industry, and I'm wondering why.

Finally, I'm wondering whether a single-axis strain gauge could be a good alternative. I don't know much about these. I worry that FSR and cap-touch would both be a pain to take to production, turning into a mess of manufacturing tolerance analysis. If strain gauges or some other technology would be less troublesome in this regard, then it'd great to know.

here you can see a printed force sensor 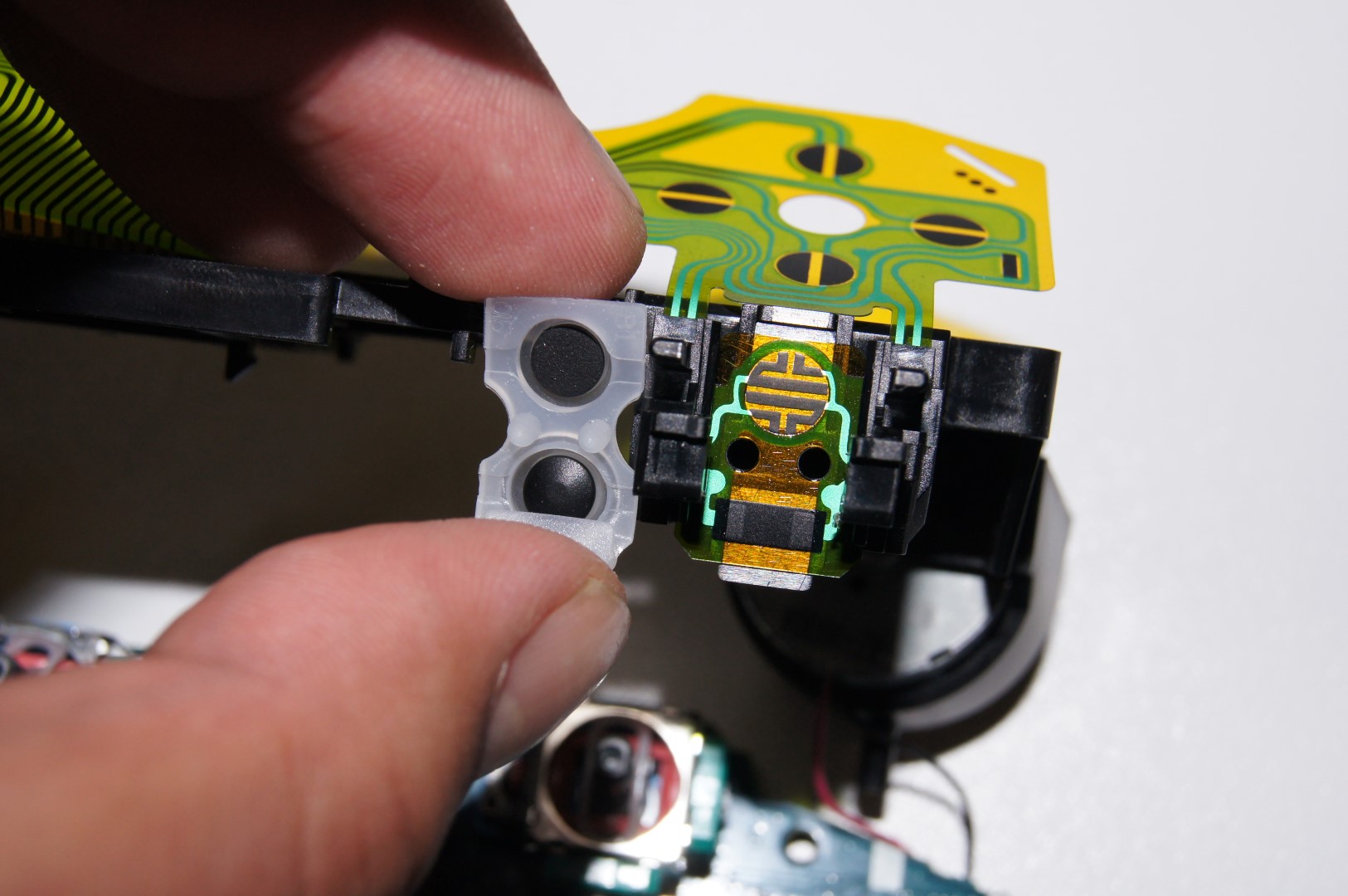 the black rectangle is a film resistor and the black conductive rubber dome bridges it progressivly. the harder you press the more conductivity the dome contributes and the lower the measured resistance is.

image from here: How do Dualshock 4 pressure sensitive buttons work?

Not the answer you're looking for? Browse other questions tagged sensor button manufacturing pressure or ask your own question.