How to Model a Bias Tee in ADS

I'm modeling a Bias Tee in ADS and I wanted to ask how to add board parasitics into the model and what should the results of a good model look like in terms of the S-parameters. This is my first time working with a Bias Tee but from reading documentation on the web it seems for a model adding parasitics is very important and staying away from the resonant frequencies in the s2p of the amplifier. My model below just has the s2p files for the amplifier, the inductor, and the capacitor. I simulated from 1-16 GHz but I really only care about 7-11 GHz. I also didn't find documentation that clearly explained how to come up with values for the inductor and capacitor so at random I picked a 3.9nH inductor and 10pF capacitor. 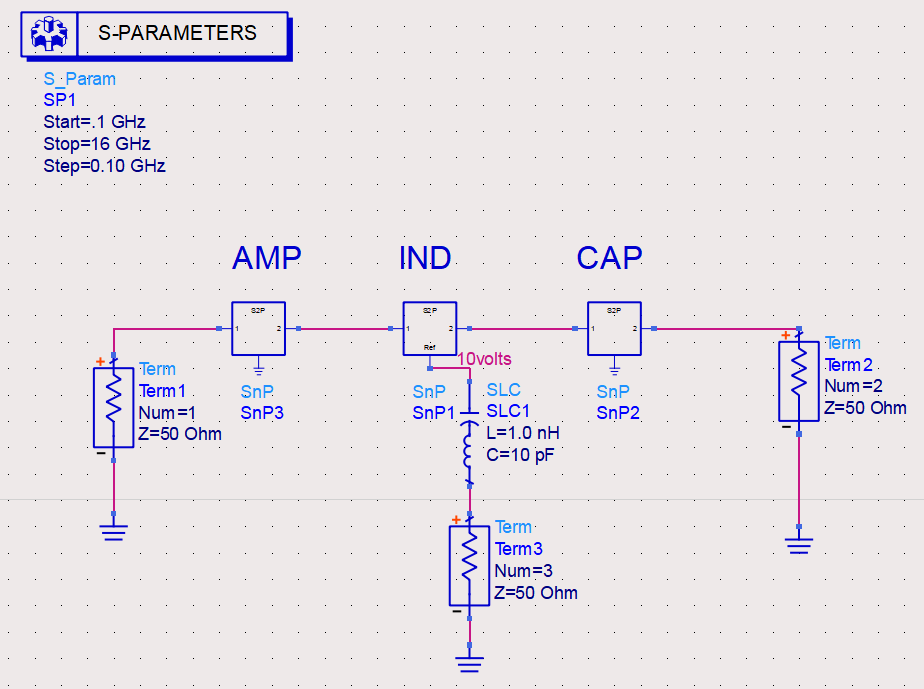 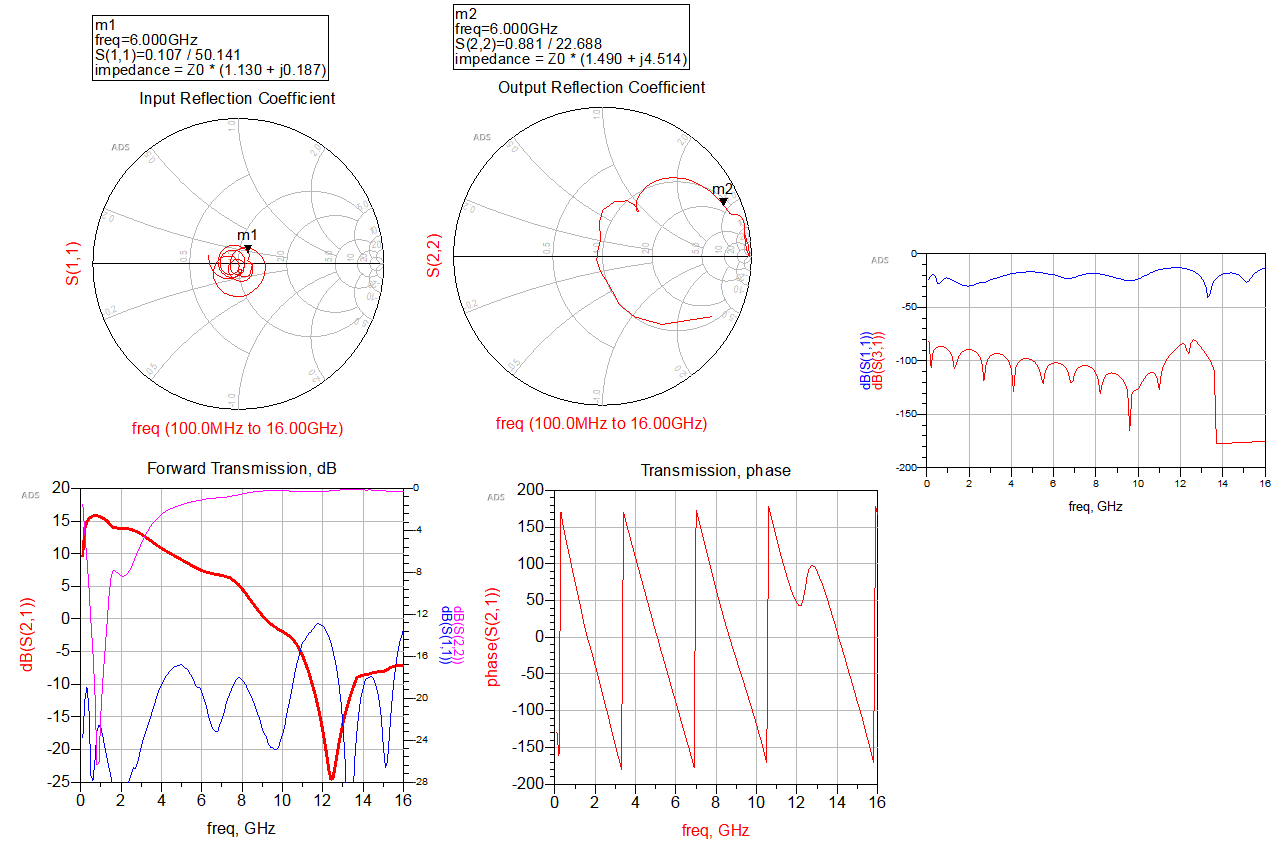 I'm hoping for the board parasitics it would be as simple as adding in microstrip line and adding SLCs everywhere. And for the results I if there is a dumb-downed explanation for what I should be looking for that would be great. I really have no clue what doing but any help at all would be appreciated.

My model below just has the s2p files for the amplifier, the inductor, and the capacitor.

In order to hook things up like you have in your drawing, you would want 3-port data for your inductor, not 2-port data. Then the 'ref'pin of the inductor S3P device could be grounded as it should be.

But I think you have more fundamental problems with your model.

You'll want to include at least an equivalent series inductance in your capacitor model, and parasitic parallel capacitance and series resistance in your inductor model. Choose these parasitics to give the resonant frequencies (series for the capacitor, parallel for the inductor) specified in the manufacturer datasheets.

IIRC, you can add the parasitics directly to the properties of the inductor device in ADS, but it might be more clear to show them as separate elements on your schematic.

With parasitics, your circuit should look something like this: 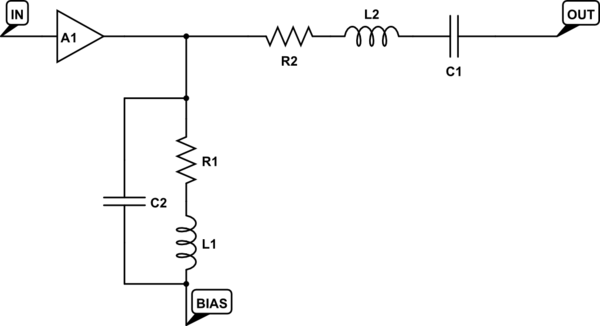 You might also find that getting good performance (high S21 and low S22) across a wide frequency band requires using 2 or more inductors in series. (or very high priced "conical" inductors)

Only after getting your design working with this kind of simple model should you start worrying about using measured data to model the inductor and capacitor.

I've seen that the SRF of the inductor is important but I don't understand why.

Not the answer you're looking for? Browse other questions tagged rf simulation bias ads or ask your own question.

0
Modifying an amp evaluation board to bias the coax?
2
Wideband impedance matching to an LNA with varying impedance over frequency
0
Calculation of Breakdown Voltage
0
Why does my ADS simulation provide no gain?
0
How to design a 180 degree phase inverter for the feedback?
1
Unexpected loadline in ADS simulation
2
Active RF Antenna power PCB layout: where to place the inductor for a bias tee?