I need some consultation on which battery of the two to use for the GPS trackers I'm designing. My trackers wakeup when there's movement only so they're not on all the time and they have low power consumption.

I need something with long battery life and to maintain a constant voltage of at least 3.4V. The LTC is more capacity efficient where a C size can have capacity of 8.5Ah compared to Li-ion where it's only 5.2Ah for the same size. But is either of them better than the other in keeping the voltage constant over discharge?

I would guess there's not much difference between the two since they are lithium based.

I had to use Lithium Thionyl battery due to higher temperature range. That's the only advantage I've found for this technology. I would advice you to keep Lithium-ion technology as long as your environmental constraints are "standard". And by standard, I mean the kind of constraints a human could endure without suffering health problems.

If you want to be sure that your voltage stay "constant", the only info you need is the standard discharge rate of your battery. Very stable voltage mean LDO in most cases. Choose an LDO with a maximum rated current close to the maximum rated consumption of your system. I would advise to use a good decoupling architecture based on vendor recommandations and maybe double the capacitor capacity from what they recommand.

If I would be very picky, I would study every different BMS (battery management systems) I could use for a single cell architecture. Some of them can influence your peak available current. And as a personal habbit, I dislike to put a battery directly in front of my functional composents.

Lithium thionyl chloride has a much flatter discharge curve than Li-ion. Here's the discharge graph of a Varta C size 8.5Ah LTC cell:- 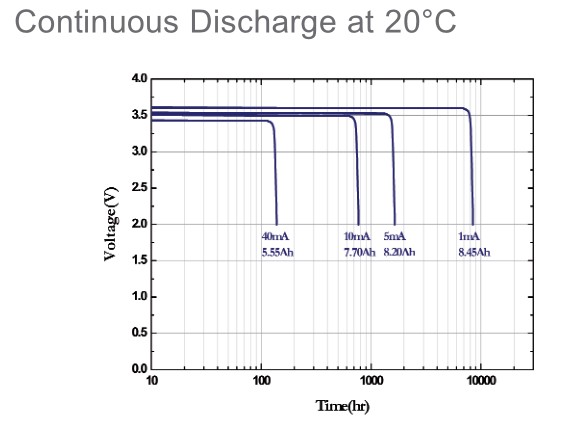 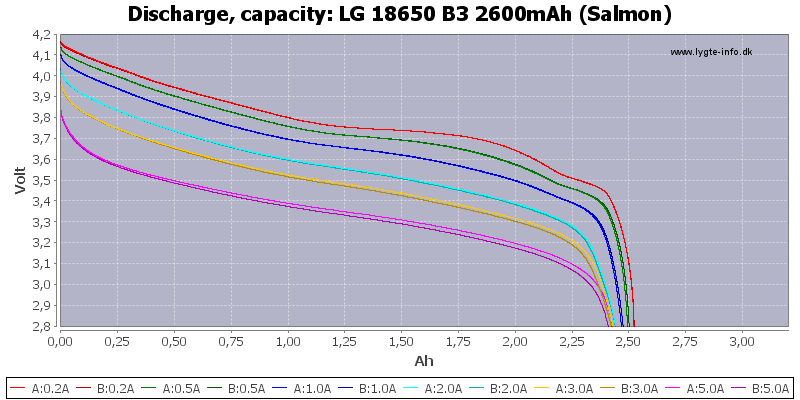 Both types maintain over 3.4V until ~90% discharged. The Li-ion cell starts at much higher voltage so it could deliver more Watt-hours than an LTC cell of the same capacity. however to take advantage of this extra energy you would need to use a switching regulator to efficiently drop the voltage to 3.3V. If you use a linear regulator it will simply waste it as heat.

So the LTC cell's higher capacity for the same size probably makes it a winner, provided the GPS tracker never draws much more than 10mA. If it draws ~40mA or higher when active then you could have a problem, because the LTC cell's voltage drops to ~3.4V at this current. On the other hand the lowest current the LG Li-ion cell was tested at was 200mA (which equals 400mA for a 2 cell pack) so it would have no problem supplying over 40mA peak current.

Li-ion cells have another major feature that may be useful - they are rechargeable. If the LTC cell needs to be replaced more than a few times over the product's life cycle then a Li-ion battery may be more cost-effective and convenient. However a Li-ion cell will be damaged if allowed to discharge below ~2.7V, so you would need a way to disconnect it when discharged - eg. add a Protection Circuit Module (PCM), or buy a pack with one built in.

Not the answer you're looking for? Browse other questions tagged batteries lithium-ion gps lithium battery-chemistry or ask your own question.

35
Regulated 3.3V from a Lithium-ion (or LiPo) battery
0
Effects of C Rating on Battery Life
1
Are there any high energy density (i.e. zinc-air or lithium-manganese dioxide) batteries without high internal resistance?
0
Charge Lithium-Ion batteries using a solar panel in parallel
1
Li-Ion pulse discharge to improve output characteristics
0
Confused on Lithium-Ion Batteries to Output 5V 4.4A for a Project
3
Using a multimeter, can I tell if a lithium-ion battery pack is brand-new?