I've been trying to make a simple audio player using the STM32F302CBT6, however, the VCC and GND pins of the MCU keep getting internally shorted when a 3.3 V power supply is provided and a faint burning smell starts to come out of it, but it does not get very hot to the touch. The PCB was tested for shorts using a multimeter before powering on.

I'm certain that the short is due to the microcontroller because desoldering it removes the short from the board.

Initially, I thought it was a soldering problem, but all three PCBs which I soldered have had this issue, including a PCB which was soldered with just the MCU, clocks, and a 3.3 V low-dropout regulator, i.e., these components: 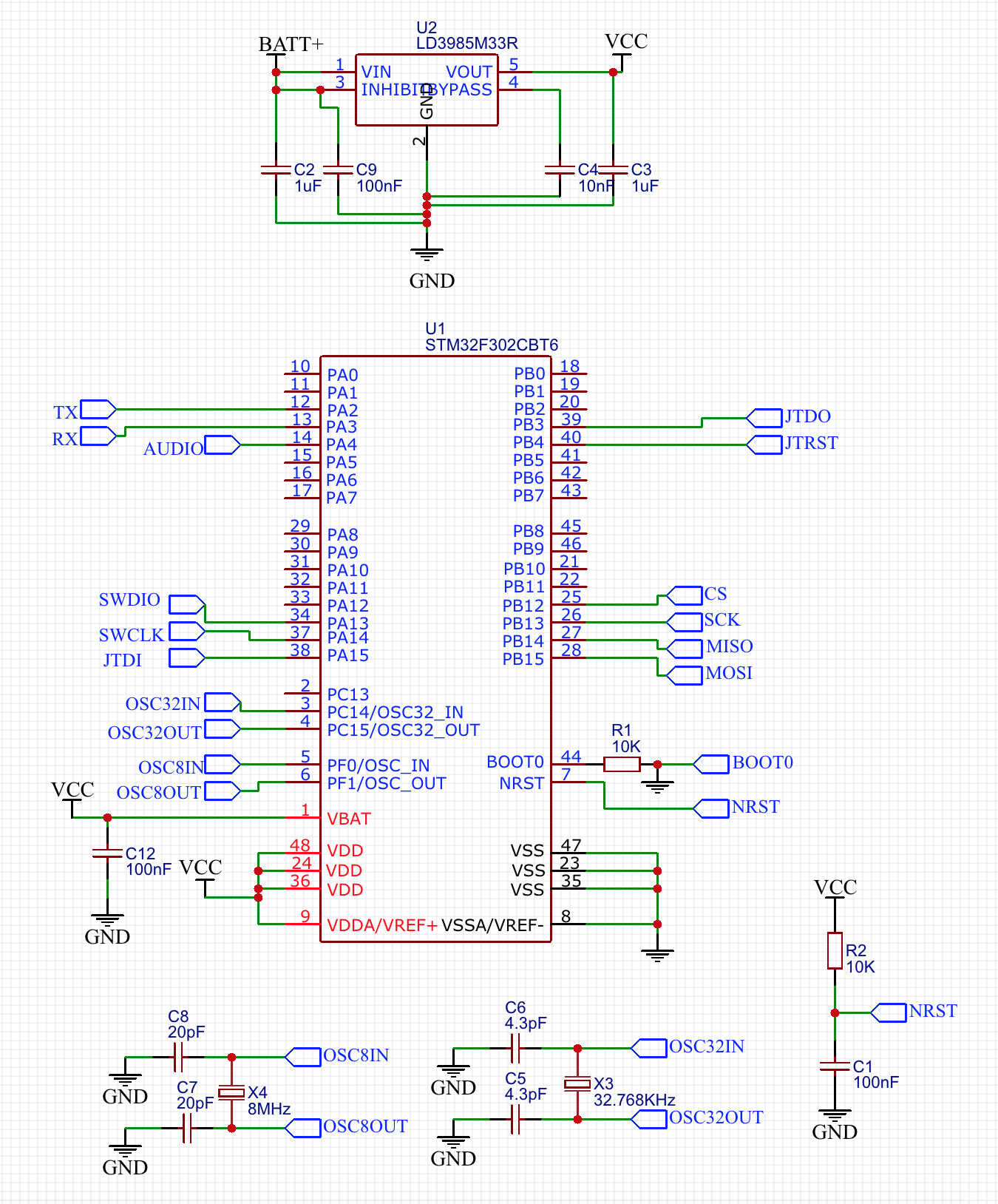 The power to the PCB was being supplied by the 3.3 V and GND pins of an Arduino Uno connected to my computer via USB.

My PCB is laid out like this (note the ground copper plane was hidden for visibility): 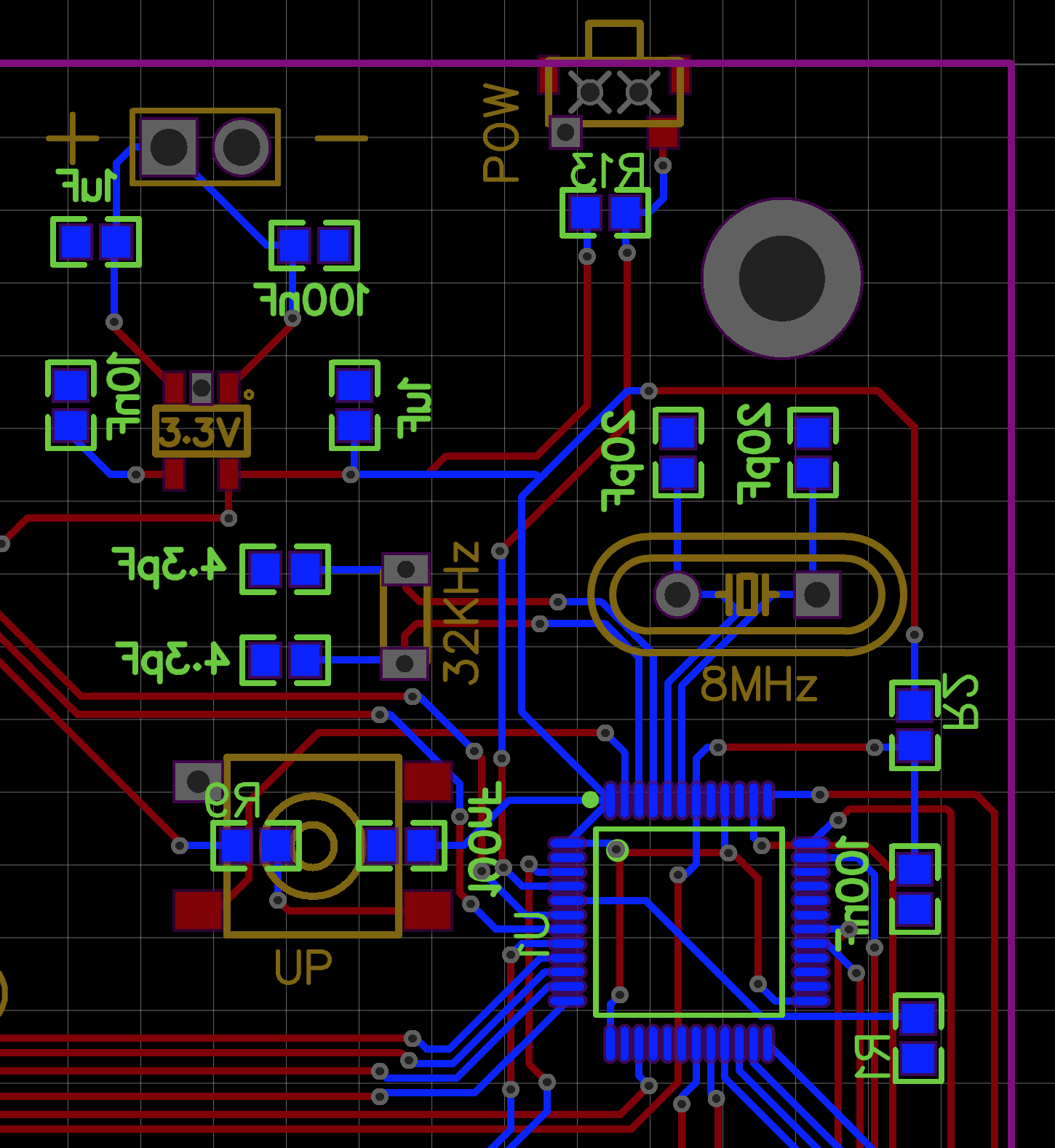 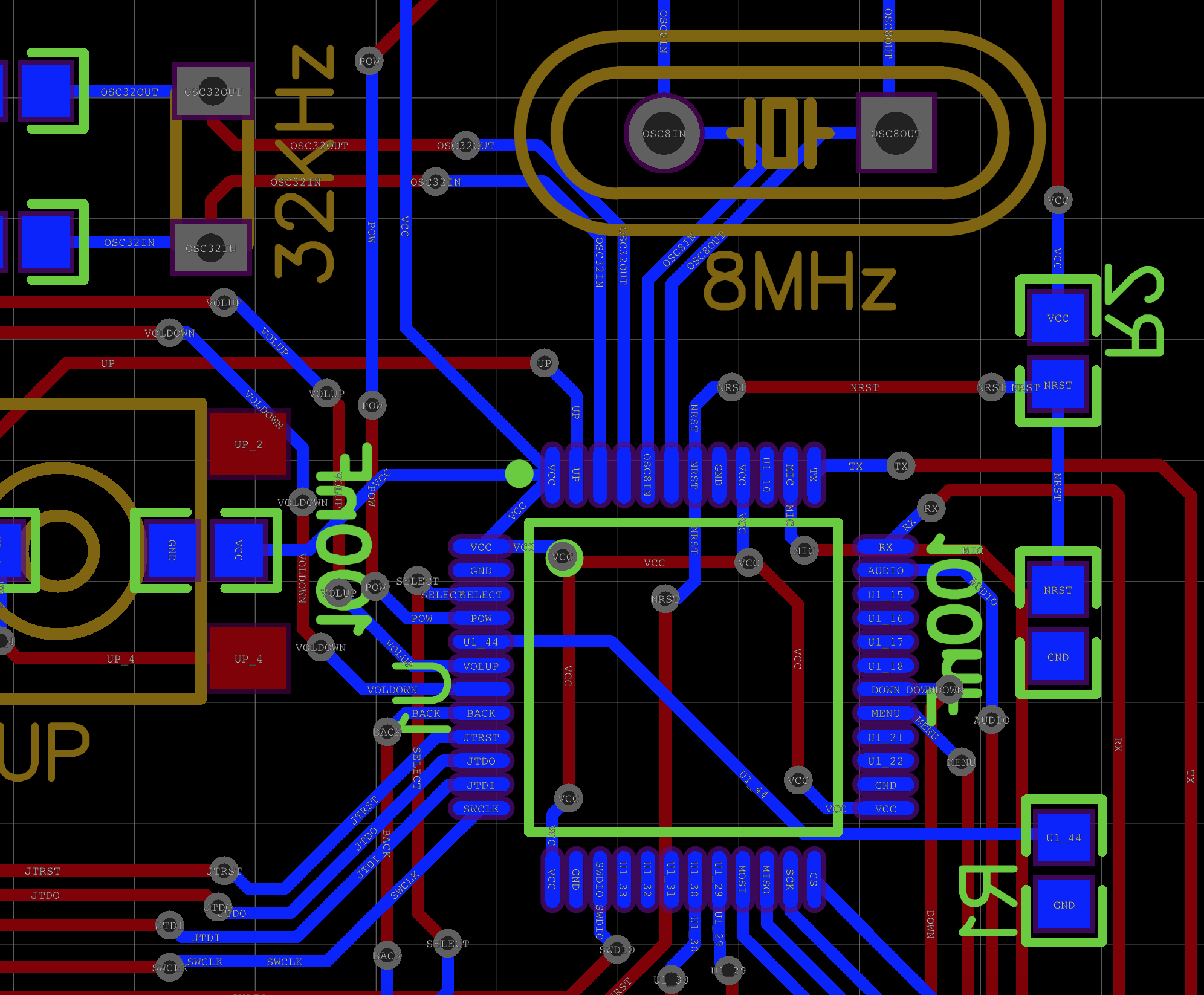 Are there any visible design flaws or issues I have overlooked which could be causing the internal short?

Long: The ST controllers have two marks on the top side, only one is for Pin 1. And most times you choose the wrong one.

The rotation will connect some GND and VCC pins so you get a short circuit.

To identify the right "Pin 1" you could have a look at the chip datasheet in the section Package Information / Device Marking. ( If you could read the text on the chip, pin 1 is in the lower left corner)

Looks like your pin count pattern goes clockwise instead of the other way. The oscillator pins should be along the left edge, not the top. The oddity in your silk screen being on the back layer suggests some sort of mirroring.

Not the answer you're looking for? Browse other questions tagged pcb stm32 short-circuit or ask your own question.

24
How do you attack a new board?
5
Debugging an MCU short circuit
10
Cannot Program a Custom STM32 Board
3
Microcontroller VDD and VSS pins are shorted. Does that mean the MCU is fried?
10
Quad SPI PCB layout
0
Could a short burn a device with high ESD protection
1
STM32F103 - Single pin shorted to VDD?
0
STM32F4 custom board design problem
18
Short circuit inside CPU during operation
2
Can't connect to STM32 chip