How to calculate small signal parameter for a BJT when Early voltage is taken into consideration?

I have proved one formula of

is formula given in Razavi, Neamen .

But I am getting

where rb is base emitter resistance and Î˛ is common emitter current gain.

Am I doing some mistake or its rather approximation the books are taking and in later case plz comment if the approximation is rather universally valid. 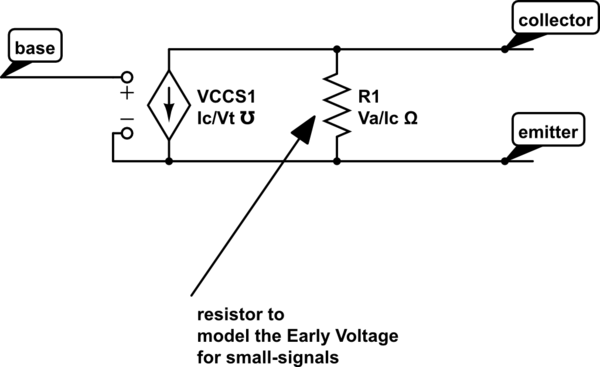 Not the answer you're looking for? Browse other questions tagged bjt small-signal or ask your own question.