One well known distortion of composite video images is called dot crawl. It shows up as a moving dot pattern at the interface between two areas of different color. It is caused by the inability of the monitor circuitry to adequately separate the luminance and chrominance signals.

Here's animated GIF I made out of 20 frames of video (original video):

Look at the Ok text in the middle: the dots crawl inside O letter out of its white image two pixels off, and there's clearly one or even two blue pixels in between from both sides.

If I tune frequency of the carrier, the dots stop moving, but they keep hanging in their odd locations.

The effect is seen on all the pixels of the image, the O is the best it is seen with. Image feels like being floated on the wavering water, or another analogy: like you have a fire in front of the image and hot air makes it waving when you look at it.

How can TV I use (40-inch Samsung LCD) have such far away crawling, and what could be the cause?

Is it more problem of encoder, or decoder in the "too clever" TV?

I have used reference circuit for the chip, removed all options like switching standard - having it NTSC with YTRAP set up with 68 uH inductor and 28 pF capacitor. When I had additional diode, cap and resistor tied to standard selection pin I had even worse picture; now I am trying to see if I can have more or less acceptable pic with all the possible fat cut.

Update 1: I disconnected YTRAP circuit from pin 12 completely, and crawling did not change. But I would say overall image quality improved! Now characters on the screen are extremely sharp. If not crawling I would be exceptionally happy.

Update 2: I reconnected RCA connector to the luma wire in hope having precise and beautiful grayscale picture, but got the following instead for white chars on black background: 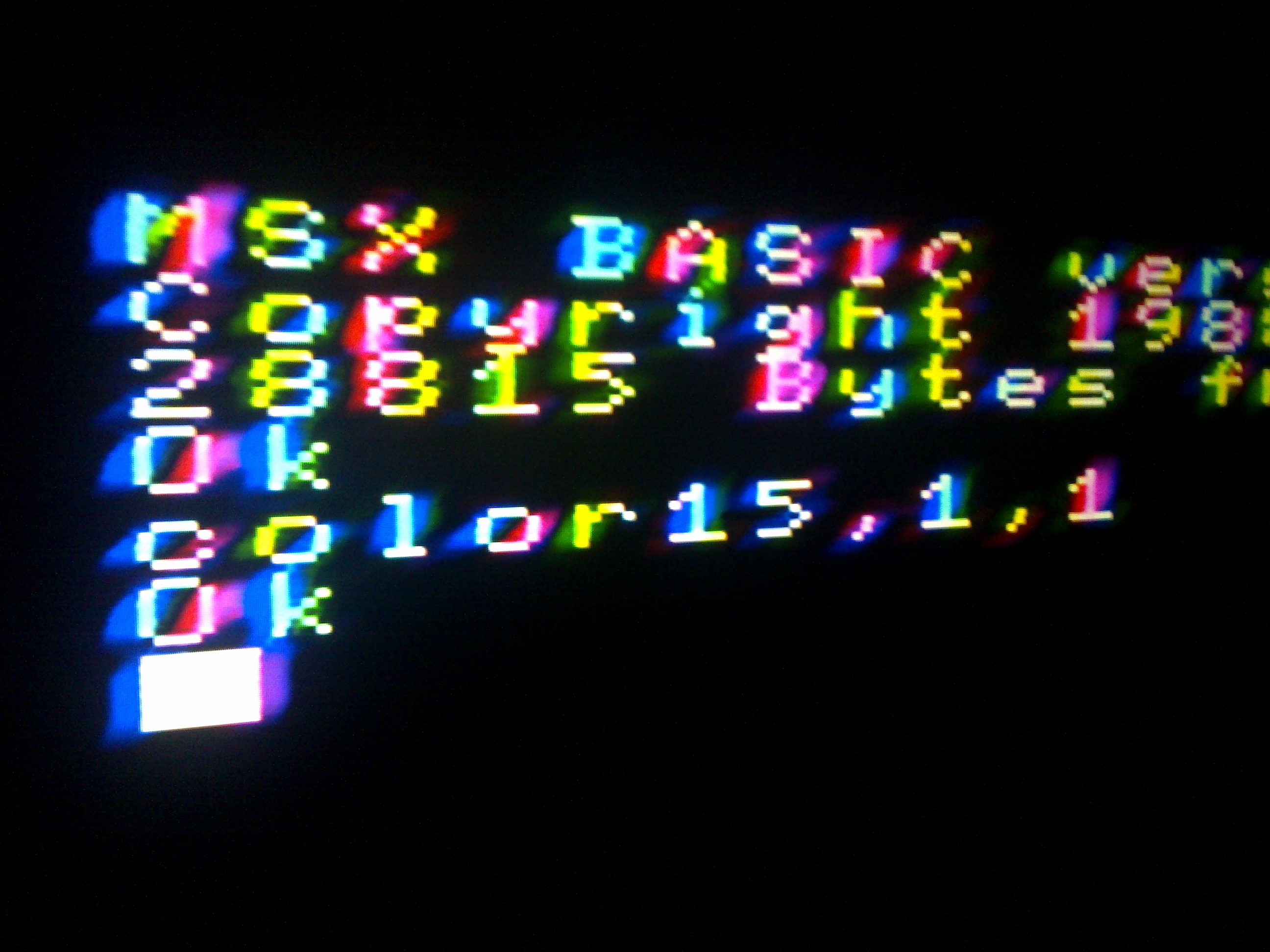 Do I miss something, and pure luma signal from the S-video set of wires gets into chroma band? Interesting that white chars on blue background are displayed excellently (in grayscale), but when black chars on gray background screen flickers heavily at the top 1/3 of the screen.

Update 3: Took the scope to see what is going on.

Below is luma output 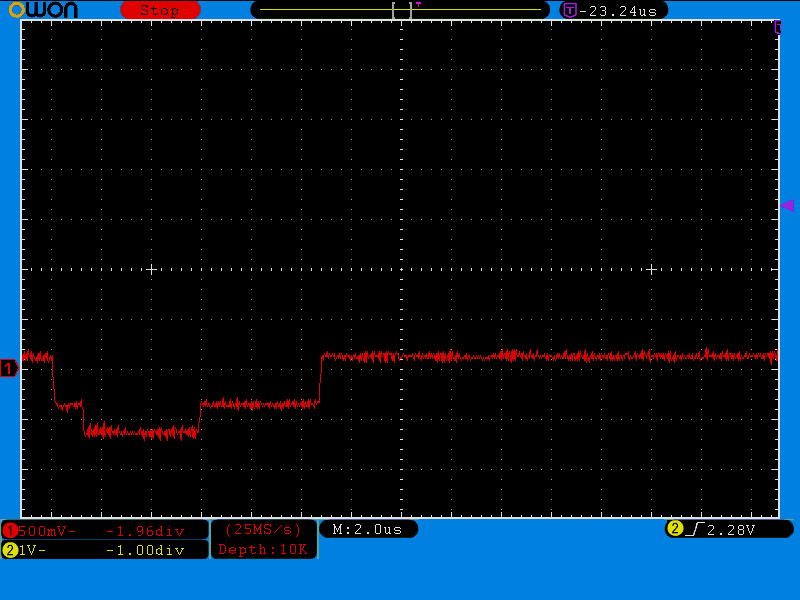 And below is chroma output 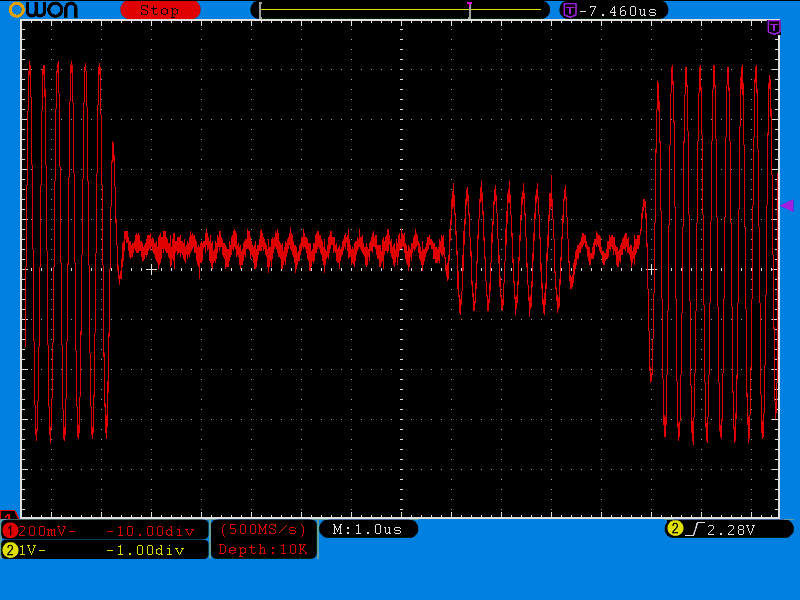 And blow is composite output: 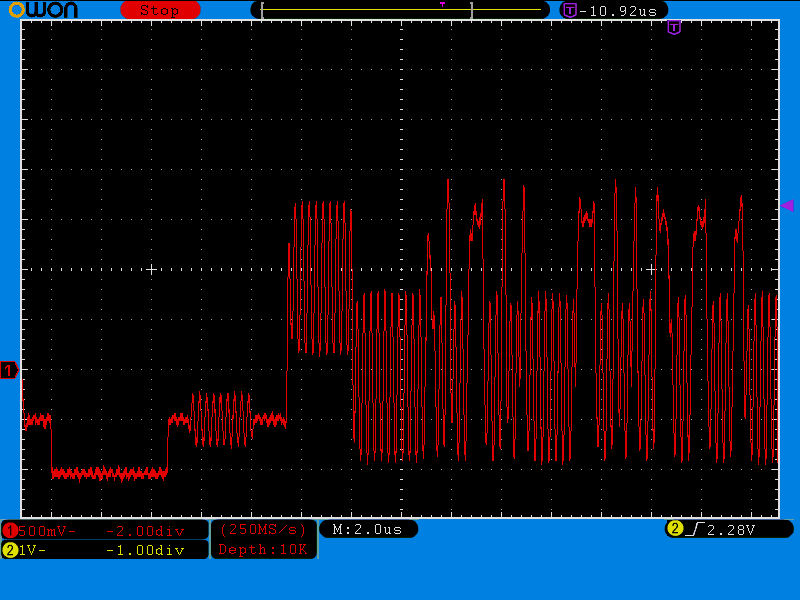 I think FSC (279 ns) is hugely affecting both signals.

But I suspect it could be normal as datasheet is having the following pic, showing the same noise on the composite output. 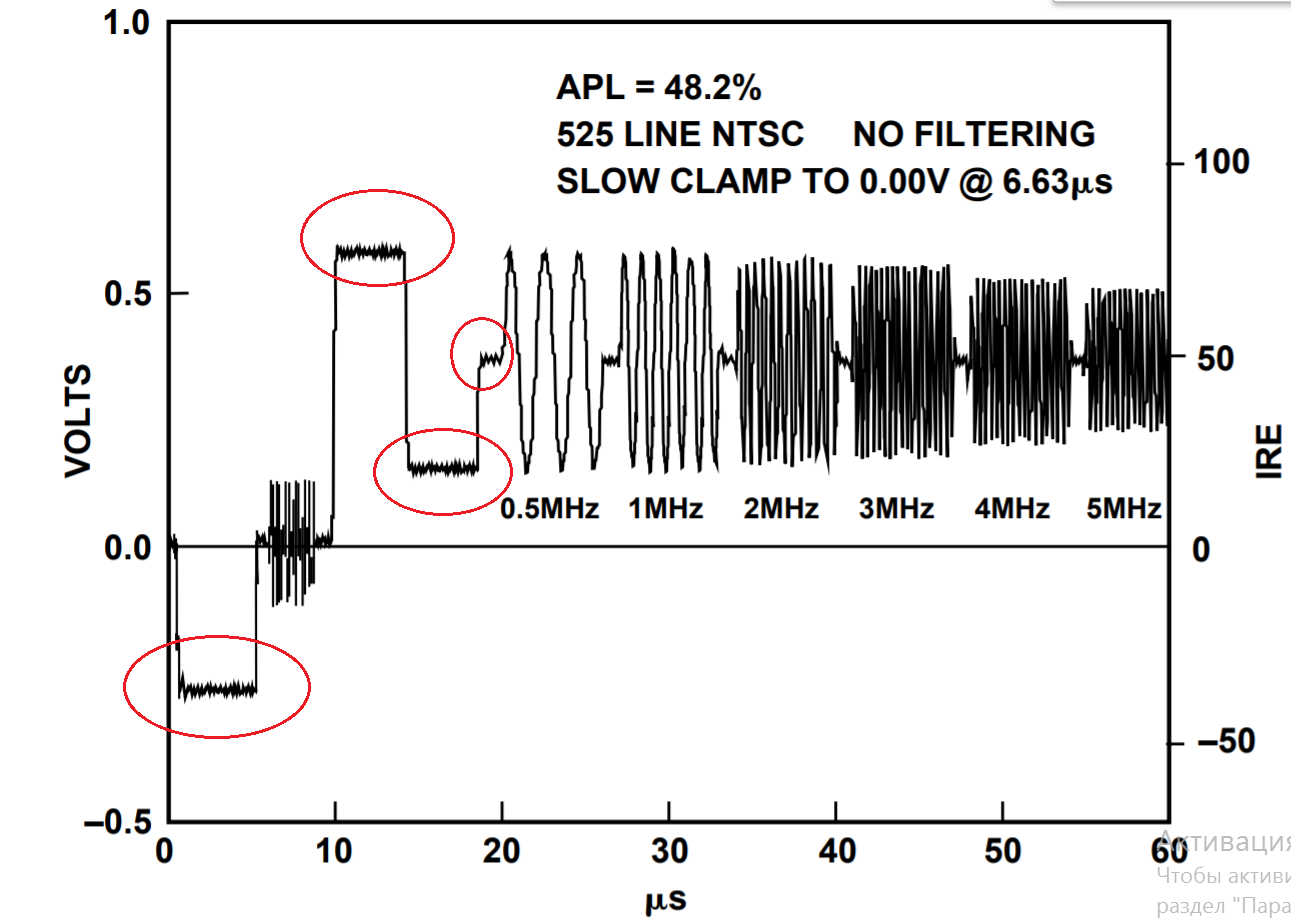 The artifacts you're seeing are due to limitations in your luma trap Y/C separation technique.  So you are seeing interleaved chroma/luma aliasing at a low harmonic difference frequency. Increasing the Q may reduce this but possibly also increase group delay with ghosting.

You might try to reduce the contrast (Gain) in the Y or saturation gain in the C channel of signal being created.

The AD745 chip uses a prefilter and a 8Fsc sampling clock after the delay line followed by an LC LPF filter for Chroma.

Apparently the CXA1145 is even better than the CXA1645 for these annoying “jail bars” when the clocks are sync’d.

If you use S-Video the luma and chroma are always kept separate and do not have this problem.

Ps. A tripod or resting spot, helps with the GIF motion. ;)

For even a HIGH_Q prefilter, you need a successfully designed "filter" which has both a series element and a shunt(highQ) element.

Using the coax-cable impedance as the input/series element may be the only option you have considered.

But how about this

1
Can I use this rf module with HT12E and HT12D?
0
VS1053B Audio Codec and MP3 Question
4
AD725ARZ wrong colors
4
Connecting luma only output to composite input
2
Practical question on high resolution to composite/S-video
0
What is the difference between kernel and filter
0
Optical encoder from printer always has about 1.60V on output