How to calculate error amplifier output in amplifiers

In the previous question I asked here, we found the transfer function of an ideal summing integrator:

I tried applying this to my simulation but come up short. My understanding, based on the simulation is that the circuit integerator acts as a filter to the sum of the two inputs with a -3dB frequency at roughly 41kHz. I'll attach pictures of the simulated results below at 1kHz but i increased frequency until i got 3dB attenuation and it was around 41kHz.

My question is, how can the equation above be accurate when it depends on frequency and a lower frequency means a higher gain? At 1kHz using the values of the simulation below at t = π/2:

This does not match the plotted value of roughly -3.7V. This calculation becomes more wrong as the frequency changes. In the time domain, the integral equation also does not make sense with huge numbers generated by the time constant 1/RC. How can I mathematically express the output of the error amplifier in the below circuit better? 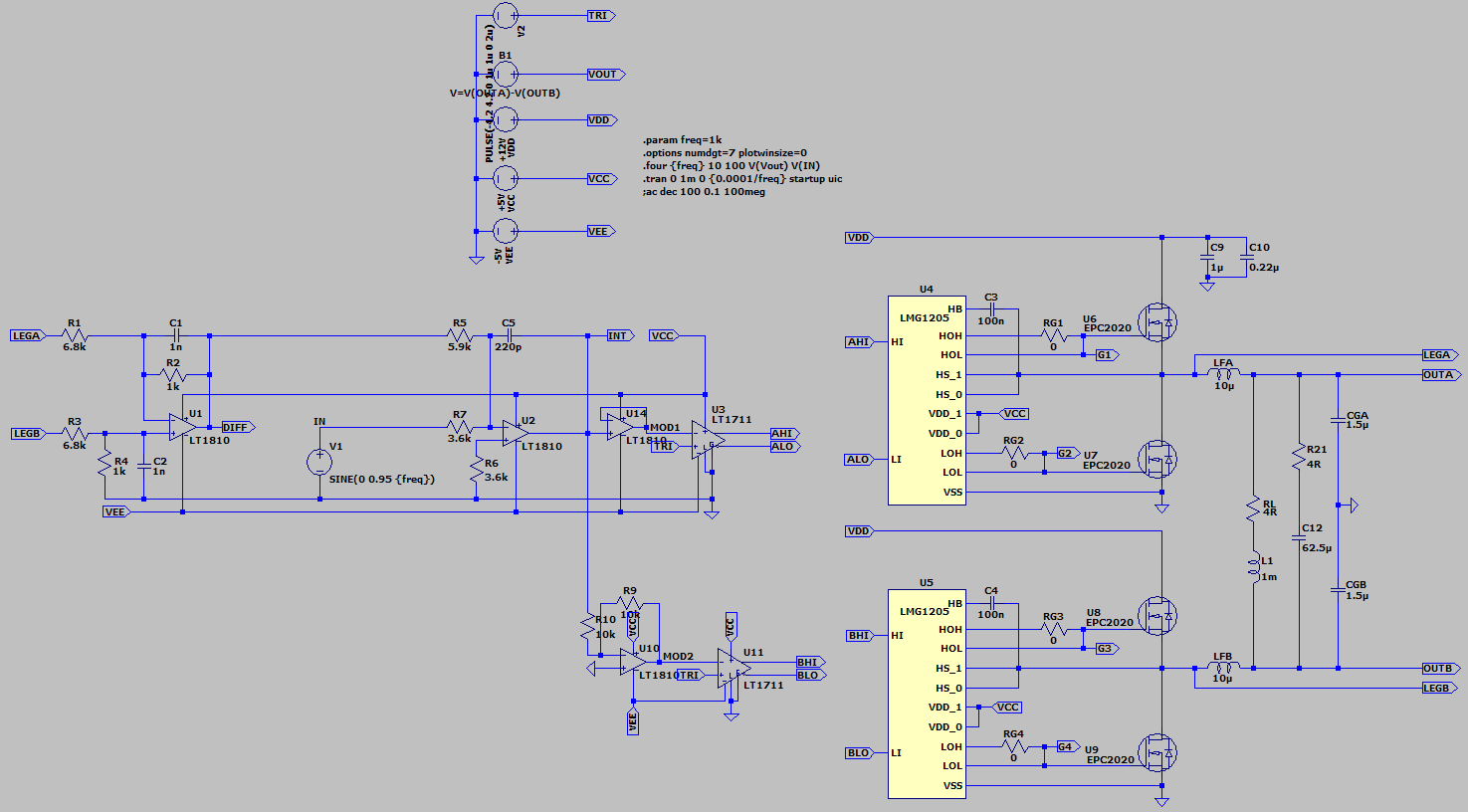 To be clear: Green is input, Red is feedback signal and contains 1MHz triangle wave ripple. I assume this ripple is caused by the 1/RC relationship on the differential amplifier (U1) where the square wave inputs are attenuated and integrated. And blue is the output of the error amplifier/integrator (U2).

Edit: From the advice of Sunnyskyguy EE75, i'll attempt to construct a transfer function based on the loop shown below.

G1 is the preamplifier gain that is not included in the simulation.

H1 is the differential amplifier gain:

Vout is a peak to peak sine wave of roughly 12V so this makes sense with resistors R2 = 1k, R1=6.8k looking at the waveform.

G_PWM is simply Vint as a ratio of the carrier signal which is a triangle wave 500kHz +/-4.2V:

Gint is still unknown to me.

VN is noise introduced from switching/deatime.

Ignoring the voltage gain of the Half bridge and just making a feedback loop of the filters;

I get a feedback loop with a fixed low gain <1 proportional to the 500kHz carrier with k1 from R ratios and T1,2,3 from RC products. 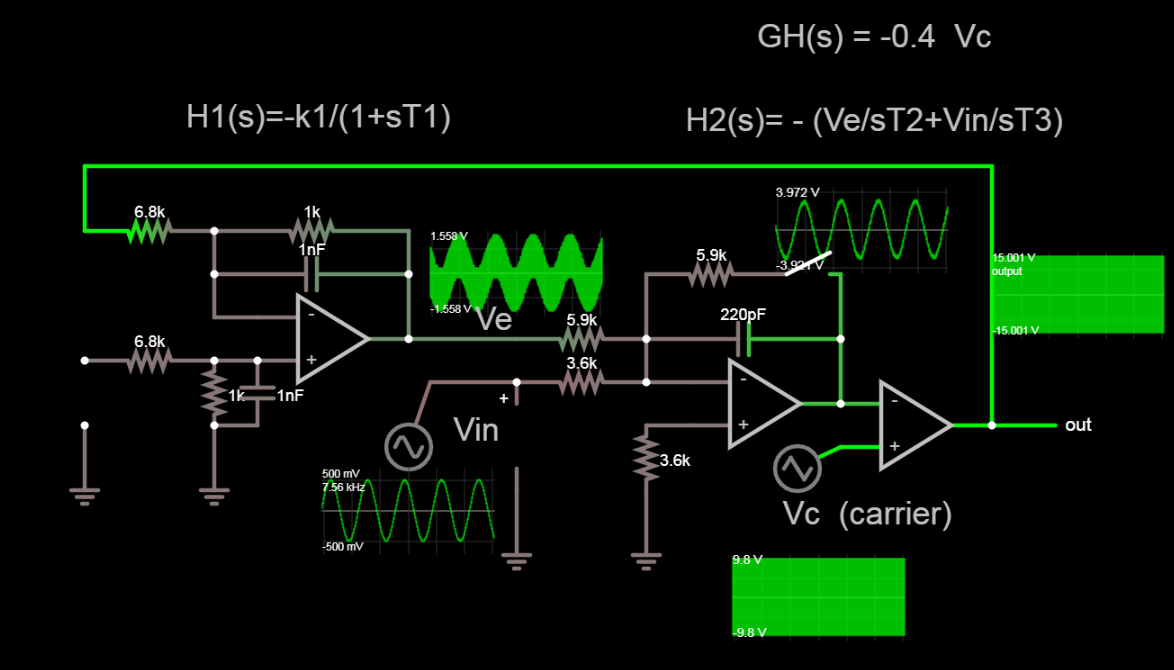 I did not bother with the equations but rather direct into simulation with a slider for signal frequency.

Not the answer you're looking for? Browse other questions tagged amplifier integrator class-d error-amplifier or ask your own question.

2
Transfer function of a summing integrator