how to correctly power the LED of a push button?

My question is, wether you have to use a resistor for this LED and if not, how this actually works that the LED can accept different levels of voltage?

Would an LED rated for 12V even lit up when powered with 6V? I actually bought a step-up converter to be able to use this LED with my 5V power supply. But now that I've read that you could use 6V, I am asking myself if I even need that step-up converter. What do you think?

The bush button has these specs. I don't have a data sheet for the switch, but it is called "LA16JS". Both of them seem to use 12 V for the LED. 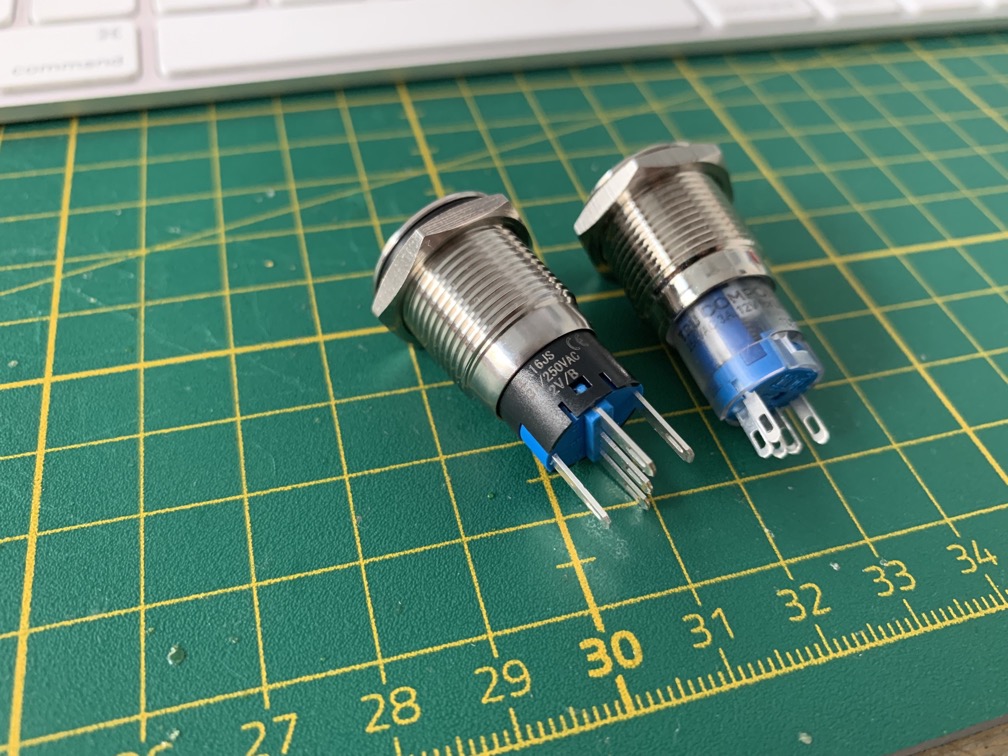 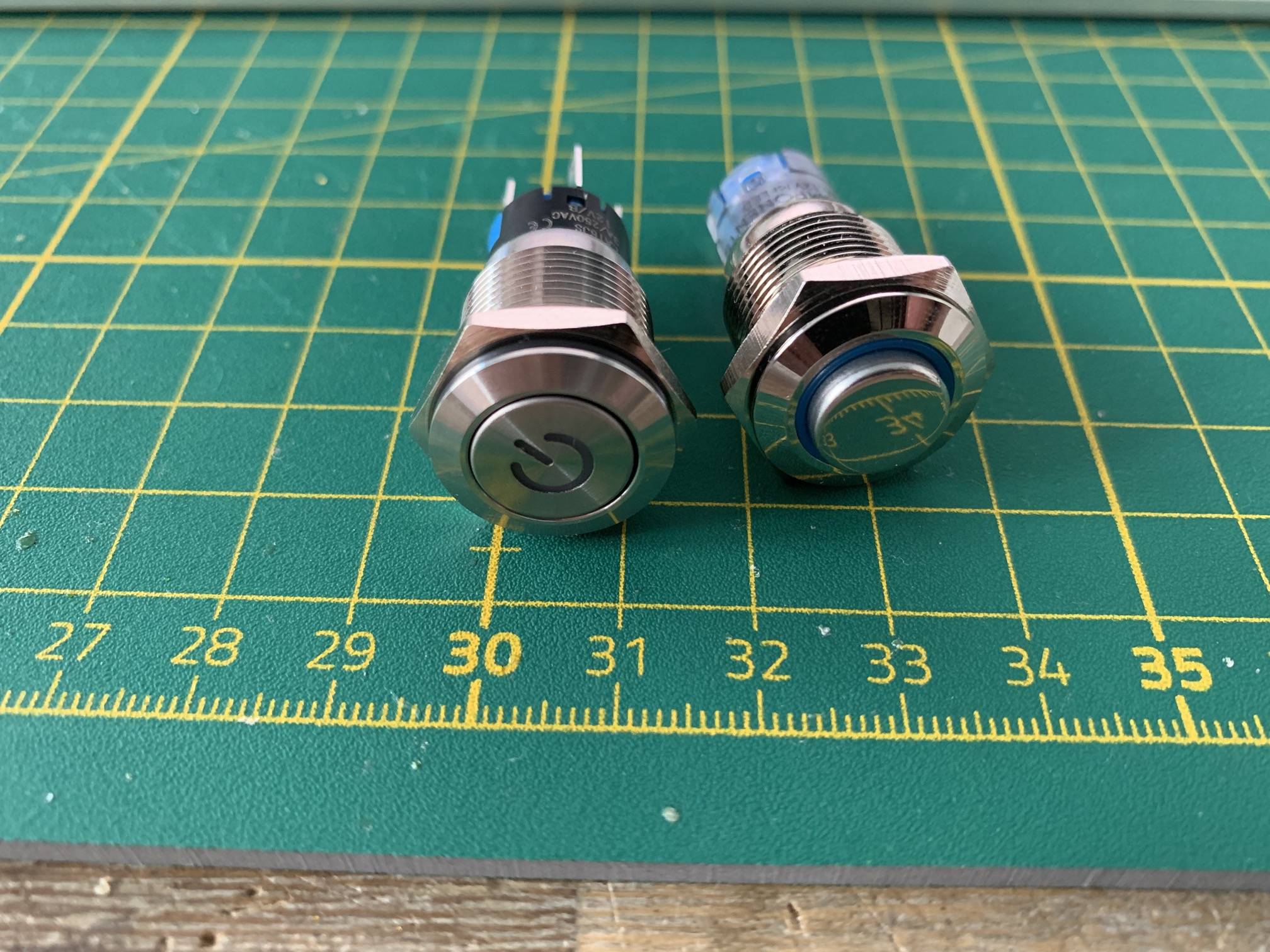 The datasheet you linked to covers multiple variations of the switch. I count 14 different part numbers. There are multiple voltages and colours.

The note under the table states there is a resistor included in the switch and special voltages can be made to order.

It is probable that the LED will light up on the 12v version if you apply 5v, it will just be dimmer - that may be acceptable.

I would say, try it. Apply 6VDC to the LED and see what happens. If it works, try applying 6V reverse polarity, which is unlikely to harm a 12V LED. If it lights in both polarities, that cinches it, there is a conditioning circuit designed to allow multiple voltages.

Not the answer you're looking for? Browse other questions tagged led resistors switches dc-dc-converter button or ask your own question.

0
What kind of power supply should I be using to power the incandescent bulb inside the Big Dome Push Button?
0
5 pin push button switch with LED AC wiring question
4
How does this button work without any circuit closing device?
2
Inverting a push button
0
Resistor for a LED with high limits
0
Push button switch with “hysteresis”
0
Open and Close Circuit automatically (Automate Push Button)
1
Illuminated LED and push-button using only 2 wires
3
Push button for different actions in every press?