I'd like to match the impedance on one of my PCB traces.

For this I chose to use TNT Field Solver. 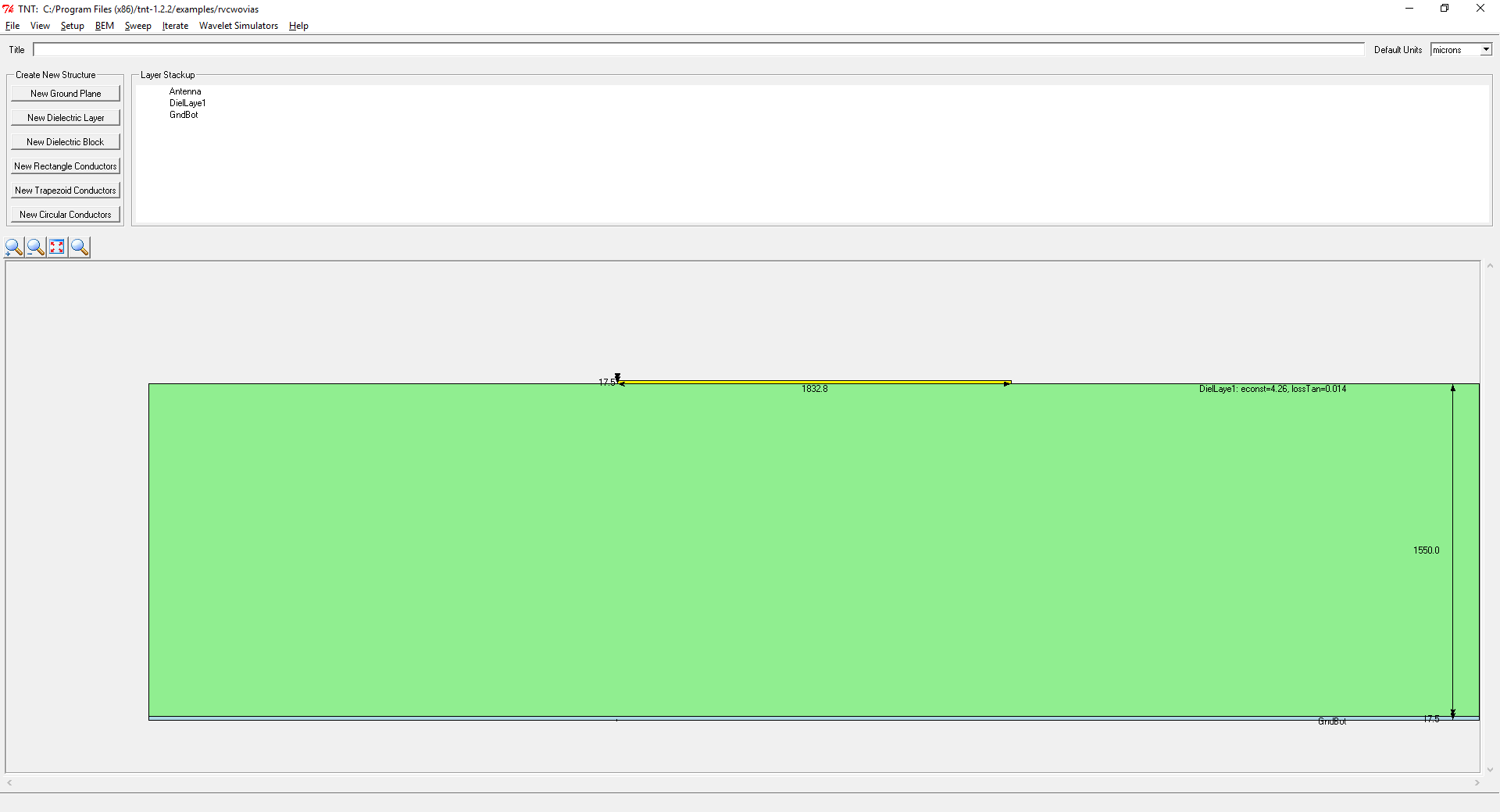 It will iterate the trace width to match 50 Ohms, but in this case trace width is recommended to be 3082 micron (>3 mm) which is really huge so I think this is not the right way to do this.

Now I can add a GND plane also to the top like this, but how can I handle the 'air' between the trace and the top GND plane?

I have 2 questions here:

1.) How can I insert 'air' between the trace and the GND plane? (obviously it is not air, but there is no metallic conductor there)

2.) How to include vias in this calculation? 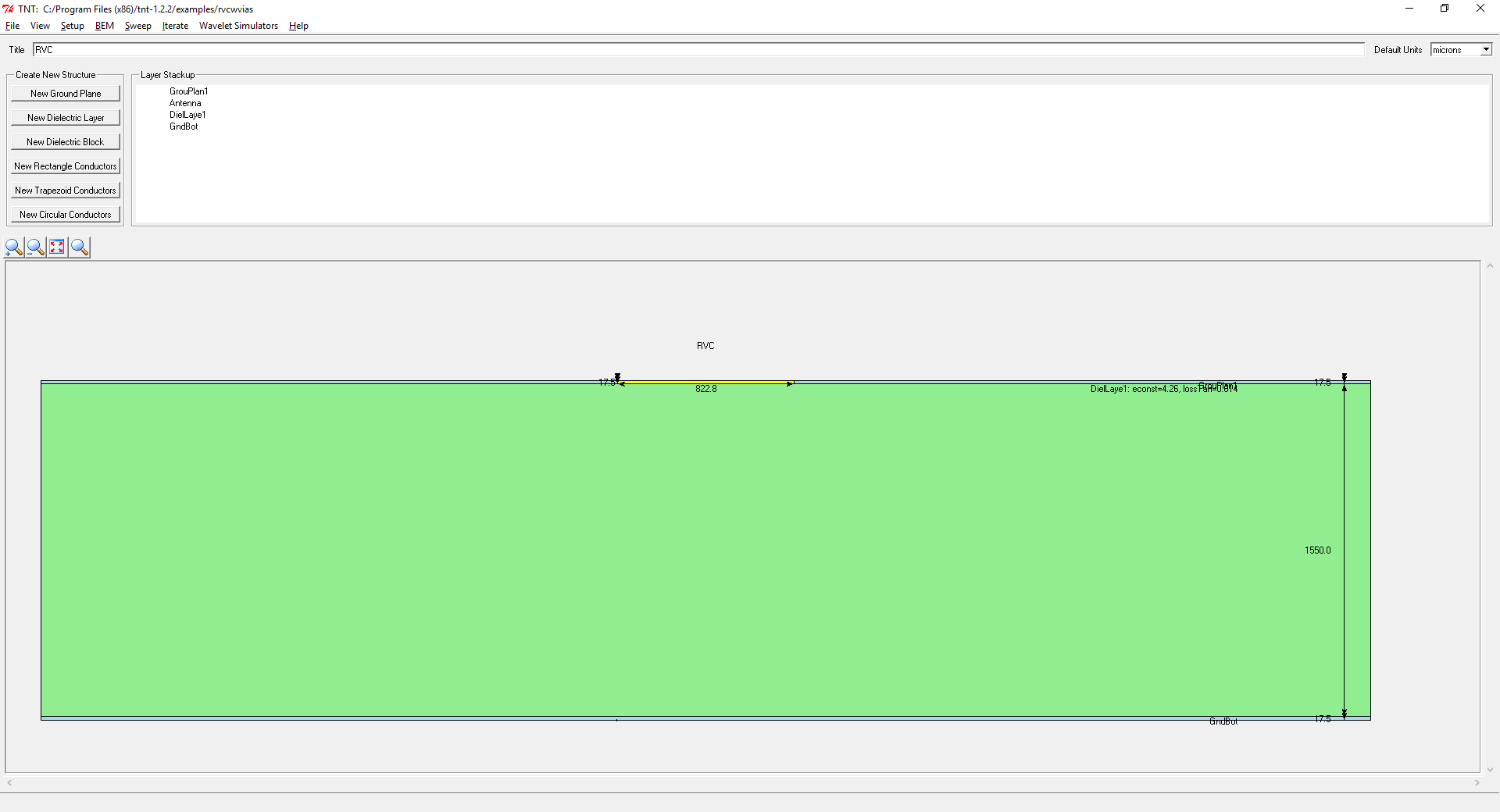 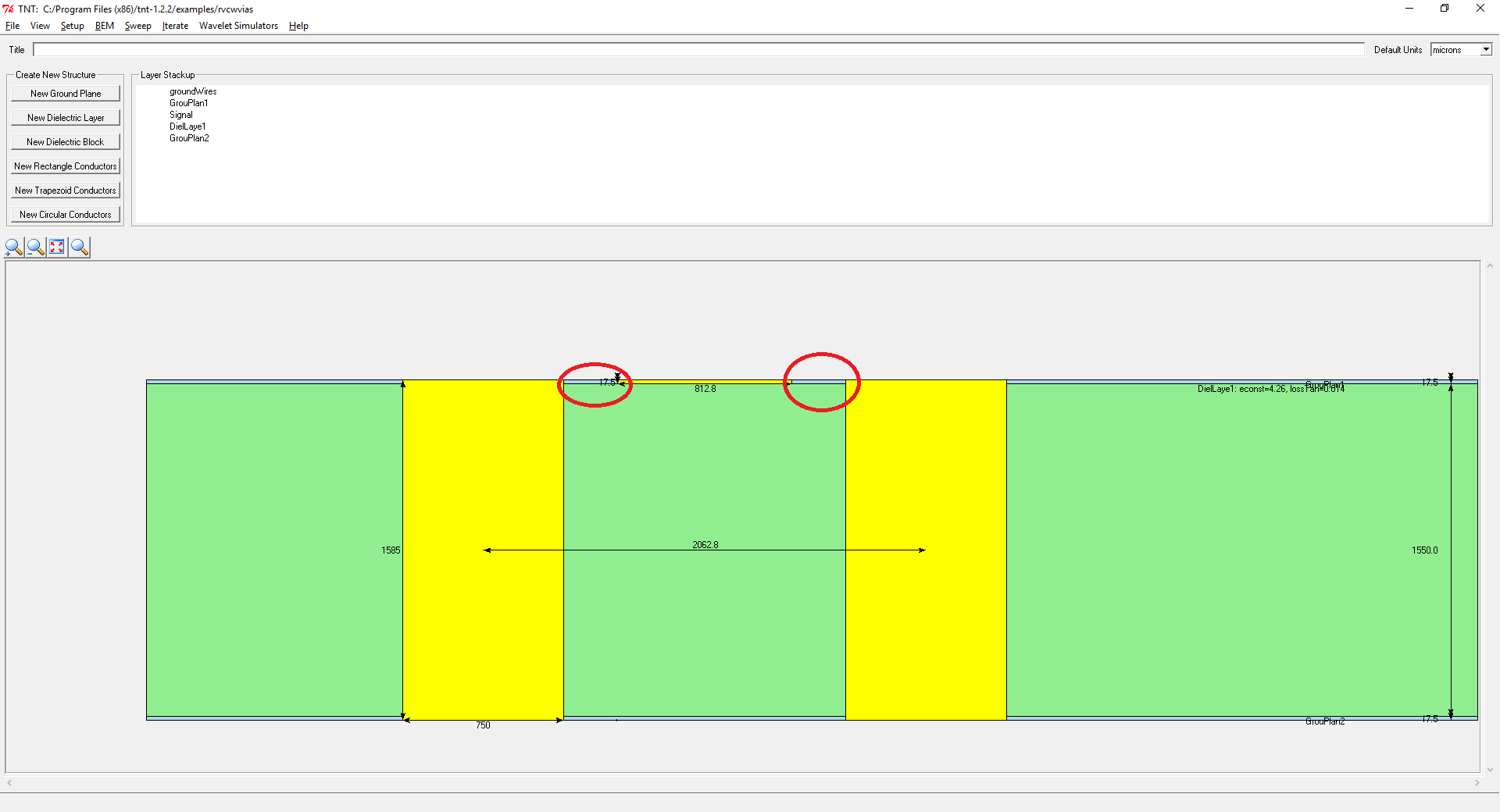 A rough rule of thumb is that a 50 Ohm microstrip will be close to the same width as its distance to the reference plane. So your simulation isn't that surprising.

You can reduce the microstrip width by choosing a thinner board, or using top copper fills as you show in your question. The copper needs to be close to the microstrip to have an effect. And it needs to be well stitched to ground. Google "coplanar waveguide".

A 4-layer board will give you a much closer reference plane :)

As far as TNT, try this: to your cross-section, add "New Rectangle Conductors" and name them "groundWires" (the capitalization is intentional, but don't use the quotes). Then, in the details, choose number=2 and adjust the spacing accordingly. The spacing won't be intuitive :)

Not the answer you're looking for? Browse other questions tagged impedance-matching or ask your own question.